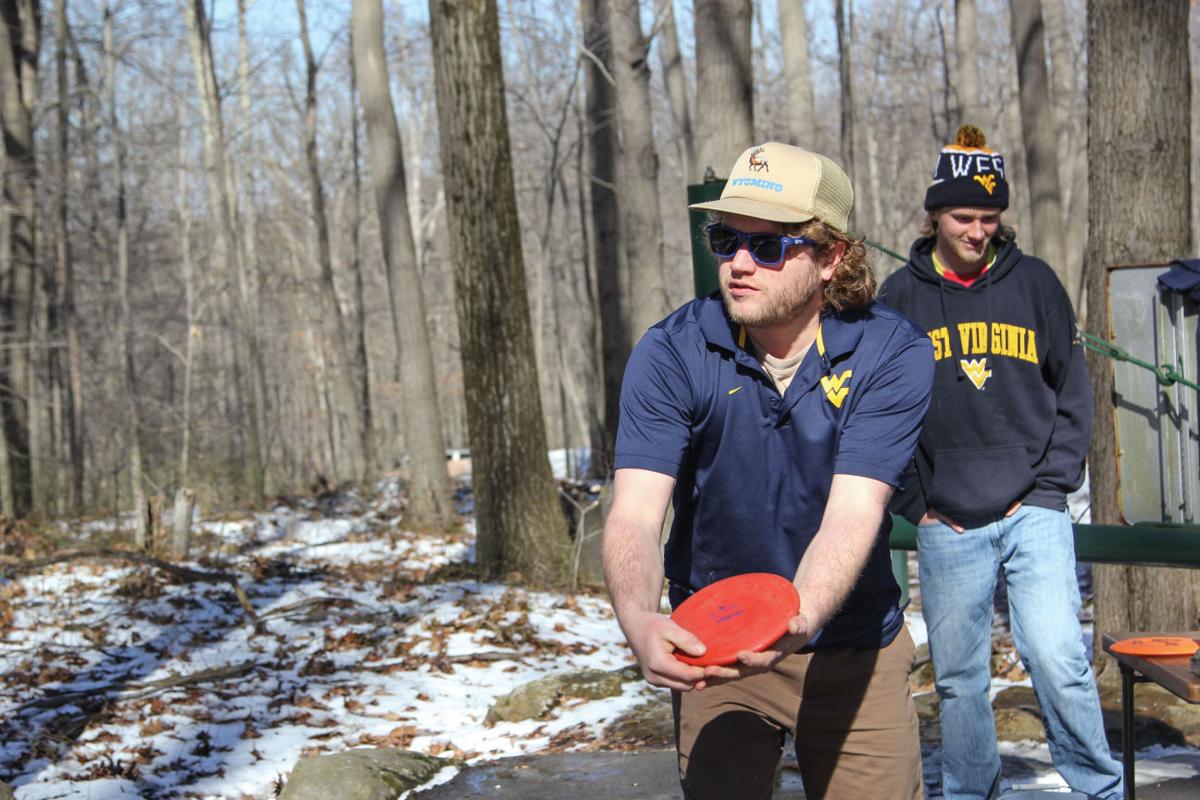 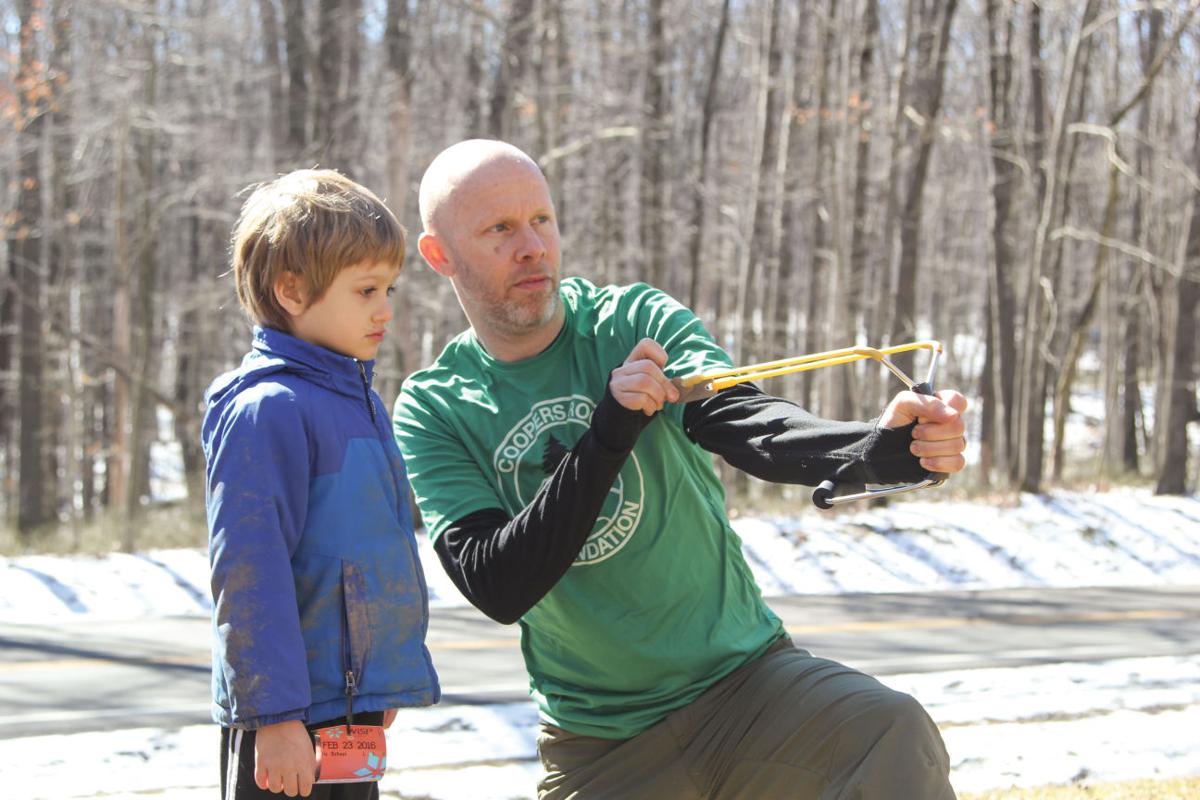 Mark Jones shows Lucas Gracia how to shoot his slingshot.

Mark Jones shows Lucas Gracia how to shoot his slingshot.

Over the weekend, the weather in Morgantown spiked to a high of 65. The warm weather and melted snow created a unique setting for Winterfest. However, the Coopers Rock Foundation continued the festivities with some "no snow" activities.

In the past, the festival would have offered cross-country skiing, snowman building and snowshoeing. However, this year the snow was substituted with beanbags and other various activities. In the day use parking area, the Foundation set up a Snowball Target Range, with beanbags instead of snowballs, a temporary Disc Golf Course, a Slingshot Paintball Biathlon, Women’s Frying Pan Toss and multiple guided hikes.

"This is our fourth or fifth annual Winterfest, and we do this event to promote winter activities at Coopers Rock," Coopers Rock Foundation Board Member Ted McMahon said. "Of course it is not really wintery here today, we usually have skiing events, snowshoeing events and stuff like that. The Outdoor Recreation Center normally comes up here during Winterfest and bring skis for people to use. This year, we’re doing events that don’t really require snow."

Local organizations such as Mountain SOL program and the WVU Disc Golf Club dedicated their time and talent to helping Coopers Rock. The event encouraged people from Maryland, Pennsylvania and West Virginia to come out and support the state park.

Unlike most festivals, Winterfest did not have many large groups of people standing around. However, upon close examination, people could be seen hiking around the forest with their kids and puppies. Winterfest allowed participants to be active while enjoying all of Coopers Rock State Forest’s natural beauty.

This year, the Coopers Rock Foundation raised money for a new facility, which was unveiled in the middle of festivities.

"We like to promote outdoor activities here at Coopers Rock," McMahon said. "The proceeds go to the Coopers Rock Foundation. This past year we had raised money for the new restrooms in the day use parking lot. We raised about $34,000 to have the restroom installed."

The Coopers Rock Foundation is not stopping at the restrooms, they are continuing to raise money to improve the park’s existing structures.

"Our next project is going to be to repair some damaged structural beams in Picnic Shelter 3 which is up by the overlook," McMahon said. "That might be about a $12,000 project."

For more information about the Coopers Rock Foundation, visit http://coopersrock.org/.