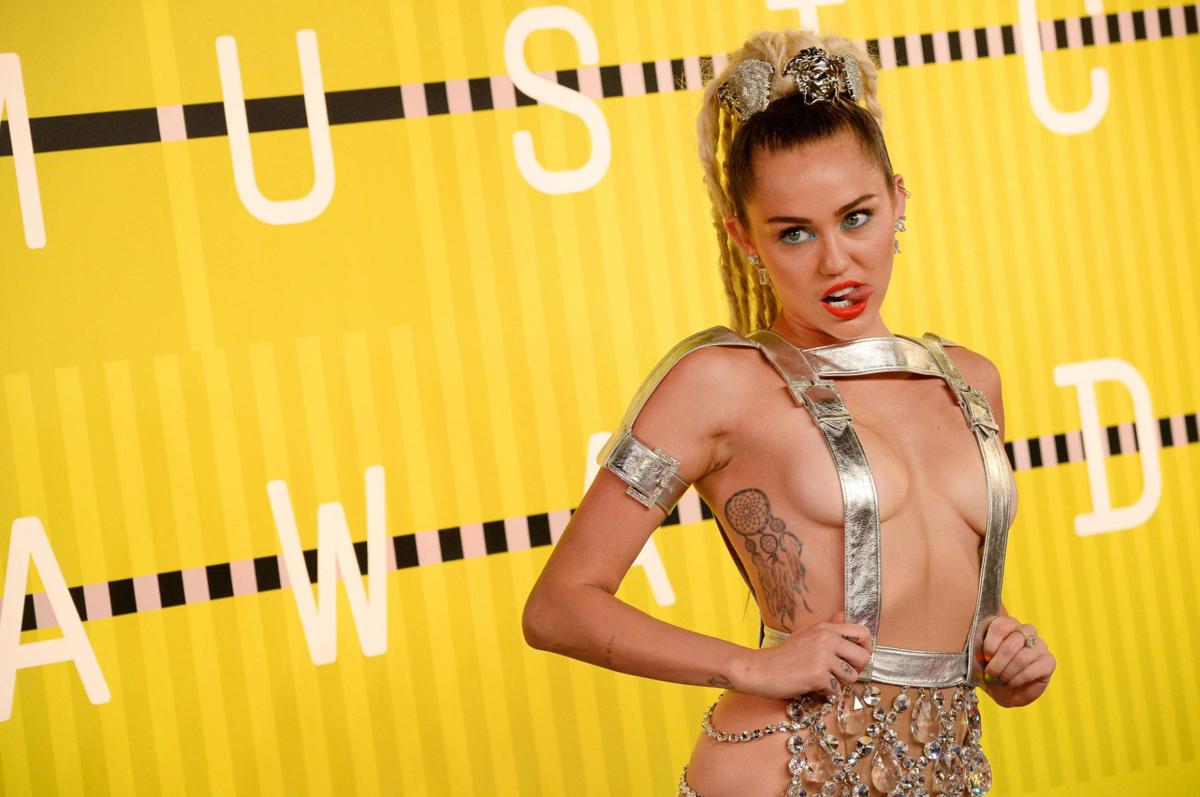 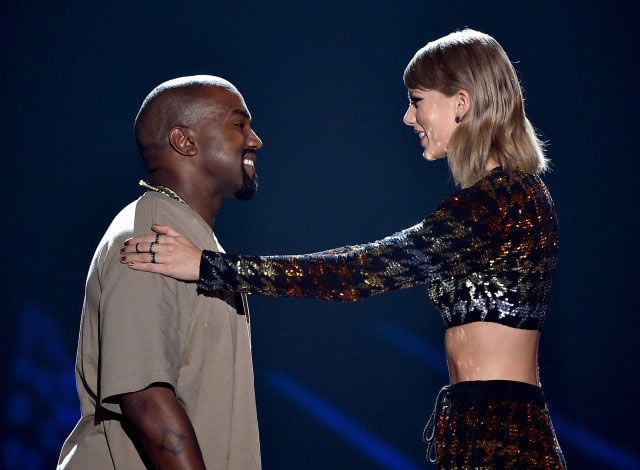 Taylor Swift presents Kanye West with the Vanguard Award at the 2015 VMAs.

Taylor Swift presents Kanye West with the Vanguard Award at the 2015 VMAs.

It’s time to pick your jaws up off the floor after Sunday’s Video Music Awards roller coaster. The MTV VMAs, which are now infamous for crazy celebrity behavior, went down in traditional fashion last night. However, this year’s antics may be the most shocking yet.

The evening was hosted by arguably the most infamous VMA guest of all time, Miley Cyrus, who kept things wild and very much uncensored. Cyrus donned a number of risqué looks throughout the show, including a Rainbow-Brite inspired jumpsuit and a metallic belt strap dress. She also sported numerous blonde and multicolored dread extensions to add to her signature neon, hippie aesthetic.

The evening kicked off with a performance just as controversial as the show’s host. Nicki Minaj and Taylor swift buried the hatchet in a special mashup performance of Minaj’s hit, "The Night is Still Young" and Swift’s single "Bad Blood." The two made headlines in the weeks leading up to the ceremony after Minaj made a tweet negatively referring to her fellow nominees, which included Swift. Sunday evening’s performance proved the girls can put their differences behind them, hugging it out and putting on a stellar performance.

The night continued with awards for "Best Male Video" and "Best Hip-Hop Video" of the year. The mens’ category kept it old school, selecting Mark Ronson and Bruno Mars’ smash hit "Uptown Funk." The hip-hop category made a bit of ruckus among VMA nominees, as Minaj was selected for her "Anaconda" video.

In her acceptance speech, she made a point to recognize her pastor and, unexpectedly, another VMA nominee. Minaj singles out Cyrus on-stage, calling her a "b---h" for comments she made to the media. After an awkward exchange between the two celebrities, the teleprompter quickly ran on to get the show back on track.

Wild outbursts continued with Justin Bieber’s medley performance. The teen heartthrob showcased his suave dance moves and high-pitched melodies in his rendition of "Where Are You Now" and "What Do You Mean?" Things took an unplanned turn though, when he broke down crying on-stage at the end of his set. The self-proclaimed bad-boy shed his harsh image with his post-performance water works, but was it all an act? You can decide.

We couldn’t talk about the VMAs without mentioning possibly one of the most-hated celebrities of all time – Kayne West. Ironically, he turned out to be the "jaw-dropping moment" of the night – again. West was awarded the coveted Vanguard Award, presented by his longtime foe-turned-friend Taylor Swift, and the speech was unforgettable. West took the stage for a more than 13-minute acceptance speech that was as confusing as West himself. After rambling about artistry, the concept of award shows and Millennials, West stuns fans by announcing his desire to run for president in 2020.

The big awards came as no shocker to fans on Sunday, with Taylor Swift dominating multiple categories. She took home "Video of the Year" for her "Bad Blood" single featuring Kendrick Lamar, along with awards for "Female Video" and "Best Collaboration." Other big winners were Fetty Wap with the "Artist to Watch" award and Fall Out Boy with "Rock Video."

As if jaws weren’t already on the floor, Miley Cyrus closed the show with a killer drag-fabulous performance of her new song "Dooo It." The song flaunts vulgar lyrics and insight into Cyrus’ infamous antics. She took things up a notch when dozens of done-up drag stars spilled onto the stage. Serving face and fresh dance moves, Cyrus and her posse of "Drag Race" queens bid a confetti-filled farewell to fans, but not before announcing the release of her new album. Cyrus dropped her new album, "Dead Petz," free of charge on iTunes.