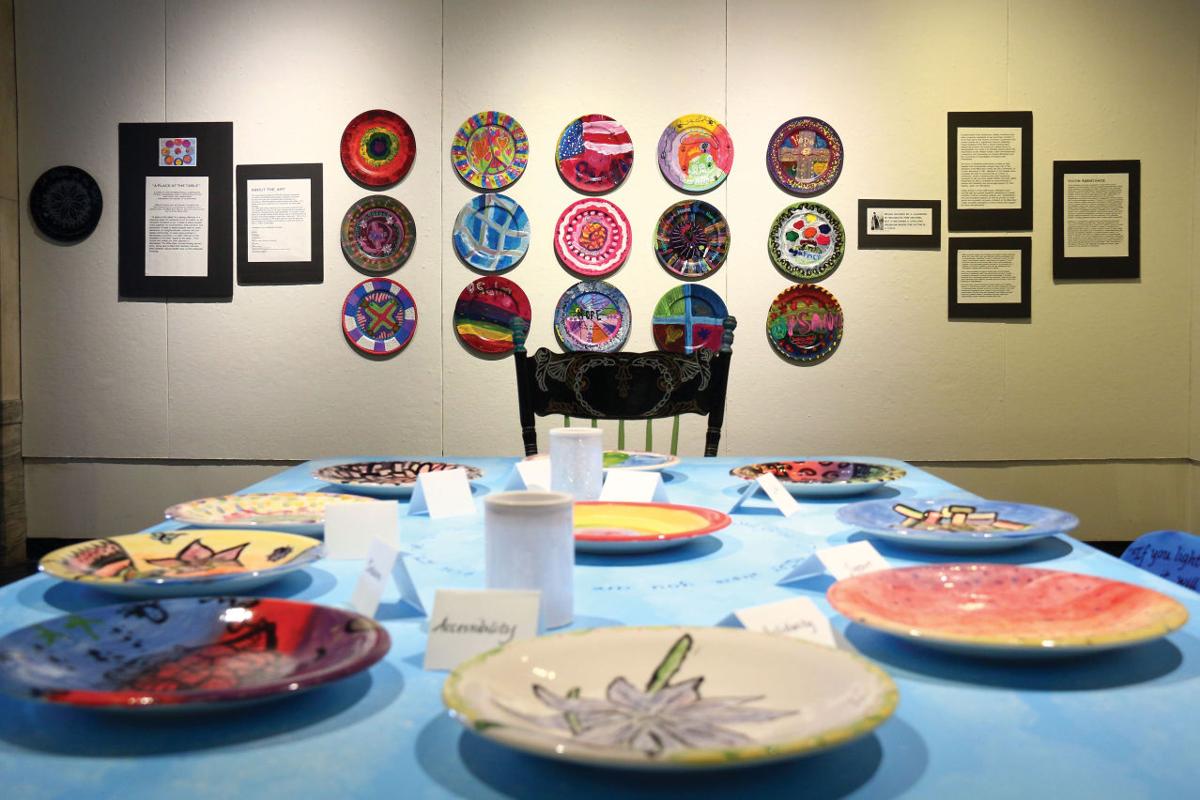 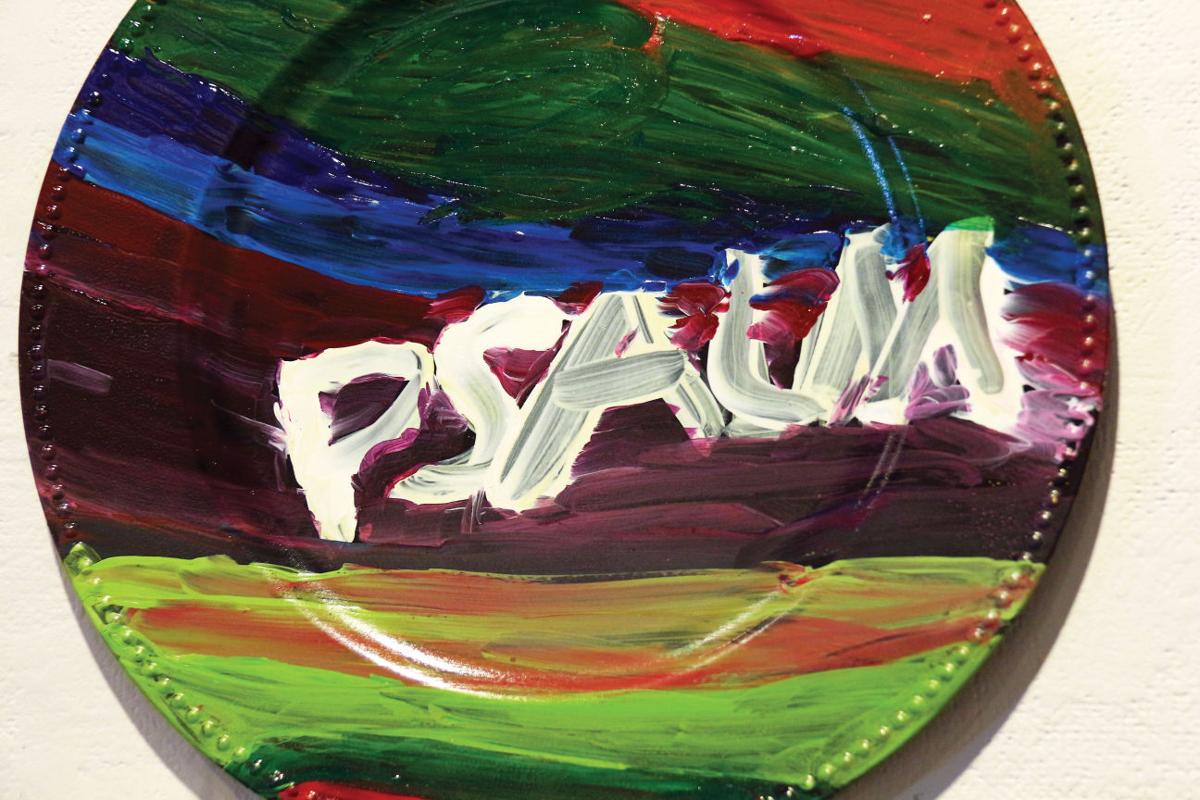 The Proud Students Against Landmines and Cluster Bombs (PSALM) present their artwork at the Benedum Gallery of the Monongalia Arts Center.

The Proud Students Against Landmines and Cluster Bombs (PSALM) present their artwork at the Benedum Gallery of the Monongalia Arts Center.

The Monongalia Arts Center recently presented the February 2016 Benedum Gallery exhibition, “A Place at the Table.”

The Proud Students Against Landmines and Cluster Bombs exhibition takes a look at the international campaigns to ban landmines and cluster munitions and how to address the needs of survivors.

Students displayed sculptural “tables” with hand-painted plates representing the needs of people with disabilities and the important efforts to meet those needs. Photographs from Cambodia, Laos, Jordan and Bosnia are also on display.

PSALM is an internationally recognized grass-roots organization that began as a social justice art project. Today, supporters include community leaders, activists and politicians. The organization encourages students to dream of a more just and peaceful world and to make that world a reality.

Empowered to make a difference, PSALM students use their skills and talents to not only learn about important issues, but to facilitate change.

In 2007, PSALM expanded its mission to include advocacy toward a prohibition on the use, production and transfer of cluster munitions that cause unacceptable harm to civilians.

A cluster bomb, or cluster munition, is a weapon containing multiple explosive submunitions. These containers are dropped from aircraft or fired from the ground and designed to break open in mid-air, releasing the submunitions and saturating an area that can be the size of several football fields. Anybody within that area is very likely to be killed or seriously injured.

PSALM believes cluster munitions should be banned completely due to unnecessary violence and an interruption of peace.

The organization also believes landmines should be banned. Claiming victims in every corner of the globe each day, the explosives often put innocent lives in danger.

“As a teacher who has been at it for quite awhile, I can attest to the fact that many times the students become the teachers and the teacher becomes the student,” said Nora D. Sheets, the PSALM coordinator and art teacher at St. Francis Central Catholic School. “I will never forget a student bringing me a binder of information on the International Campaign to Ban Landmines and Landmine Survivors Network and telling me I needed to study it. The students pushed for a school organization that grew to become PSALM. These students had such initiative, I could barely keep up.”

The table on display at the MAC represents a place where people gather for nourishment, to make decisions in neighborhoods, nations and in the global community. The saying “a place at the table” refers to a reserved spot for someone to sit at the table, an all inclusive invitation to all.

In many impoverished and developing countries, it is sometimes difficult for an individual to find their “spot at the table,” between looking for work, food, education, healthcare and adequate housing.

PSALM refuses to ignore the voices of suffering people. Contamination from landmines, cluster munitions and other explosive remnants of war terrorizes civilians in more than half of the world’s countries and are a significant cause of disability.

PSALM believes these weapons only instill fear in communities, deepening poverty and acting as a lethal barrier to development.

The public opening reception for the exhibition was held at 5:30 p.m. on Feb. 5 at the MAC. During the reception, PSALM students acted as gallery guides.

The 50 PSALM students have worked hard on the exhibit, and West Virginia University students are encouraged to visit their creation.

“It is a true testament to the perseverance of children who only want to see a world that is more just and peaceful for all,” Sheets said.

The exhibit is open to the public until Saturday.