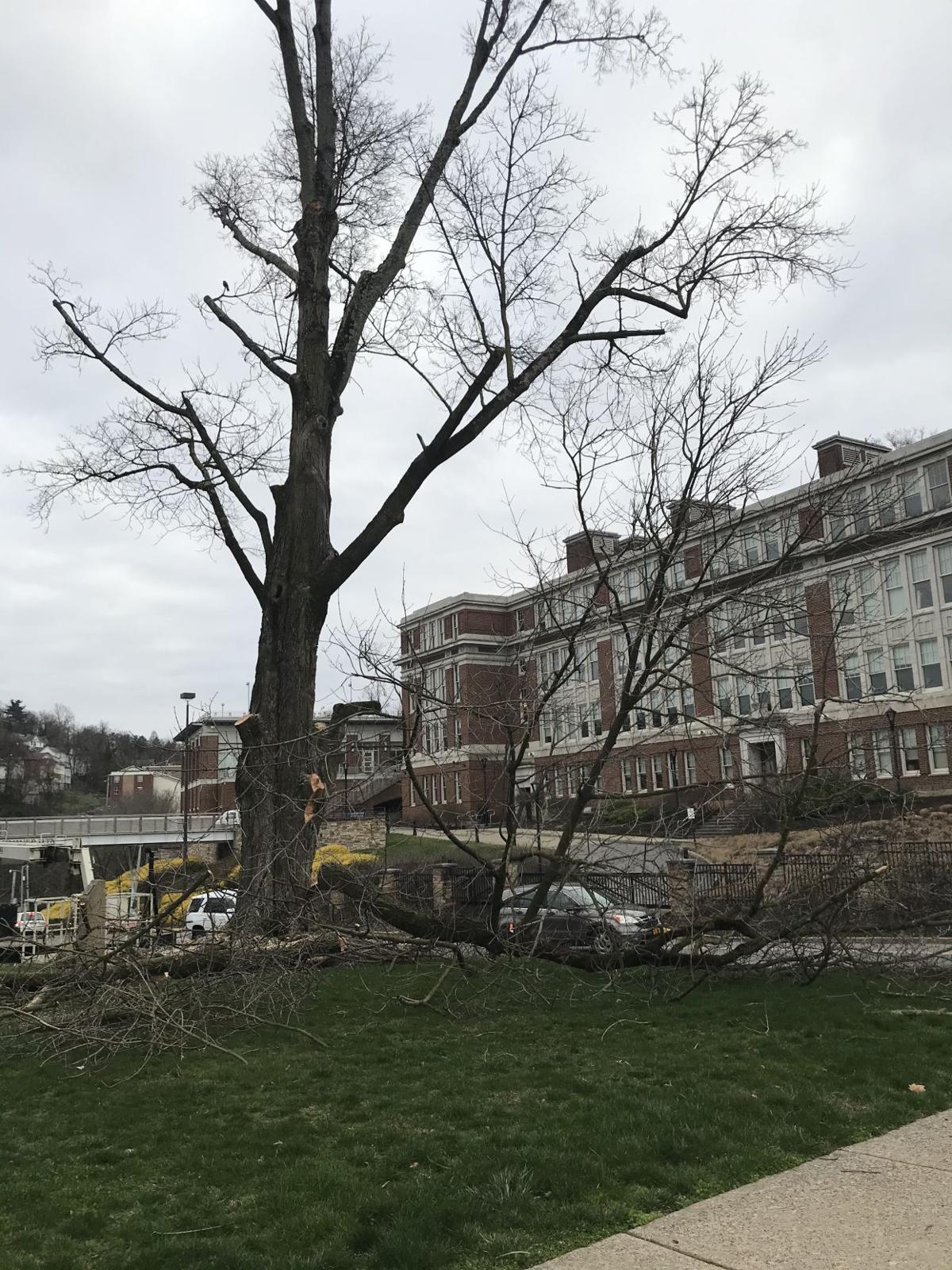 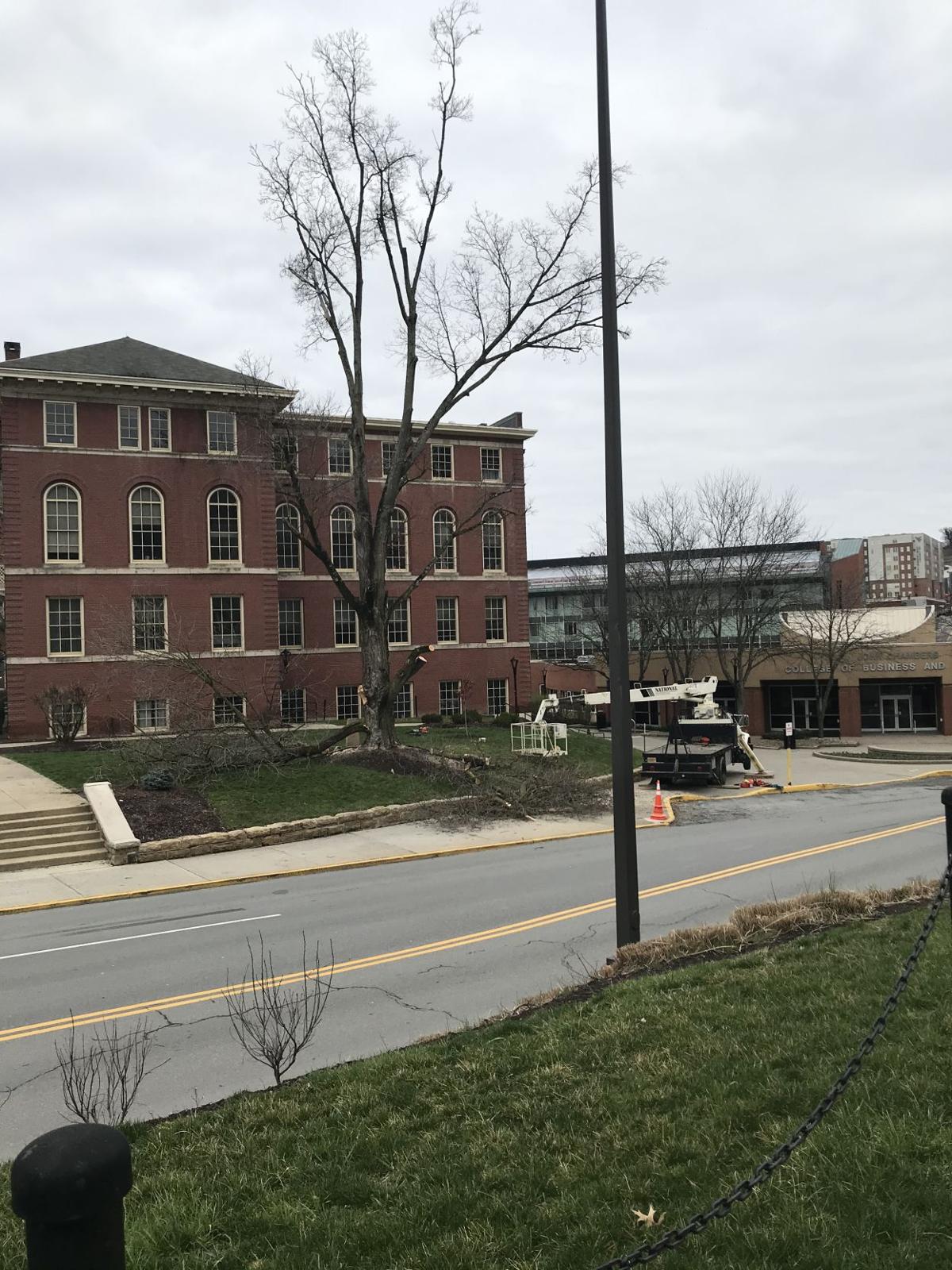 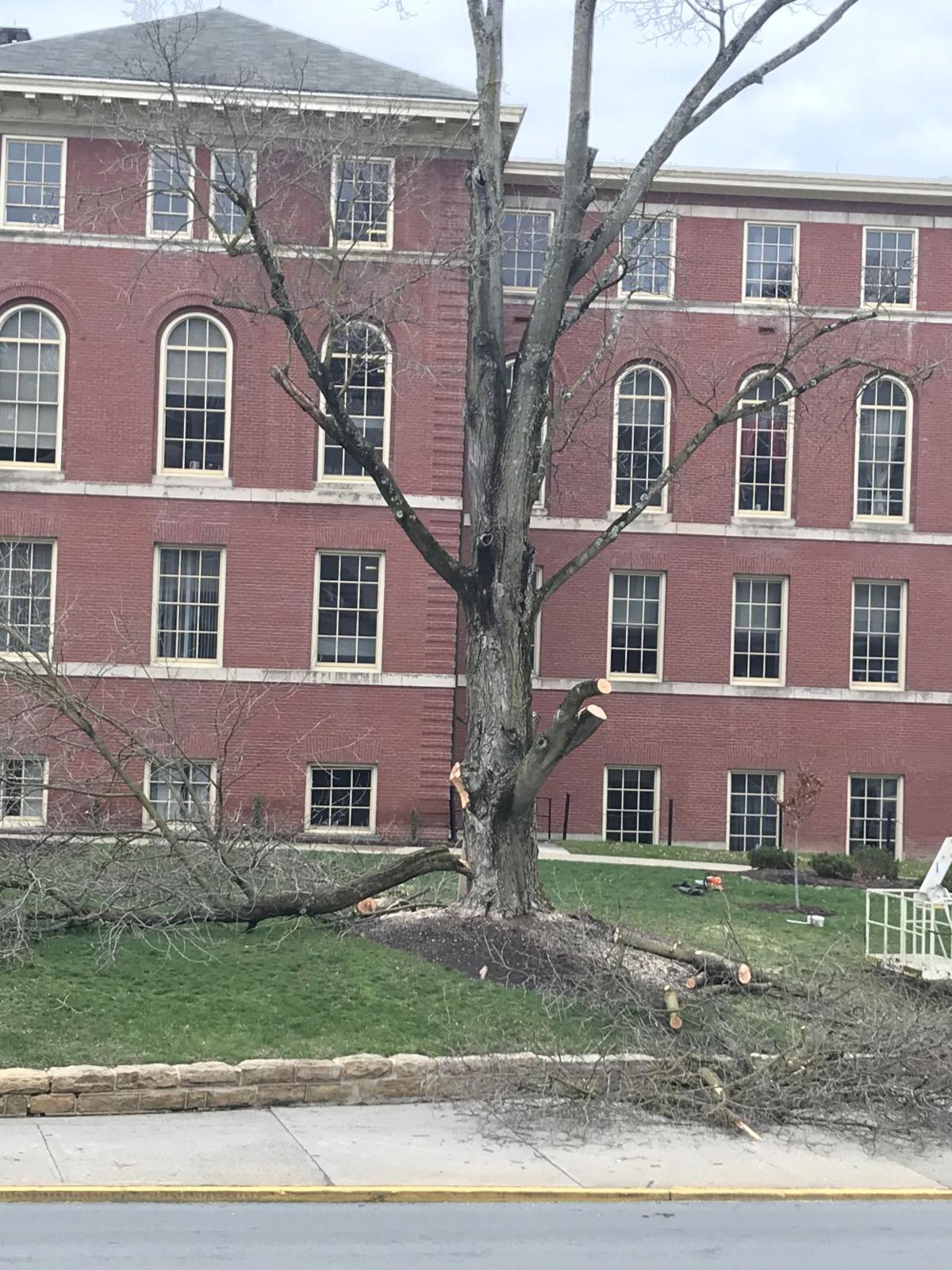 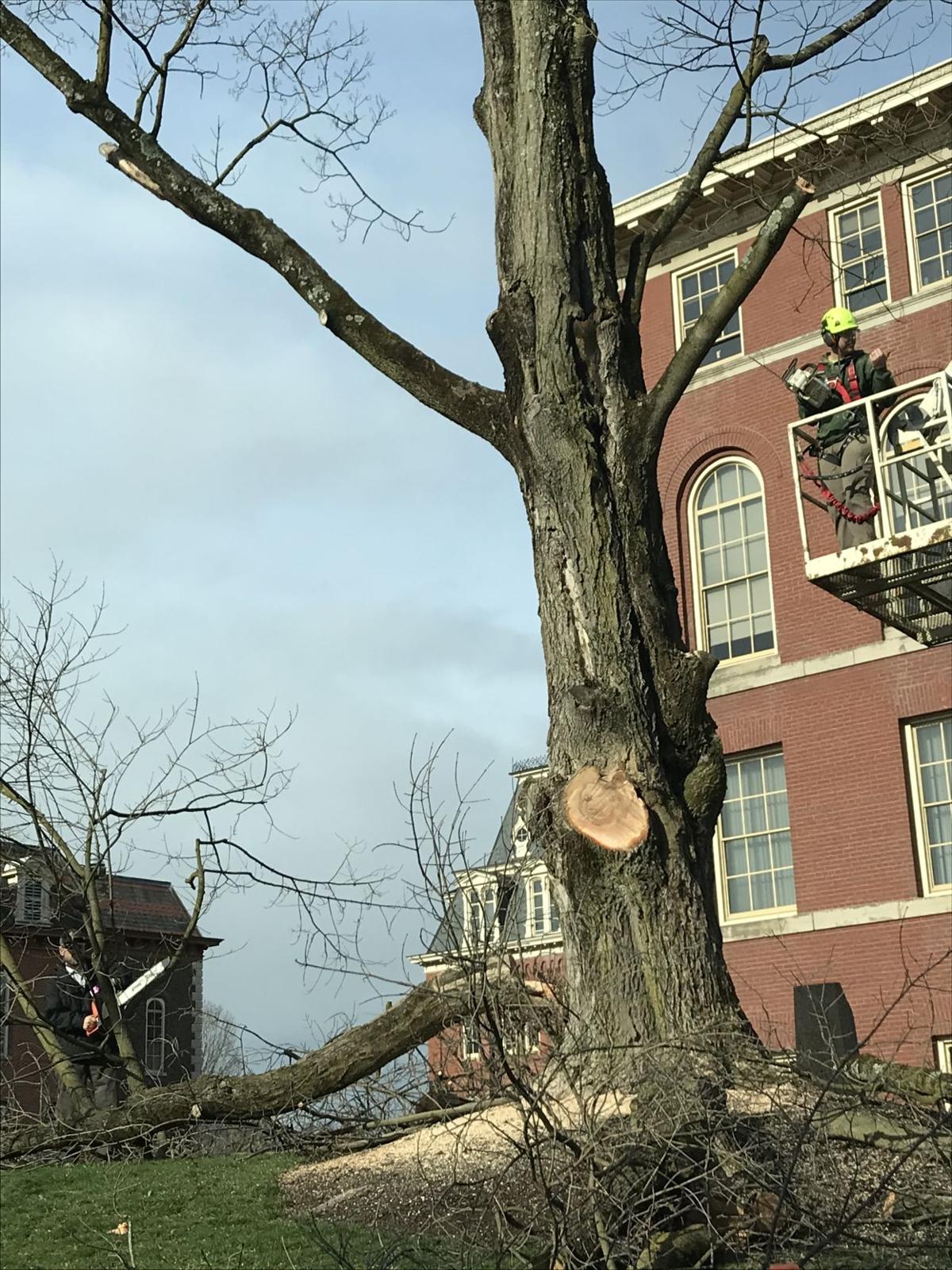 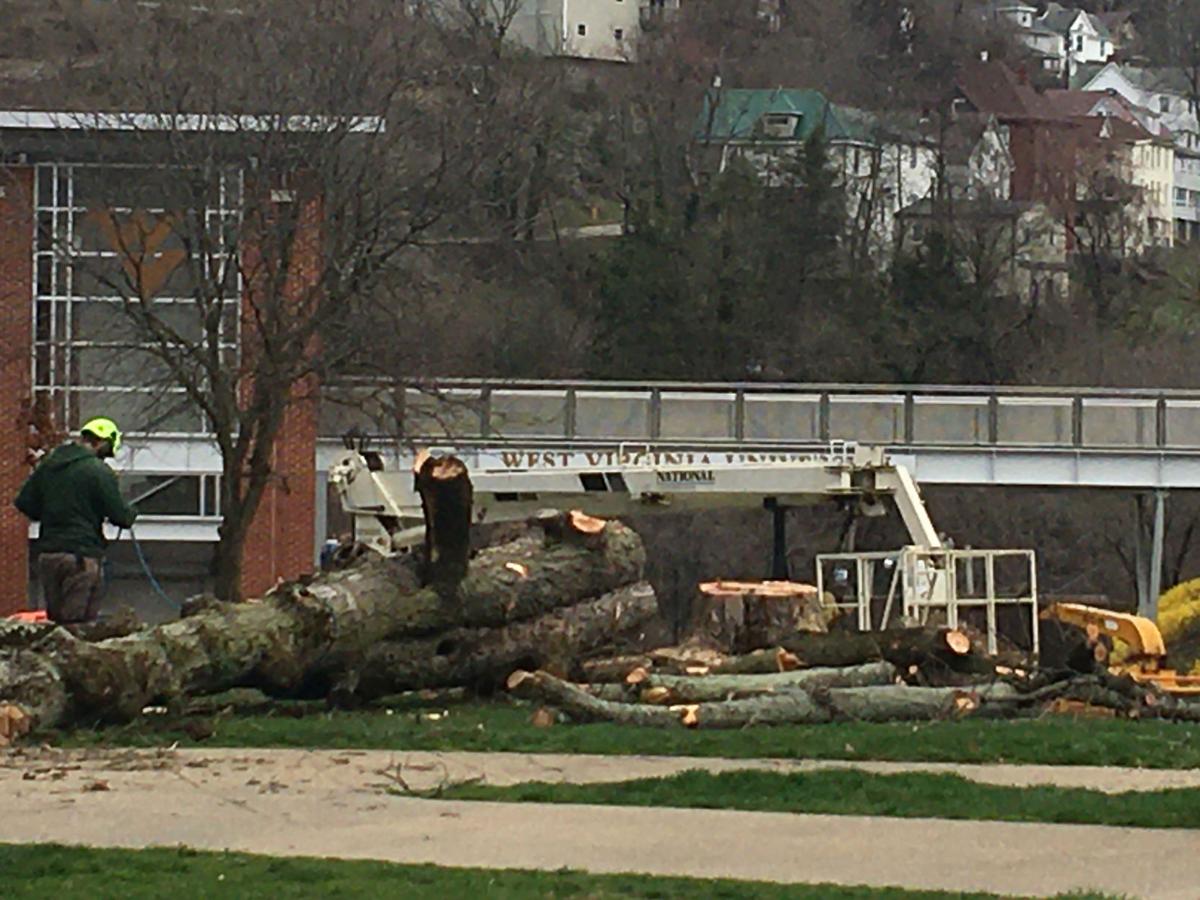 Two historic trees on WVU's Downtown campus are in the process of being removed this week.

Workers began removing a red oak that stood next to E. Moore Hall on Sunday, and a large sugar maple next to Chitwood Hall was started Monday.

According to a press release, the University is working with the Davis College of Agriculture, Natural Resources and Design to create products from the removed trees, which are expected to be available for purchase in the fall.

Historic trees on campus to be removed beginning this weekend

Five historic trees on the downtown campus will soon be removed.

Behind the Story Podcast: Covering Breaking News at WVU

Sewing continues at Daniel’s of Morgantown to help community

Wellness Wednesdays Podcast: What is Recovery?