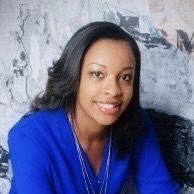 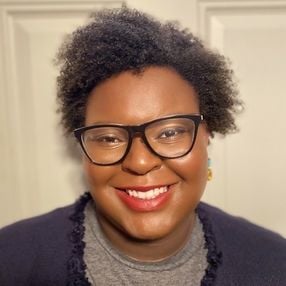 Many of WVU’s Black students say there is still inequality within the nation, state and even the University's own campus.

“I think over the summer at WVU, it’s been a lot of students taking action, fighting for equity over equality, because there’s a big difference,” said Camryn Pressley, second vice president of the WVU NAACP and a senior international studies student. “[We want to] make sure we are on equal footing with our white counterparts here at the school.”

Pressley said that equity is a much more realistic option than equality.

“Equality is giving everyone the same thing,” Pressley said. “Equity is making sure that you give someone enough to be on equal footing with the person who has the most.”

Pressley also said that just because equal treatment for disenfranchised people has been enshrined in federal law, it is not always given.

“I think one of the equity vs. equality problems occurs with the Civil Rights Act of 1964, where a lot of conservatives feel that [we] just get all the rights guaranteed to us,” Pressley said. “We actually have to fight for those rights still. There’s gerrymandering going on in North Carolina and Pennsylvania that no one really notices because people still have the right to vote.”

According to Pressley, outright discrimination is not an entirely dead issue in our own state of West Virginia.

“West Virginia still hasn’t passed anything that prohibits discrimination based on natural hair textures and styles,” Pressley said. “[The law] says I can’t get discriminated for my race, my color, my religion; I’m still getting discriminated against because of how my hair grows, and I can’t change that, so it’s little things that are not fleshed out all the way.”

While activism is important, Pressley said that some forms of activism are problematic, like what she calls "performative activism."

“Performative actions are actions that are taken to silence a group until they forget about what they’re upset about,” Pressley said. “Like, when you post things on social media and say you believe in this, but behind closed doors, you’re not taking any action on it.”

She said she could see such errors in activism occurring on WVU’s campus.

“I think that’s kind of what tends to happen on the WVU campus,” Picou said. “There’s some events put on by certain racial groups, but they’re not educated in that [racial experience], so say I was to put on an event about white history, but I’m not white so I don’t know anything about it. I’m just putting it on because I’ll get volunteer hours or because I’m getting paid for it.”

Picou also said she has watched fellow Black students do rewardless work, which is one of the differences in racial treatment Picou mentioned.

Pressley expanded on this, saying she would like to see more concrete results, and more recognition, for the work of Black activists on campus.

“It’s kind of upsetting,” Pressley said. “Because you’re taking the time out of your day to make life on this campus better for yourself, but [others] don’t have to deal with the trials and tribulations of what you deal with every single day.

Pressley also said the University is taking from Black students without giving back.

“Just getting told ‘your expertise is needed,’ is a little frustrating when that expertise doesn’t get as much recognition as it could,” Pressley said. “The University is just taking from Black students, wanting our experiences and our traumas over and over and over, multiple times, and nothing is happening."

"At some point, Black students are gonna get tired because reliving that does nothing except make us feel like we’re in a fishbowl with people looking in.”