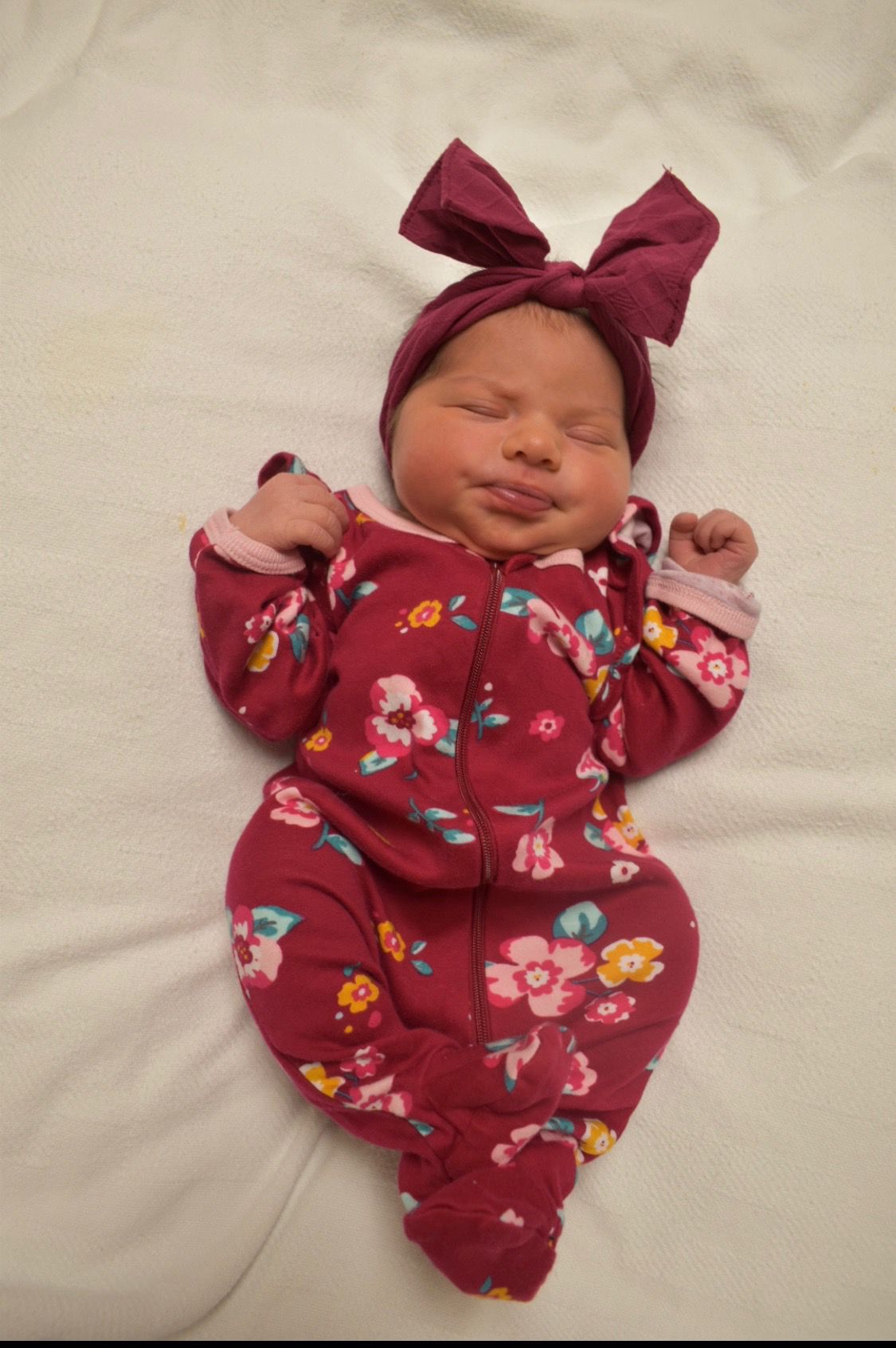 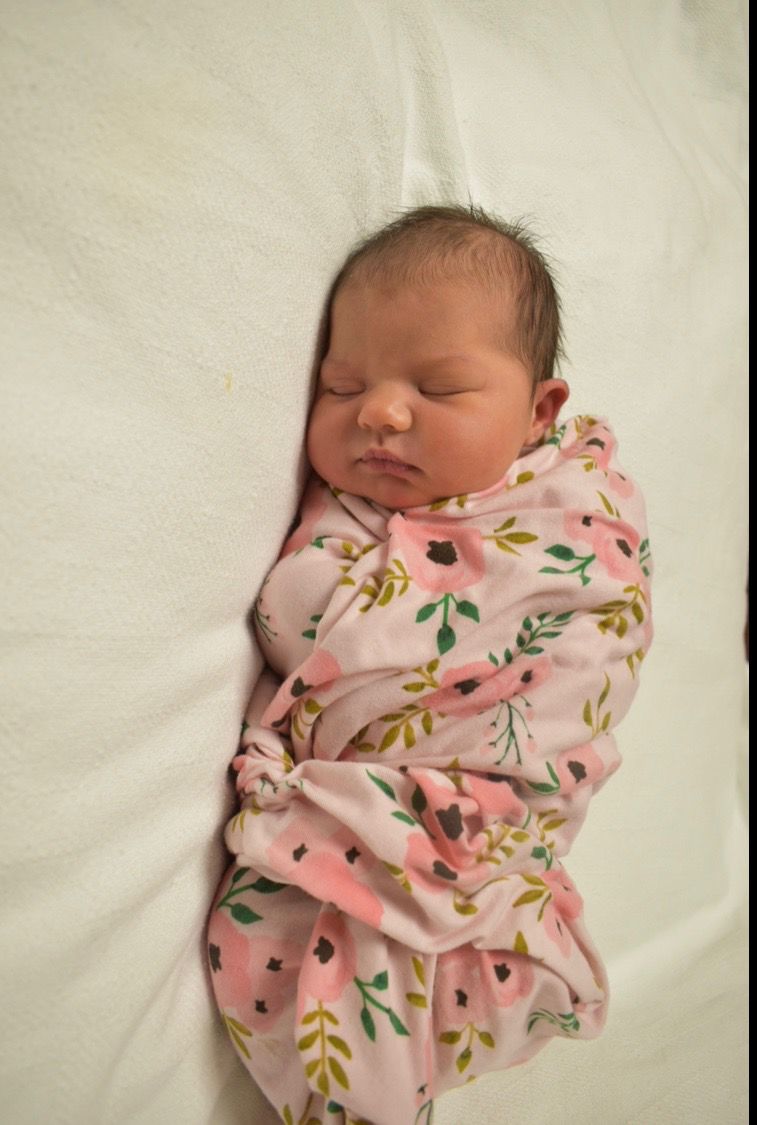 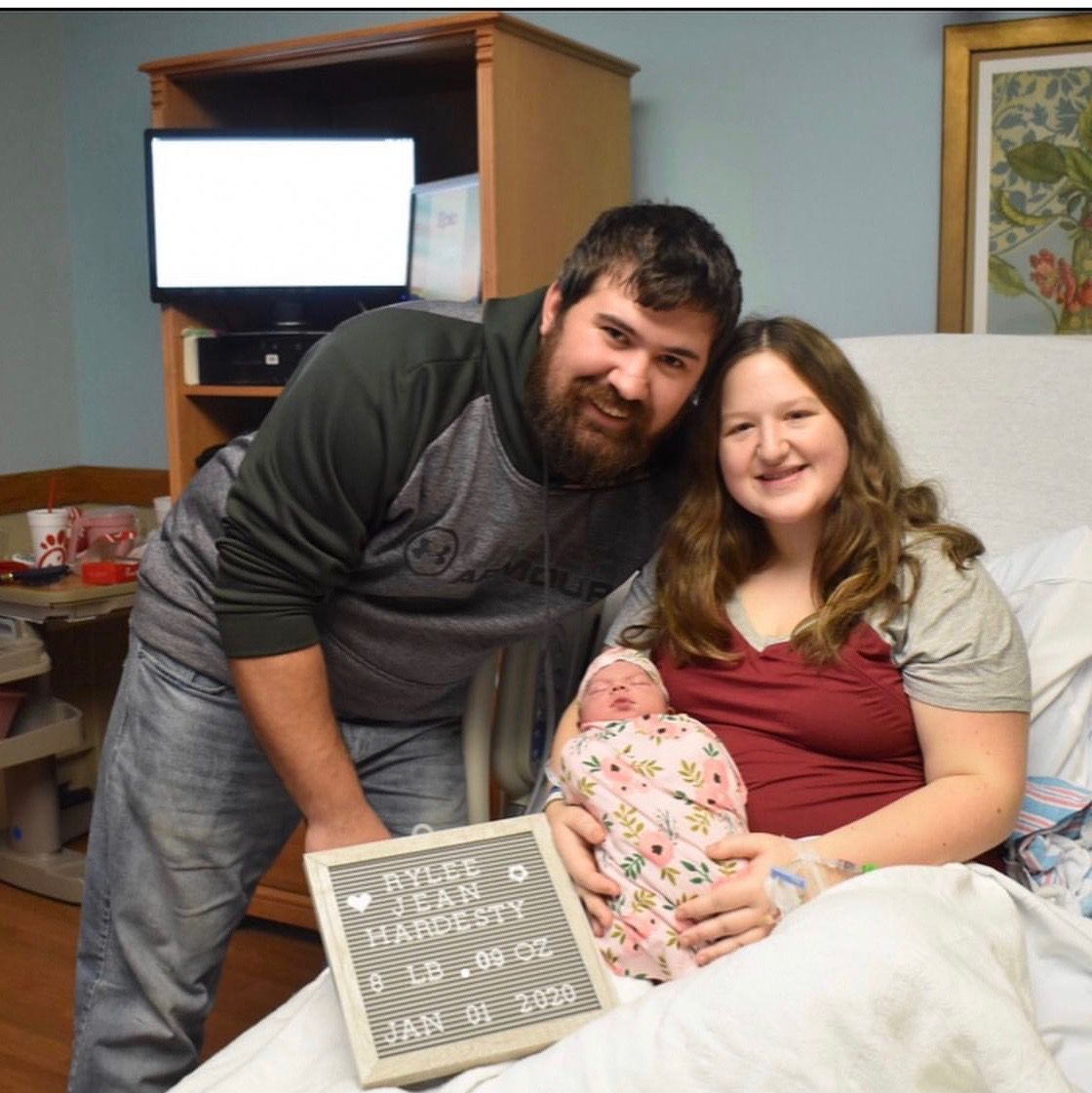 There was little fanfare for the parents of the first baby born at J.W. Ruby Memorial Hospital in 2020. Instead, there was just a lot of waiting.

They didn’t wake up at midnight and rush to the hospital. They didn’t panic and scramble to find everything they needed to bring. They simply drove to the hospital at their scheduled time and the process began.

“That’s one thing that I was waiting for was the whole wake up in the middle of the night, but no, it was kind of a calm ride there,” said Katie Molnar, mother of newborn Rylee Jean Hardesty.

Despite being induced in the morning, it wasn’t until that night that contractions began, which not only led Hardesty to being the first baby born at J.W. Ruby Memorial Hospital in 2020, but in all of Monongalia County, too.

“It’s been pretty cool,” said Grant Hardesty, Rylee’s father, on having the first baby born of the new year. “It’s different for us because we were expecting a Christmas Eve baby or like a 2019 [baby]. We didn’t even have our letter board.”

Not only were the parents forced to wait on the arrival of their baby for a week more than expected, but once Rylee was born, the couple had been at the hospital for more than 19 hours, with very little to occupy themselves.

“Literally there’s nothing to do,” Grant said. “None of the action started until 10, 11 o’clock at night, so we were there for 13 hours with absolutely nothing to do.”

Finally, Rylee was born, but a minor problem still arose.

The couple, like many parents, brought a letter board with them to the hospital to spell out the name, weight and date of birth of their new baby and to take a picture with it, but they expected her to be born in December 2019 — not January 2020.

Rylee is now almost two weeks old and back up to her birth weight of 8 pounds, 0.9 ounces after losing the usual post-birth weight. Her first doctor’s appointment was Monday, Jan. 6, and her mother said she is completely healthy.

Katie and Grant are content with their one child for now, whose middle name was in honor of Katie’s grandmother, but the couple does have plans for more kids in the future.

“Probably wait until she’s a year, year-and-a-half and try for another one,” Katie said. “We’d like to have a big family.”