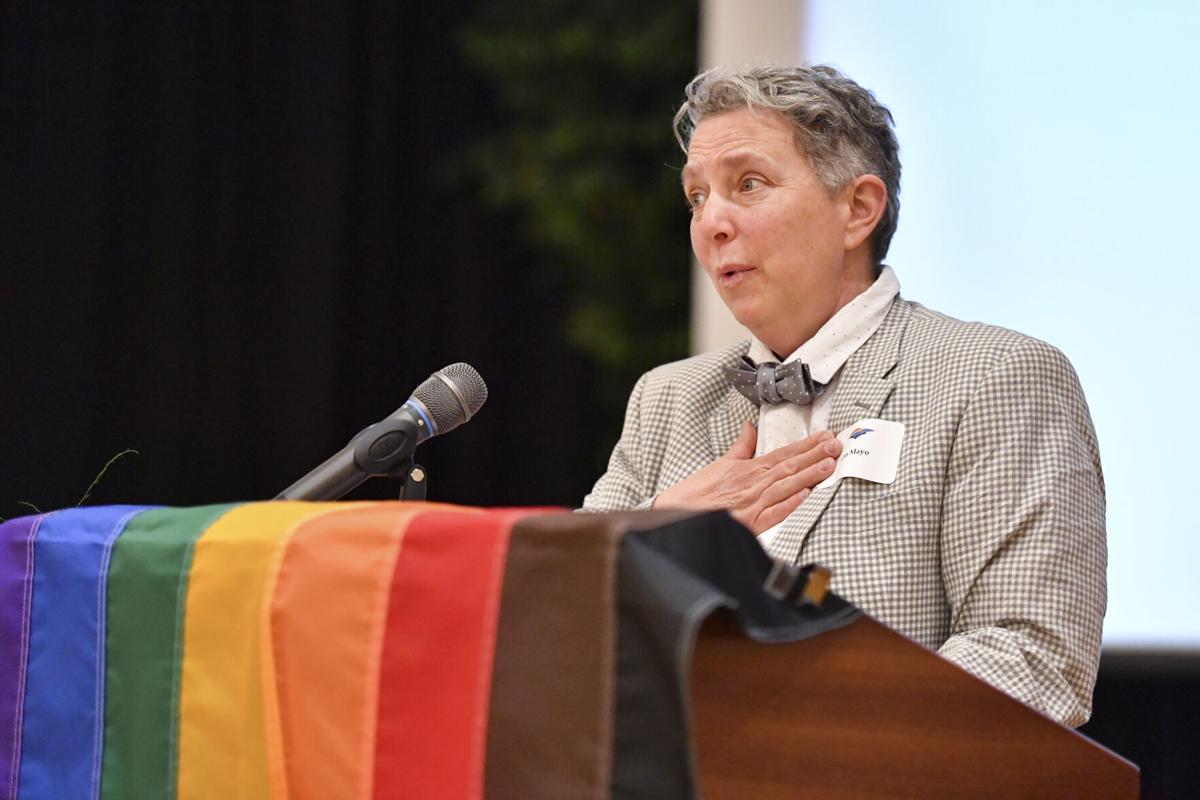 Cris Mayo, director of the LGBTQ+ Center at WVU makes closing remarks during a Lavender Graduation ceremony at the Mountainlair ballrooms Sunday, April 22, 2018. 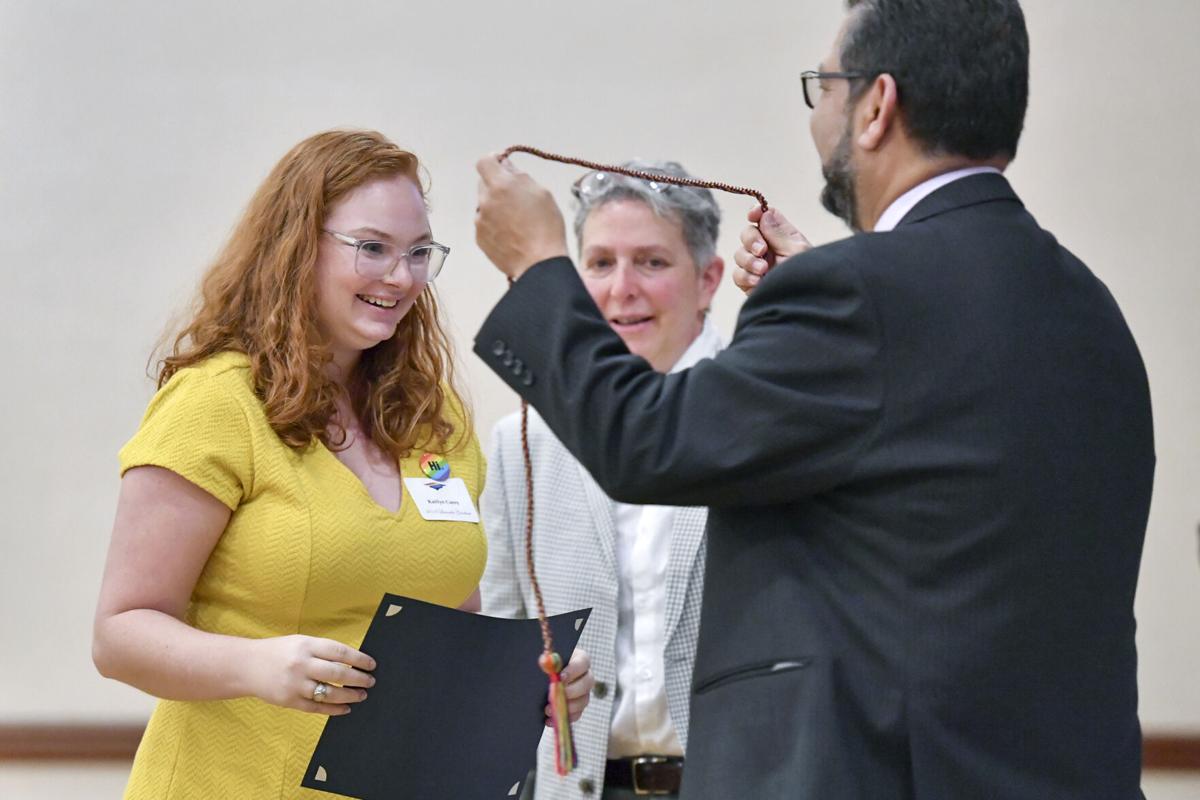 Cris Mayo, director of the LGBTQ+ Center at WVU makes closing remarks during a Lavender Graduation ceremony at the Mountainlair ballrooms Sunday, April 22, 2018.

WVU’s LGBTQ+ Center is currently taking applications for its annual Lavender Graduation ceremony. The eighth rendition of the event actually predates the creation of the LGBTQ+ Center itself, with the first-ever graduation being held in 2014 and the center not being created until 2016.

The celebration’s main goal has always been designed to recognize the achievements, strength and persistence of all lesbian, gay, queer, transgender, bisexual and allied students. Applications will continue to be accepted until April 15, and the event will be held at 3 p.m. on April 25 in the Mountaineer Ballroom of the Mountainlair. Due to venue capacity restrictions, registrations are now waitlist-only.

“The only criteria is to be accepting, supportive and somehow involved with the community,” said Brad Grimes, program specialist with the LGBTQ+ Center. “We ask people to go to our website and there’s a button on our home page to sign up to participate in the ceremony.”

Grimes is one of the people that helps to plan and put together the graduation. This year’s celebration will be his third year of involvement.

“Last year was our first experiment with a virtual graduation ceremony, and it went really well,” Grimes said. “Even with it being virtual, it was just a fun couple of hours; there was laughter, good feelings and it was a successful event.”

The plan is to hold the graduation ceremony in person in the Mountaineer Ballroom, but it could change if there happened to be an increase in cases around the campus.

However, Grimes and the rest of the LGBTQ+ Center is still gearing up for an in-person event.

“There will be a seating chart, people will be spaced six feet apart and, of course, masks or even double masks will be recommended,” Grimes said.

With all the changes occurring over these past two years, the main aspects that make this celebration worth having will still be present.

“We call each person’s last name, they come up and we put a rainbow honor cord over them and typically they’re presented with a lavender rose,” Grimes said. “We give them their certificate, and we read aloud their accomplishments and achievements throughout the year.”

Much like the common reaction to all the events that were supposed to happen last year and did not, there was a sense of grieving and sadness that things could not be as they had been in the past. Due to this, the University is allowing those who could not march in last year’s graduation to come back and be a part of this year’s edition of the ceremony.

A special moment like this has such significance to all those that are involved each year, according to Grimes.

“What we want to celebrate is the student’s perseverance, being a member of the LGBTQ+ community can be hard,” Grimes said. “We want to reinforce a sense of pride and the commitment and the strength it takes to succeed academically, or anywhere really.”