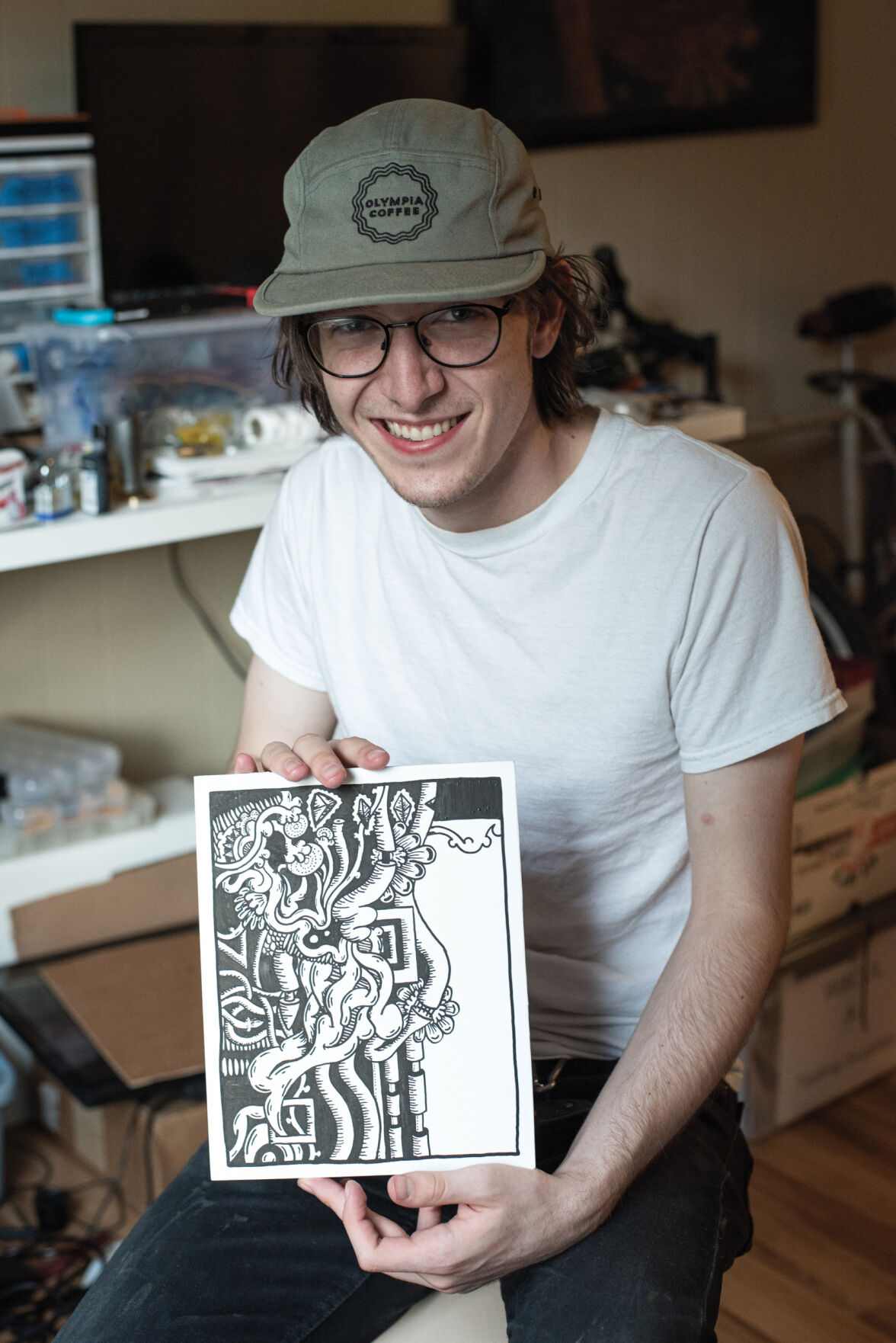 Artist Charley Howard holding his recent drawing in his studio in Morgantown on Sept. 27, 2020. 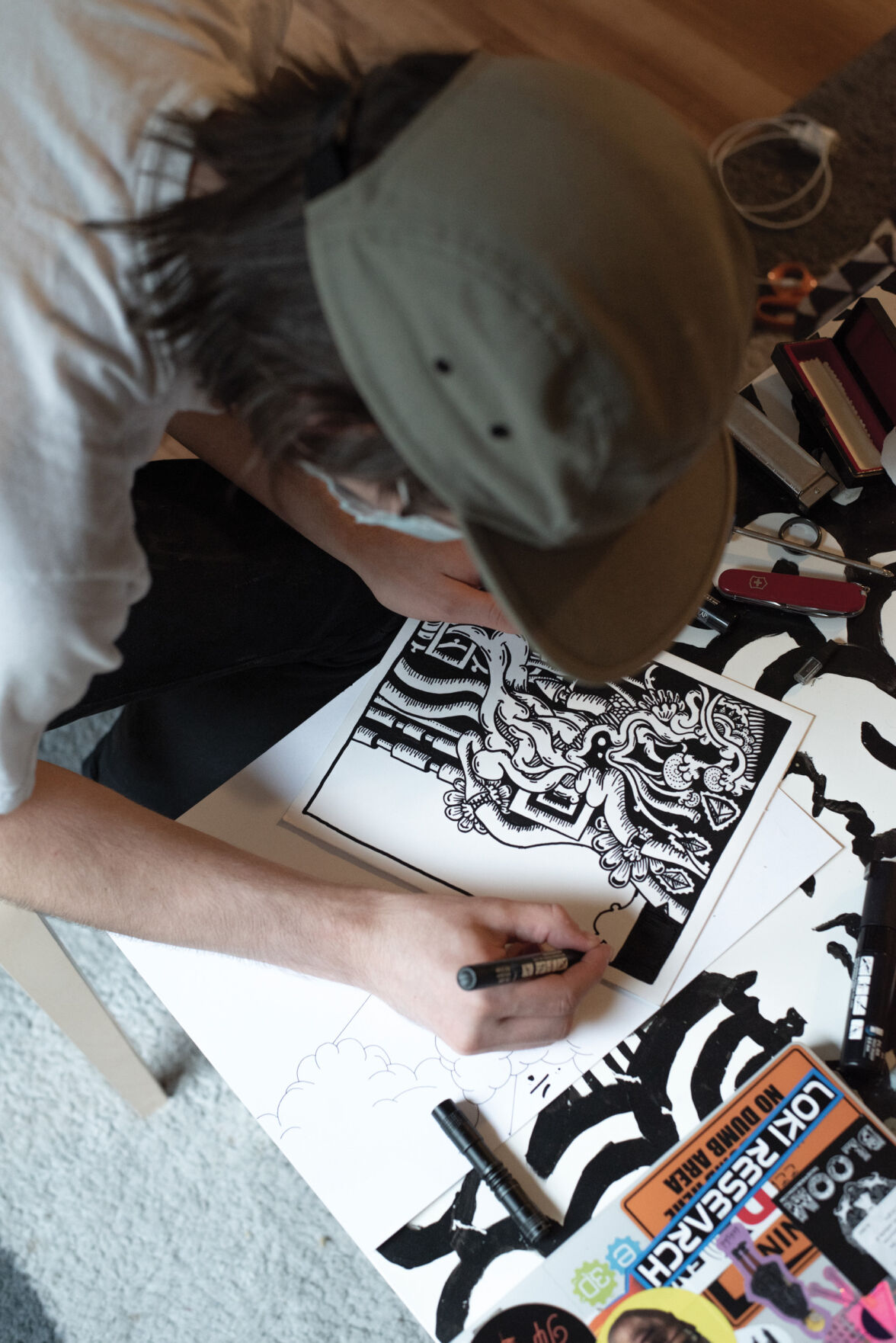 Local artist Charley Howard working on his drawing in his studio in Morgantown on Sept. 27, 2020. 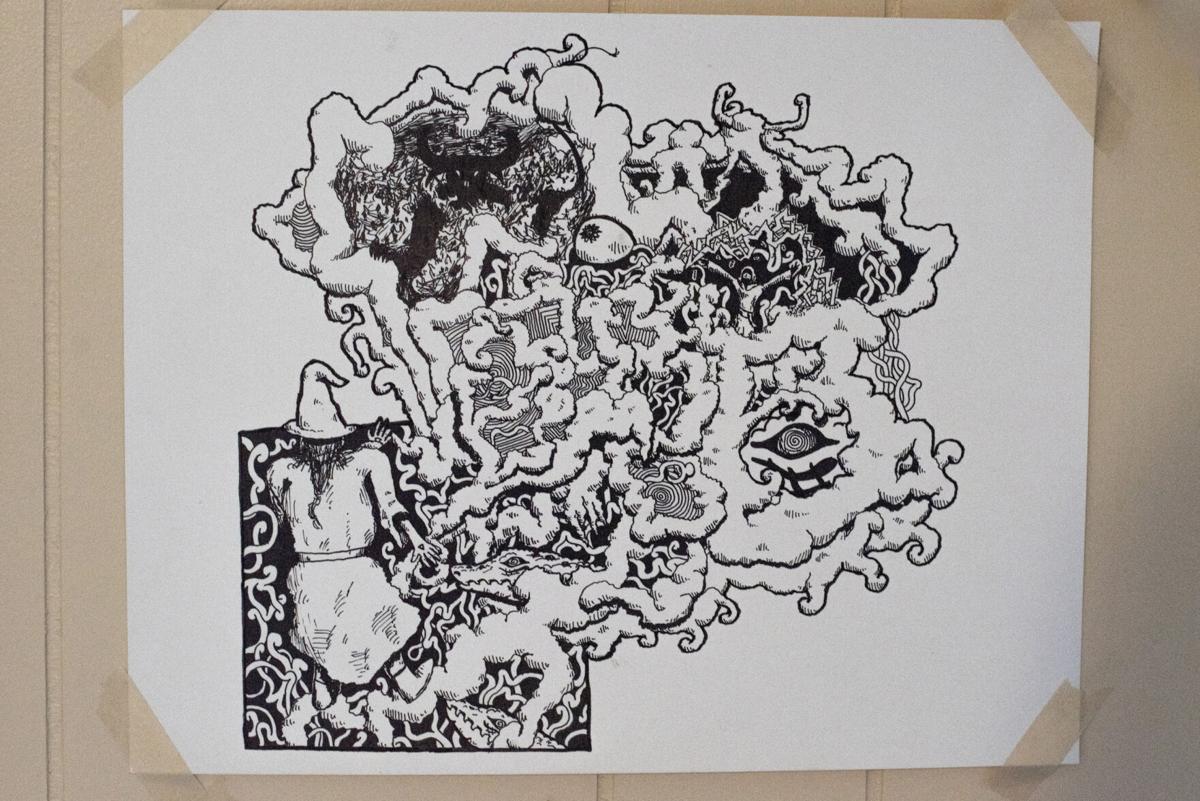 One of local artist and WVU student Charley Howard’s favorite drawing displayed on his studio wall in Morgantown on Sept. 27, 2020.

Artist Charley Howard holding his recent drawing in his studio in Morgantown on Sept. 27, 2020.

Local artist Charley Howard working on his drawing in his studio in Morgantown on Sept. 27, 2020.

One of local artist and WVU student Charley Howard’s favorite drawing displayed on his studio wall in Morgantown on Sept. 27, 2020.

Born in 2001 and drawing in 2002, Charley Howard has never been a stranger to his creative side.

“My first drawing was definitely a few years before my first memory,” said Howard, a WVU aerospace engineering student. “I just want to feel satisfied with something I’ve made. I'm obsessed with making things. I'm really into getting compliments too; that keeps me going alright.”

The young artist has had work featured around Morgantown. Howard’s art is often featured at The Grind and has been showcased in Unique Consignment.

From the outside, Howard’s work is like something pulled from an otherworldly vision, but he does not place so much importance on the meaning or origin of the work. It just has to look good.

“I just like to draw,” Howard said. “I mostly just do abstract stuff. The style I'm sorta known for just developed from doodles in the margins of notes and the backs of papers teachers would give me to do work on. To me, it's just a lot of shapes and lines and they all connect and make one big liney shape or something like that.”

If engineering seems an uncharacteristic major for such an artistic person, one should remember that some of the most influential artists in history came from unexpected places. Polish photographer and painter Zdzisław Beksiński drew inspiration from architectural drawings, philosopher Ludwig Wittgenstein was inspired by his work with mathematics and the physical sciences and writer Kurt Vonnegut was, himself, an engineer.

Howard is no different.

“When I was like 14 or 15 I wanted to drop out of high school and move to New York City to be a starving artist, but I don't think I had really planned that out very well,” Howard said. “I'm really inspired by technical drawings and machine diagrams. I love the lines of circuit and plumbing schematics and cross sections and all that stuff. I also consider art and engineering to both be really pure forms of creative expression.”

Pet of the Day: Clark