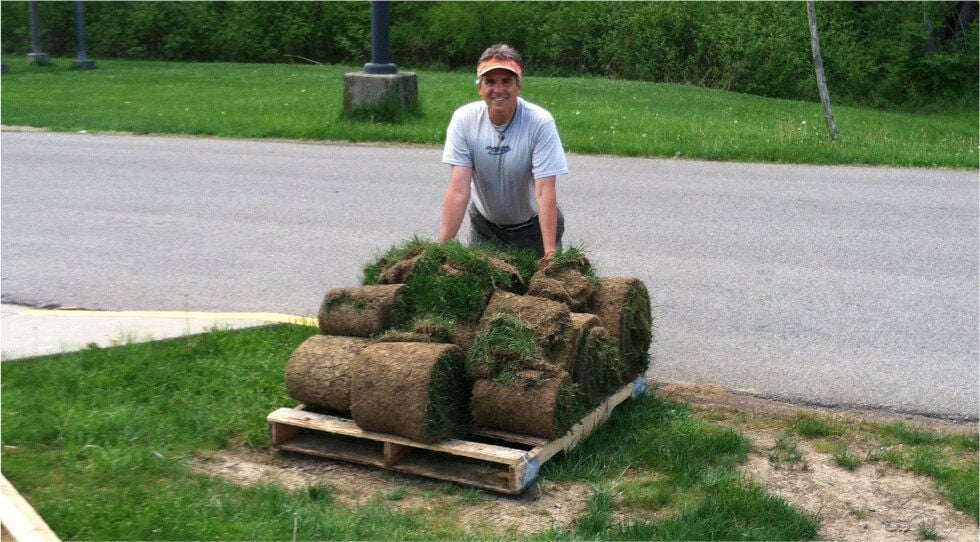 Dropcho has solo-designed nine courses and led the design on nine others, including the four courses used in 2015 PDGA Pro Disc Golf World Championships.

A new disc golf course is under construction at Coopers Rock State Forest.

It took the Morgantown Mountain Goats, a local disc golf league, five years to put together partnerships with the Coopers Rock foundation and the West Virginia State Forest to gain the funding and approvals necessary.

“Coopers Rock State Forest had been a location our club wanted to install a course for a long time,” said Nick Buysee, manager of the Morgantown Mountain Goats. “We wanted to construct a ‘Championship Level Course,’ and the terrain of Coopers provides the perfect combination of woods and mountains to do just that.”

J. Gary Dropcho, professional course designer and player, was hired by the parentship to design the 18-hole championship course and a 6-hole Learn to Play course in an area of the state forest that has been designated just for disc golf.

Dropcho has developed multiple championship-level courses in the Pittsburgh area and has over 30 Professional Disc Golf Association Titles.

After a serious knee injury in 1984, Dropcho said he stopped playing Ultimate, which made him look for other frisbee games to help him cope. In 1988, he helped find the Pittsburgh Flying Disc Society, which partnered with Pittsburgh Citiparks to create the Schenley Park disc golf course.

The new course coming to Coopers Rock, said Dropcho, is the “brainchild” of Buysee and the Morgantown Mountain Goats.

The Morgantown Mountain Goats Club was established in the summer of 2013. They currently have over 50 active members in the club who attend leagues and tournaments.

The club’s first weekly league event launched in the summer of 2013 and ran consecutively all the way through winter and rain until June 2021. For the first time in eight years, the league was canceled during the middle of the round due to heavy rain and severe thunderstorms.

The ultimate goal for the new course is to have a professional level tournament event that brings in top level disc golfers from all over the country.

While there are other disc golf courses in the area—Dorsey’s Knob in Morgantown and Seth Burton Memorial Disc Golf Complex in Fairmont—the new Coopers Rock complex strives to do something which has not been done before.

“The terrain is extremely wooded, rocky and has lots of elevation change, making it one of the most difficult courses to play," Buysee said.

The course is being constructed with the goal of being the longest, most challenging disc golf course in West Virginia and neighboring states. Its uniqueness, according to Buysee, comes from the forested, eco-friendly design.

Buysee credits Dropcho for designing the course and making it so different.

“His experience in the design of the course will set it apart from a lot of other courses,” Buysee said.

The front nine of the course is currently playable but it still under construction. The back nine course construction is set to start this summer.

The COVID- 19 pandemic delayed the course construction timeline, but the hope is for an official course opening in 2022.

The Mountain Goats will be starting a new consecutive streak Monday, June 21.

“We welcome everyone to play in our leagues and tournaments, regardless of what they look like, where they come from or how well they play the game," Buysee said. "Disc golf is for everyone."

Katie is a junior at WVU from Johnstown, Pennsylvania. She is a journalism major with a minor in sports communications.

Pet of the Day: Angus

Pet of the Day: Ruby

Pet of the Day: Ripley

Pet of the Day: Loki

Pet of the Day: Rascal