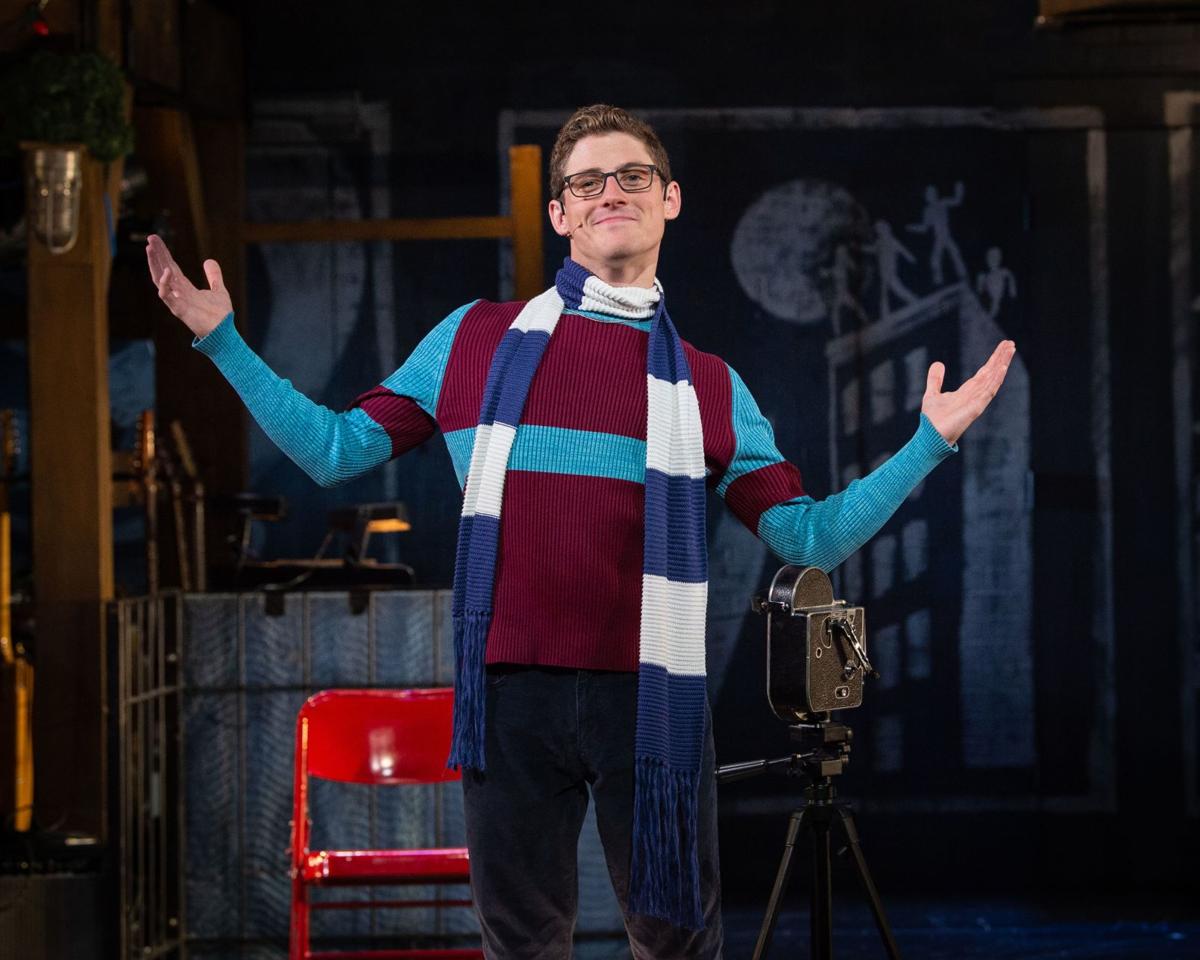 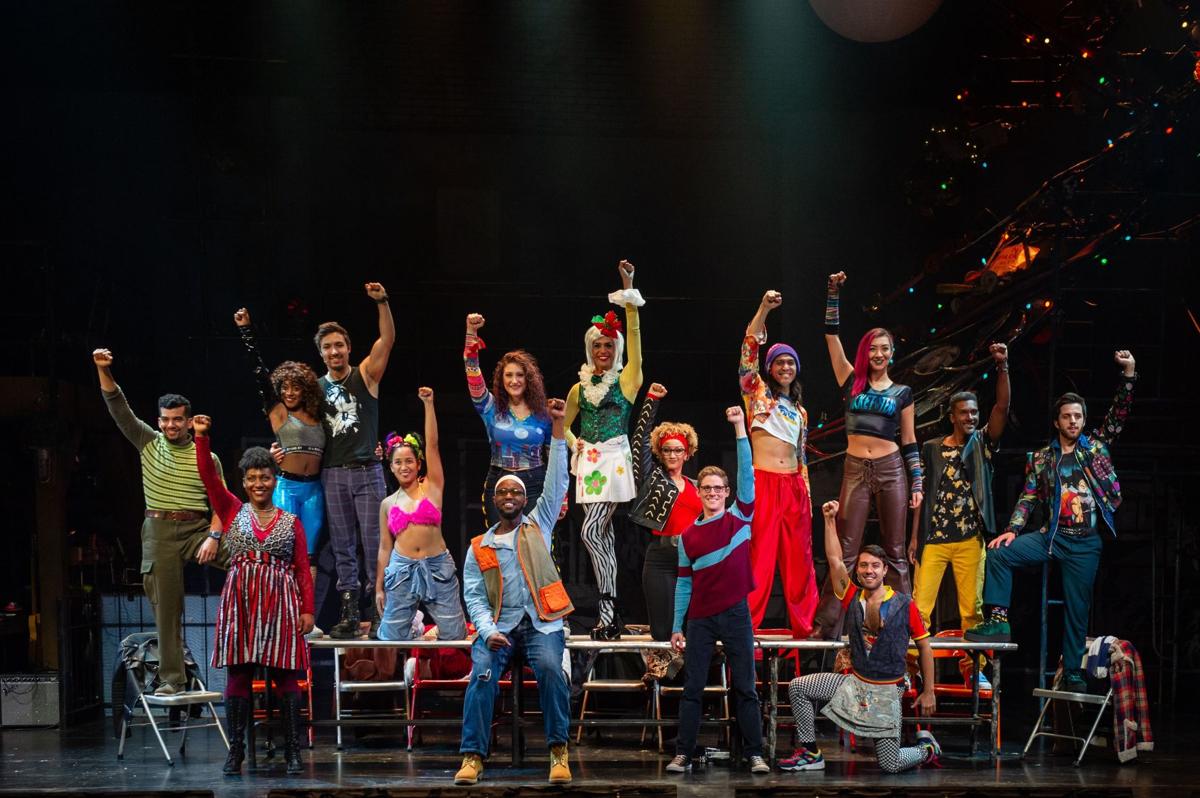 Cody Jenkins will performing at the WVU Creative Arts Center on Wednesday at 7:30 p.m. as part of the national tour of the musical “Rent.” The Daily Athenaeum interviewed Jenkins and talked to him about his life and the show.

Cody Jenkins did not always have dreams of being center stage and performing for audiences all over the world.

“I was playing sports when I was a kid, and when I was about 13, my mom wanted me to join theater camp with my sister, but I played baseball, football and wrestled growing up,” said Jenkins, the actor portraying Mark Cohen in the Broadway tour of “Rent.”

After attending camp with his sister and playing Linus in “You’re A Good Man Charlie Brown,” Jenkins knew he found his place.

Although Jenkins found a passion worth pursuing, the road to Broadway was sometimes rocky.

“I went to Texas State [University], initially, just as a performance and production major, so I technically still had a Bachelors of Fine Arts, but I was not in an intensive program,” Jenkins said. “All of my freshman year I was working hard to try to re-audition the next year to get into the program, and I was fortunate to get seen in the audition and join my current class in acting.”

Upon graduation, Jenkins worked on the Norwegian Sky cruise line as a principle production singer and went to Florida to appear in a musical “Now and Then.”

He then moved to New York City with the goal of auditioning for “Rent.”

“I saw ‘Rent’ was holding auditions, and I really, really, wanted to be a part of the show because it is one of my favorite shows,” Jenkins said. “I got in the room and had my audition, and the rest is history.”

At the beginning of December 2018, he joined the cast as a replacement for the character Gordon and an understudy for the role of Roger Davis.

It was not until the summer when the show was recasting that Jenkins landed his current role of Mark Cohen.

“I went in for auditions really just to be seen as a Mark understudy because I thought if I kept the job they gave me, I would just add a new part, and then it turned into me being Mark,” he said.

Immediately after leaving his role of Gordon, Jenkins had a week off before he was handed the camera and scarf that came with the role of Cohen.

Traveling the world with a touring production was a bit of a culture-shock for Jenkins, who found it tough to be away from family and friends.

“I was used to a certain degree of being on the road. I was homeless for a while during college, and I was struggling a little bit when I got out of college, so I kind of knew what it was like living out of a suitcase for months and not having a place to call your own,” he said. “It’s definitely a different lifestyle, a different pace for your life, but when you love what you do you can’t really complain.”

“Today 4 U” and “Tango: Maureen” are his favorite sections of the production.

“I get to be around a lot of the primary characters, and there is a lot of storytelling going on,” Jenkins said. “It doesn’t look relaxed, but for us it is a bit more relaxed, yet high-energy and fun.”

Jenkins said when the cast and crew first arrive at a new theater, they only have two hours to complete sound checks, walk the stage, get into costume and makeup and do whatever else is necessary before the show starts.

“We’re always constantly moving and constantly having to adjust,” he said. “It adds a whole other layer to the day-to-day.”

West Virginia is one of few states Jenkins has not yet visited on his tour.

“I don’t even know what to expect. I just hope we have a really good time,” he said. “We’re only there for a day, so we don’t have too much time to explore, but I am excited to see what West Virginia is about.”

'Rent' star talks about life, the show before taking to WVU stage

Up and coming artist morgxn inspires each crowd played

One dead in shooting at College Park apartment complex

In midst of collapse, West Virginia is wondering where to go next

Remembering Katherine Johnson: A look back on the life of the world-renowned mathematician and former WVU student