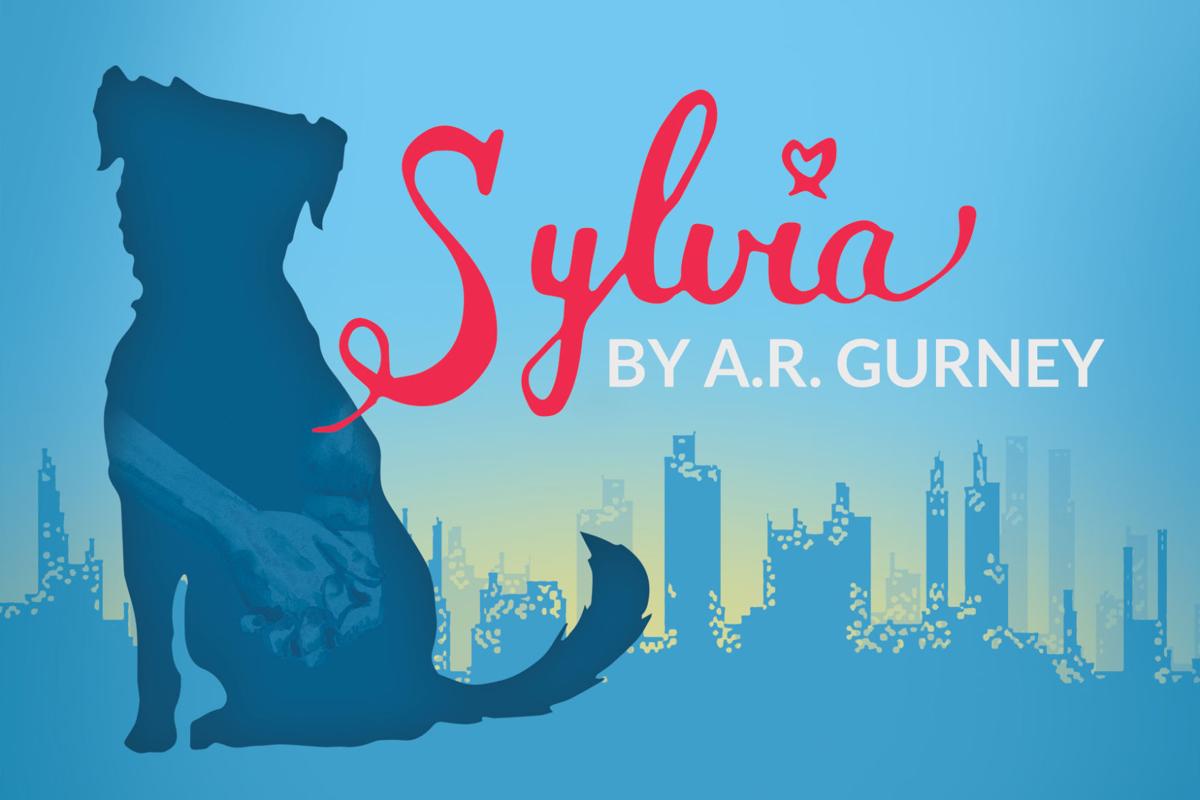 With only four actors, Sylvia has a small cast and a big heart. 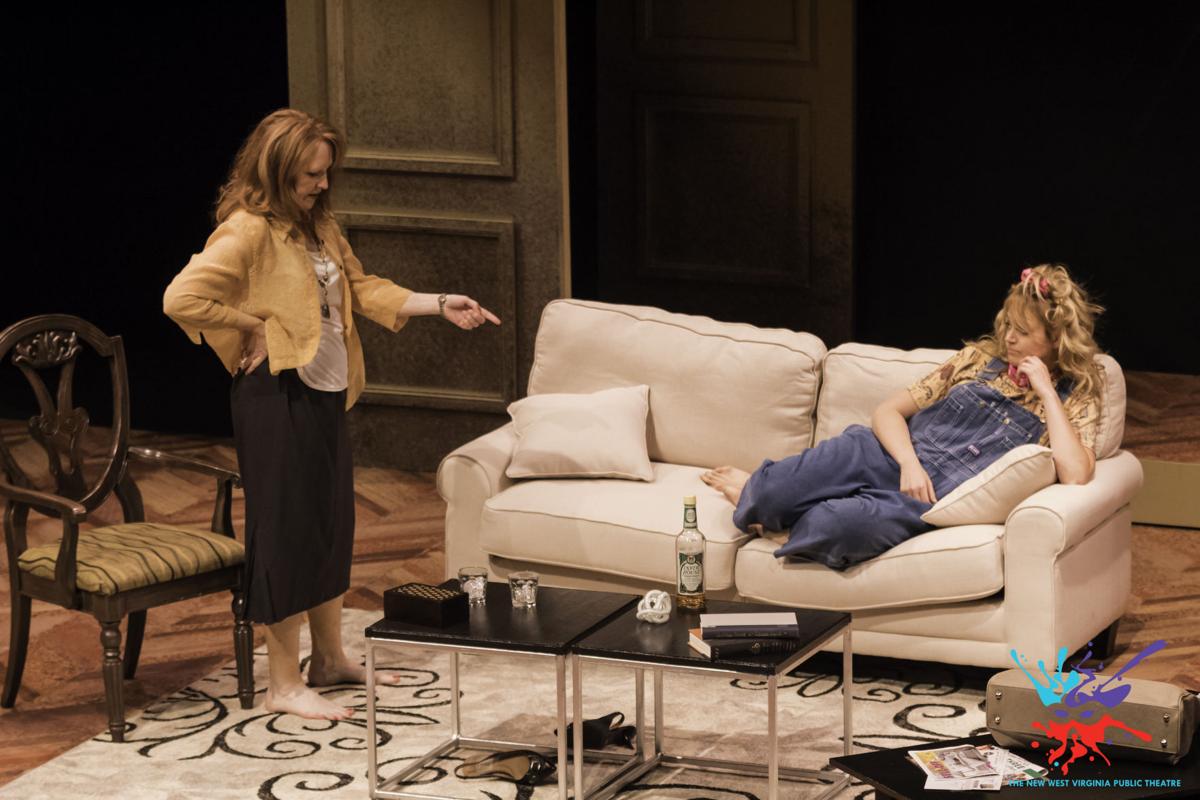 Kate demands Sylvia to get off the couch, but is met with insubordination.

West Virginia Public Theatre’s Sylvia mixes laughing, crying and barking into an emotional tale about a love triangle between a man, his wife, and a man’s best friend.

“I thought it was excellent,” said Don Fiddler, who knew nothing about the play when he came to watch. “Very funny and very moving. It made me think about the dog that I miss.”

Leaving work early following a dispute with his boss, Greg decides to take a nap on a park bench. He is woken by a unique canine that walks on two legs and wears human clothes. The dog, Sylvia, is searching for a new owner.

Cassandra Hackbart, who plays Sylvia, said she prepared for the role with, “Lot’s of physical warming up and also just watching and observing dogs.”

“I don’t feel uncomfortable,” she said. “It feels unnatural sometimes. Me digging into the floor was one of the more unnatural things I had to do.  That’s something that I really had to get used to and justify as my character.”

Kate finds Sylvia to be an unwelcome disruption on her 22 year marriage with Greg. As her husband becomes obsessed with his dog, she becomes annoyed that Greg would claim ownership of an animal despite their busy schedule and life in the city. She also feels left out.

Kate says that Sylvia “chew[ed] a huge hole in a 22-year-old marriage.”

It soon becomes evident that Sylvia is merely a scapegoat who is blamed for the marital problems. Greg hates his job and feels a disenchantment with his current reality. With his kids off at college and his wife engrossed in a new career, Greg lacks an outlet of affection.

“It’s really about Greg and his midlife crisis and the role Sylvia plays in helping him figure out who he is and what he wants to do with his life at that late stage,” said director Jerry McGonigle. “She’s a catalyst for him to take control of his life and change it.”

The play’s set is simple: a living room in a New York home. While the scenes do vary, alternating between places such as dog parks and airports, not much is changed with the scenery. Pieces of furniture are sometimes moved and there are projections onto stage indicating the current setting, but the audience mostly has to use their imagination.

“It’s written into the script,” McGonigle said. “He wanted the park to overlap with the apartment and with the therapist office.”

Sylvia will continue to play at the Creative Arts Center’s Gladys G Davis Theatre at the dates and prices seen below.

Pet of the Day: Kiwi

Wellbeing Wednesdays Podcast: What are the Social Determinants of Health?

Pet of the Day: Piper

Pet of the Day: Izzy