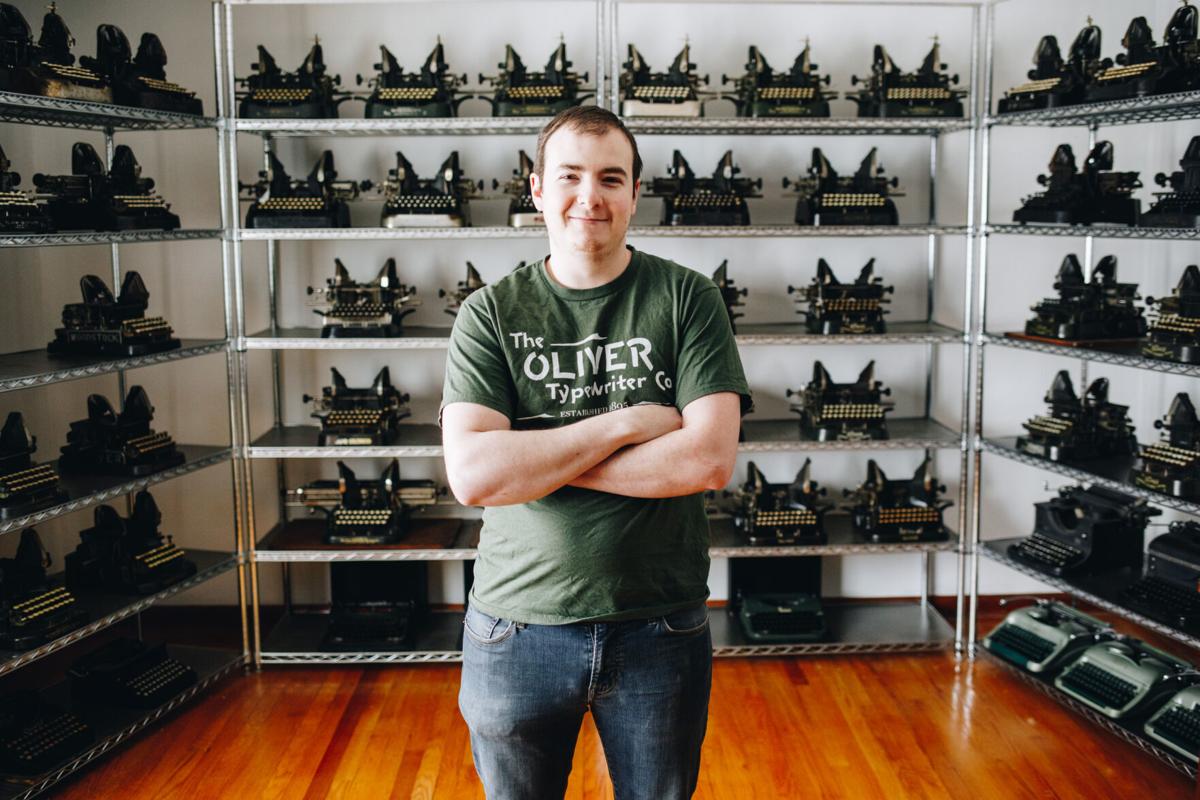 Jett Morton poses for a portrait with his typewriter collection inside his home in Morgantown W.Va. on Feb. 21, 2021. 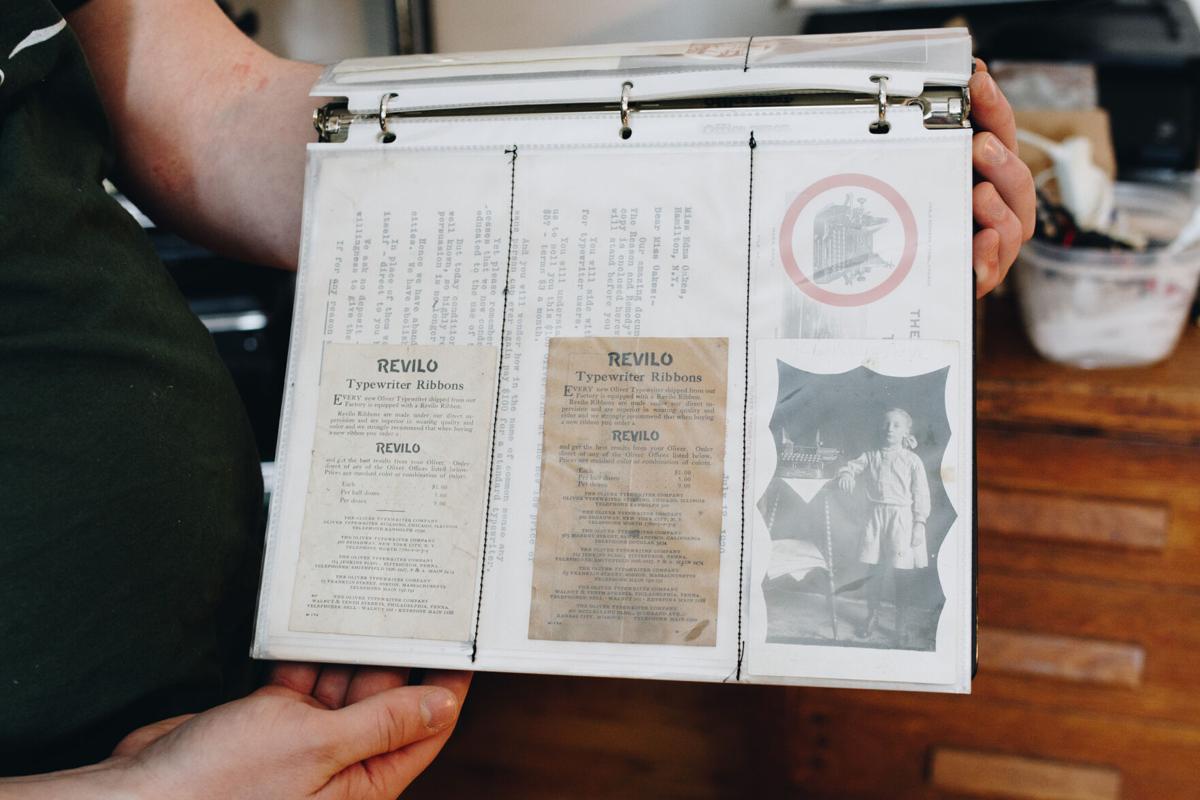 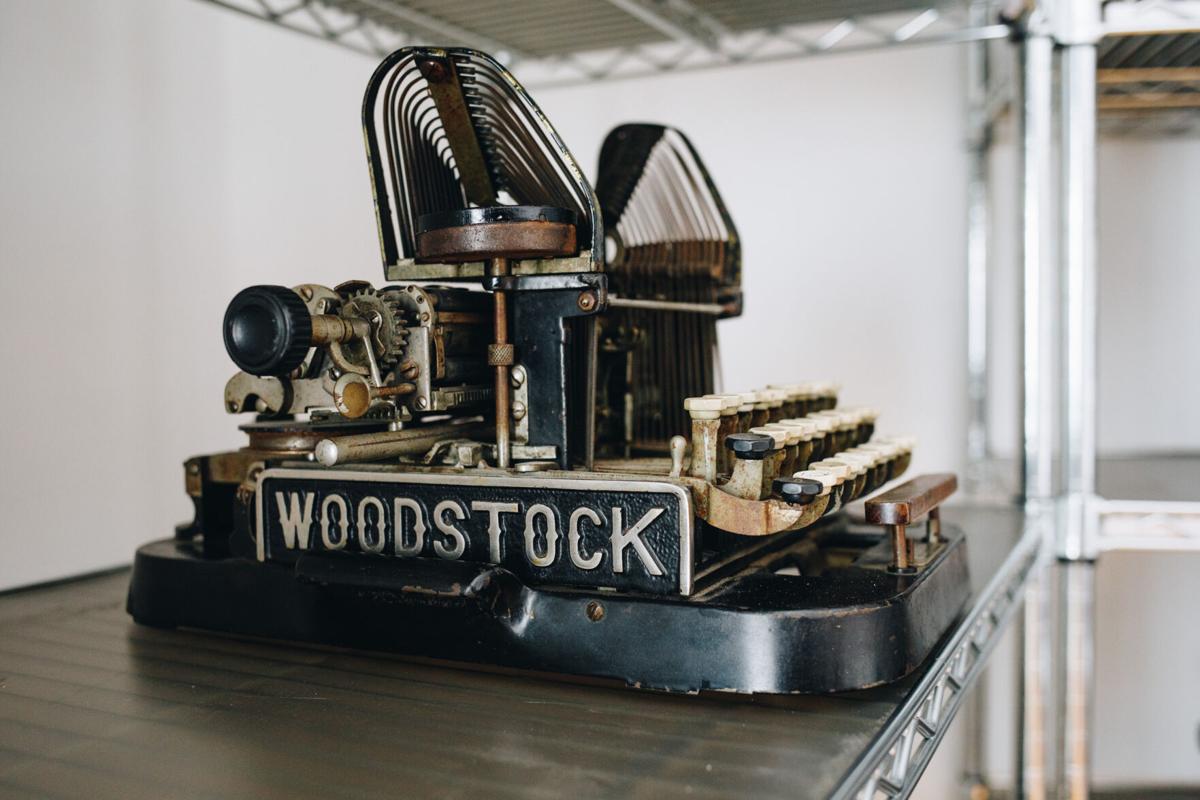 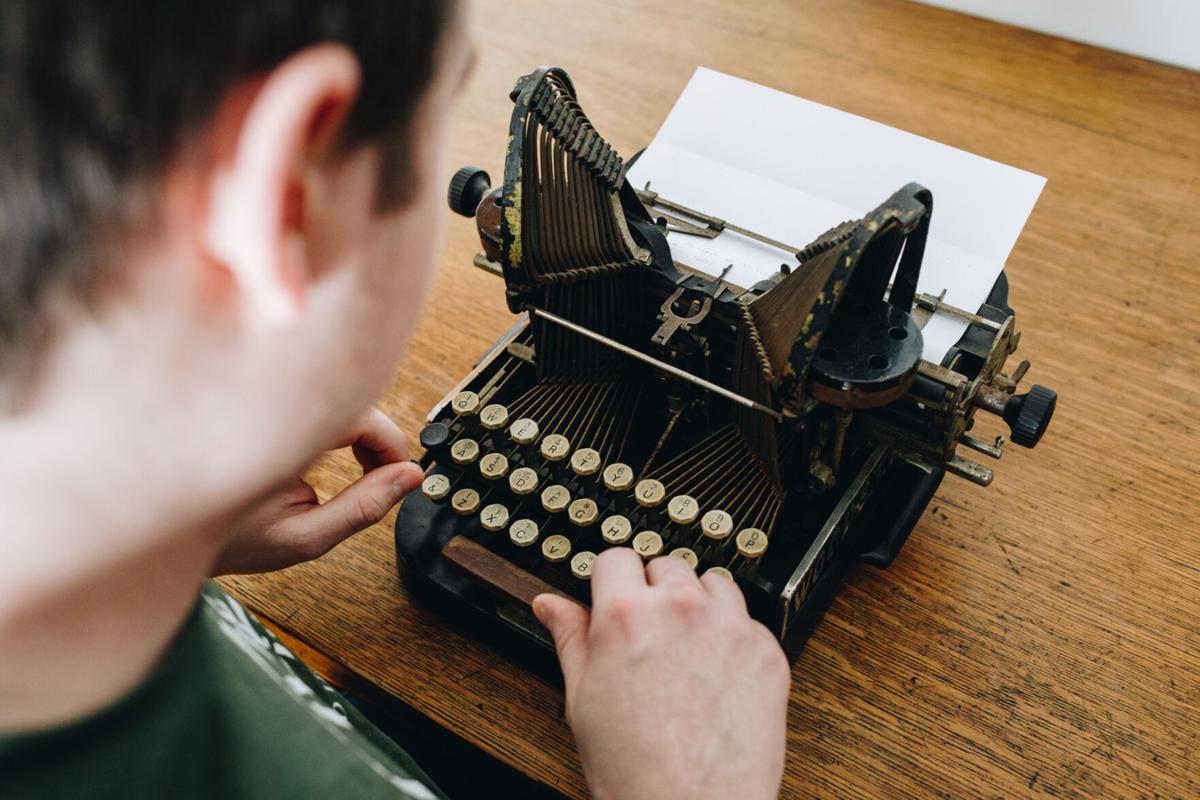 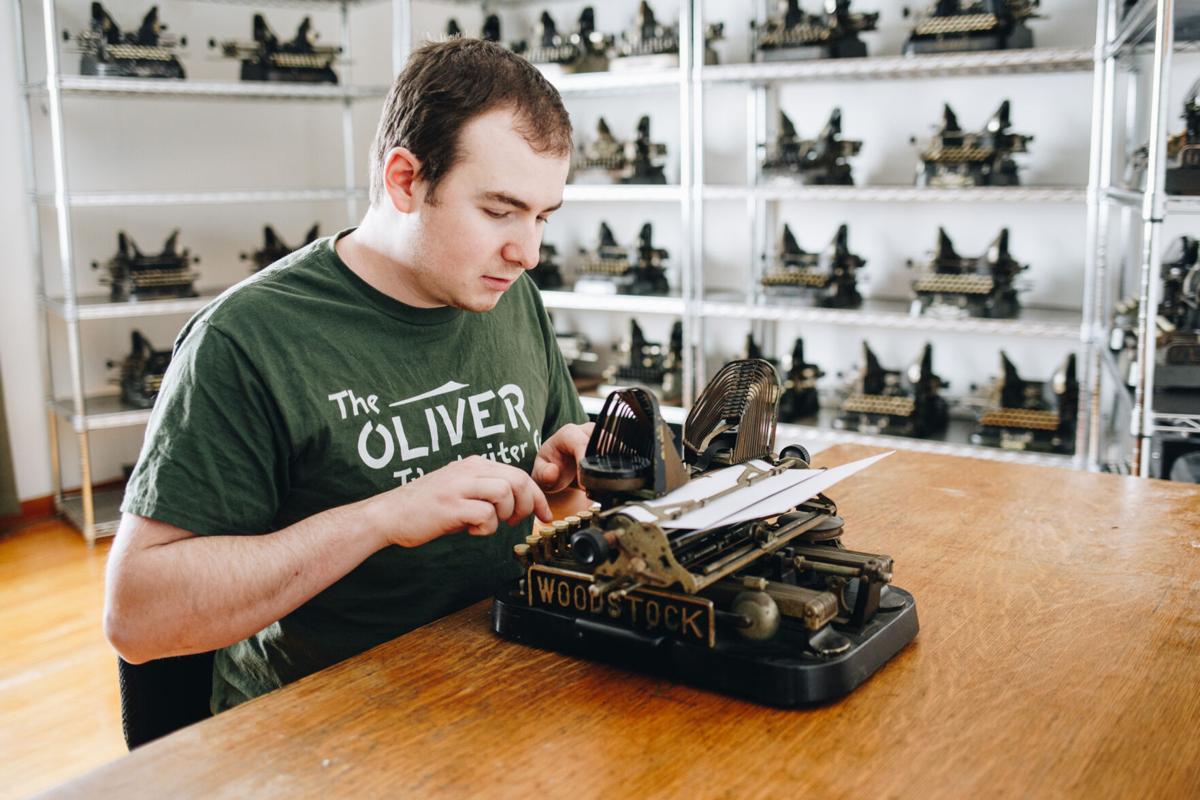 Jett Morton poses for a portrait with his typewriter collection inside his home in Morgantown W.Va. on Feb. 21, 2021.

Jett Morton is pretty good at installing new shelves for his growing collection.

Between the “Typewriter Room” in his parent’s basement and the four large metal shelving units in the living room of his Morgantown home, his collection of antique typewriters take up a lot of space.

Driven by nostalgia, typewriters have gained a surge of popularity in recent years. Before typewriters were cool (again), there was an existing worldwide community of people like Morton who collect, repair and use typewriters.

For him, this hobby started at the age of seven when his parents would take him to yard sales and flea markets.

Morton already had an interest in regular computers. At a yardsale, he saw something that looked like a computer: a typewriter.

After this first typewriter, he went to visit a family friend in Morgantown who owns over 800 typewriters.

“He gave me the first typewriter that he got when he first started collecting,” Morton said. “That’s what really fueled me to start getting more antique machines.”

Morton’s parents had a spare basement room that became the typewriter room. It was wall to wall with typewriters pressed up against each other.

“I had several rare Olivers and I liked the design,” Morton said, “I thought ‘Well let's see how many Olivers I can get.’”

He sold off some of his other machines and the number of Olivers is up to 54. He says it’s likely the largest Oliver collection in the world with some of the rarest machines.

Thomas Oliver, founder of the Oliver Typewriter Co., was Canadian by birth. As a Midwest pastor in the late 19th century, he wanted an easier way to write his sermons.

He designed one of the first “visible print” typewriters.

“Before the Oliver, when you type on the keys, the tight bars used to swing up from underneath to hit the platen,” Morton said as he showed the Oliver’s mechanism. “You couldn't see as you type until you were done.”

The preacher’s original design was patented in 1891 and became the Oliver One.

Over a million Oliver machines were manufactured in Chicago, up until the Great Depression when the company was sold to investors in England.

British Oliver produced typewriters until the company closed in 1959.

The design was also licensed around the world under names like Courier in Austria and Stolzenburg in Germany.

In Argentina, the Oliver name was already trademarked. So they called it Revilo (That’s Oliver spelled backwards).

Morton’s favorite machine is a special edition Woodstock Oliver typewriter. It’s over 130 years old and named for the factory location in Woodstock, Illinois.

This rare version of the Woodstock was made exclusively for department store Montgomery Ward.

“They only made 19 of them,” Morton said. “There was an advertisement in the Montgomery Ward catalog of 1898 that had this machine.”

For years, Morton said, collectors have seen this advertisement but not the actual typewriter.

“They made only 19. I mean, that's not going to be around. And one day a Woodstock showed up on eBay.”

He gets a lot of machines on Ebay or other online forums these days. His eye looks for rare stuff like the original Oliver One model, a German model known as Jacoby, and a few Italian portable models.

“I probably have a list of a couple dozen Olivers with this and that I don't have,” Morton said. “It really just depends what shows up for sale.”

Morton said over the past few years the worldwide typewriter community has rapidly expanded online.

In 2016, a documentary called “California Typewriter” starring Tom Hanks, an avid typewriter collector himself, attracted new attention for the typewriter community. Morton even had a cameo in the film.

“The main thing, I think that is my fascination with them is that they are perfect devices,” Hanks said to the PBS NewsHour in 2017. “They do one thing and only one thing. You can't make a phone call on a typewriter and you can't pull up today's New York Times.”

Hanks owns hundreds of typewriters, wrote a book about typewriters and types on them a lot. Morton doesn’t type on his machines; it’s all about collecting the Olivers.

Still, they’re both part of the same worldwide community of typewriter collectors.

“The community is what makes typewriter collecting what it is today,” said Morton.” I mean, it's about the machines, but it's more about the people and the history of the collecting and meeting the people that you meet.”

This piece was originally published by West Virginia Public Broadcasting