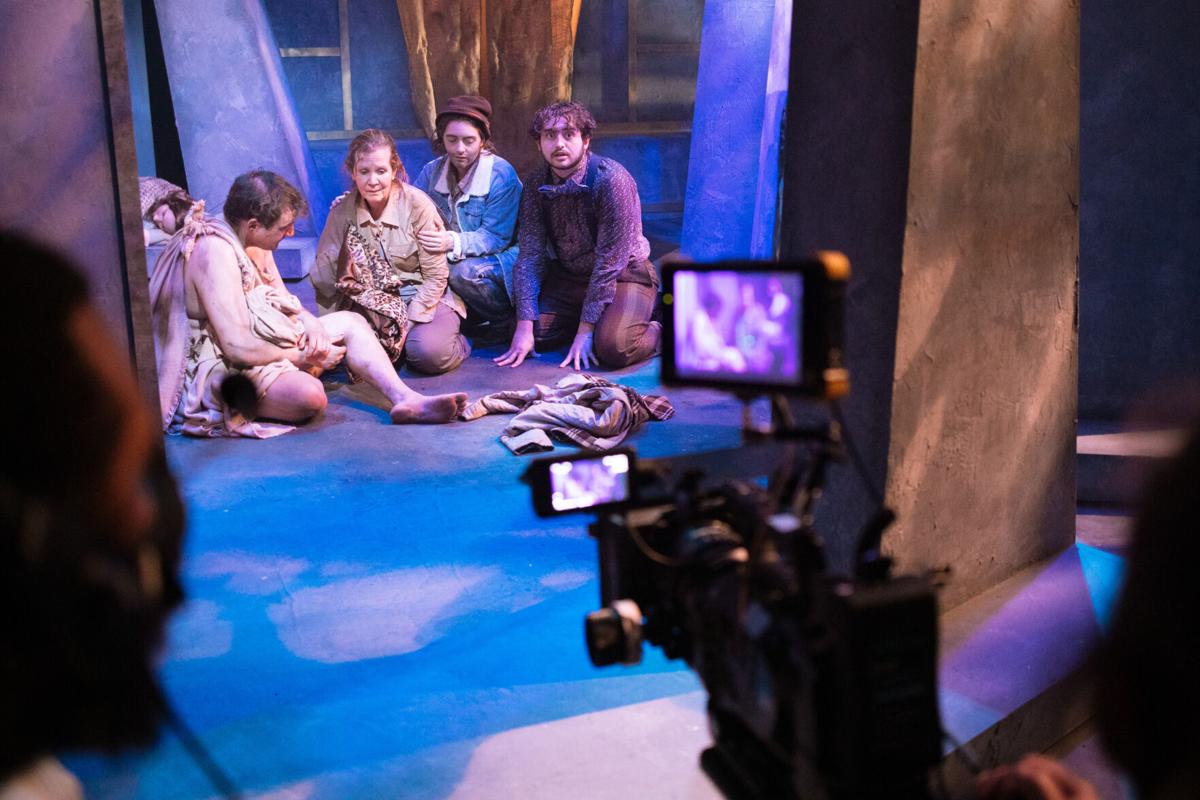 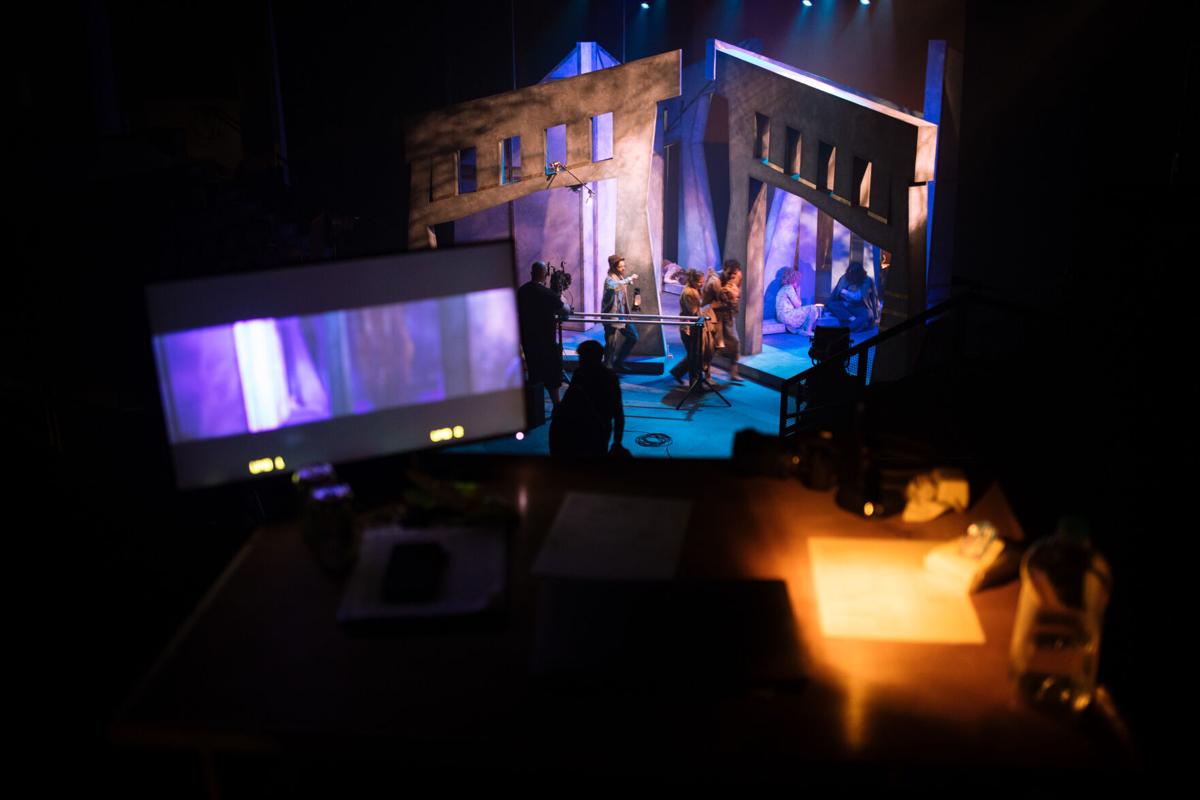 Actors participate in a production night of King Lear. 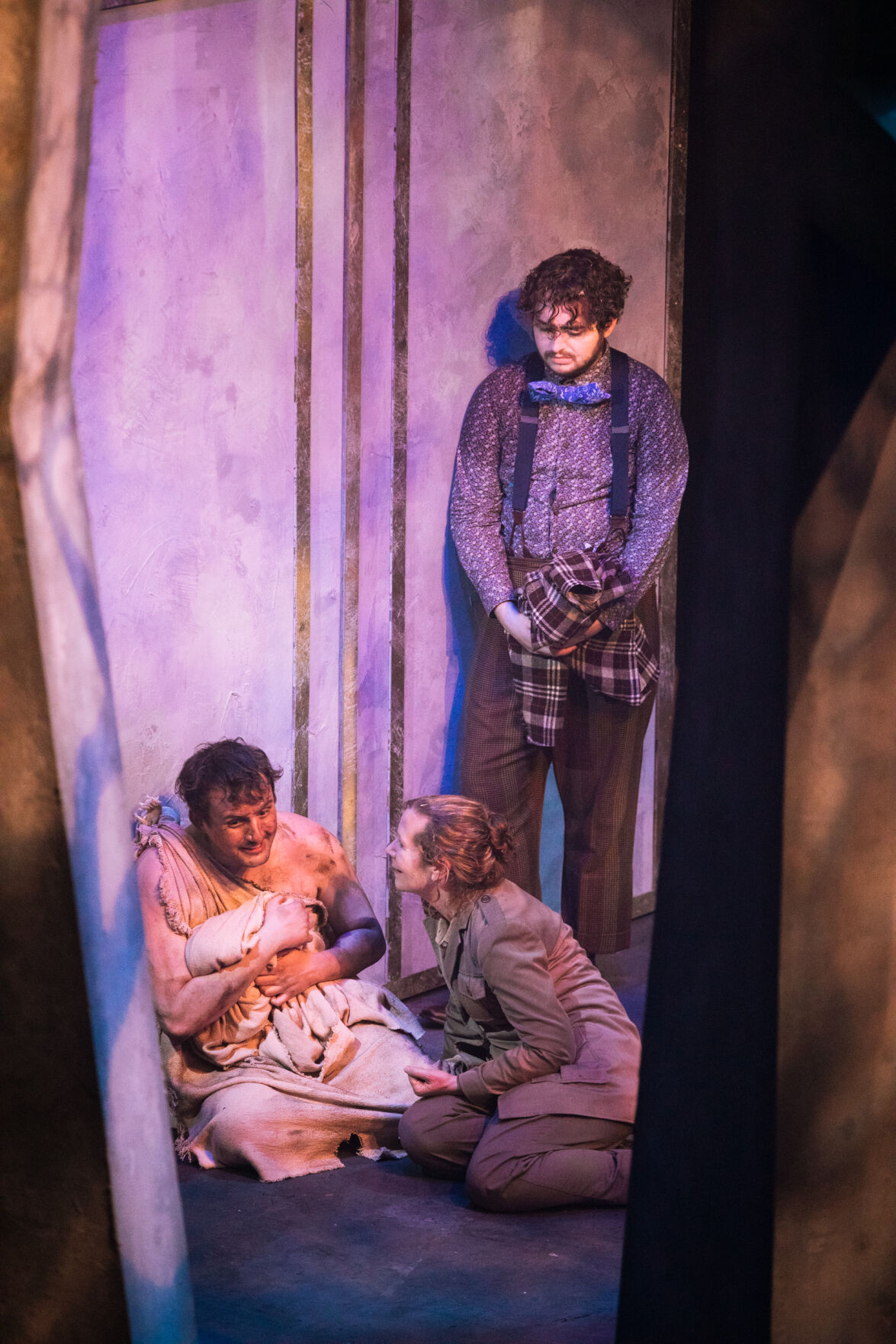 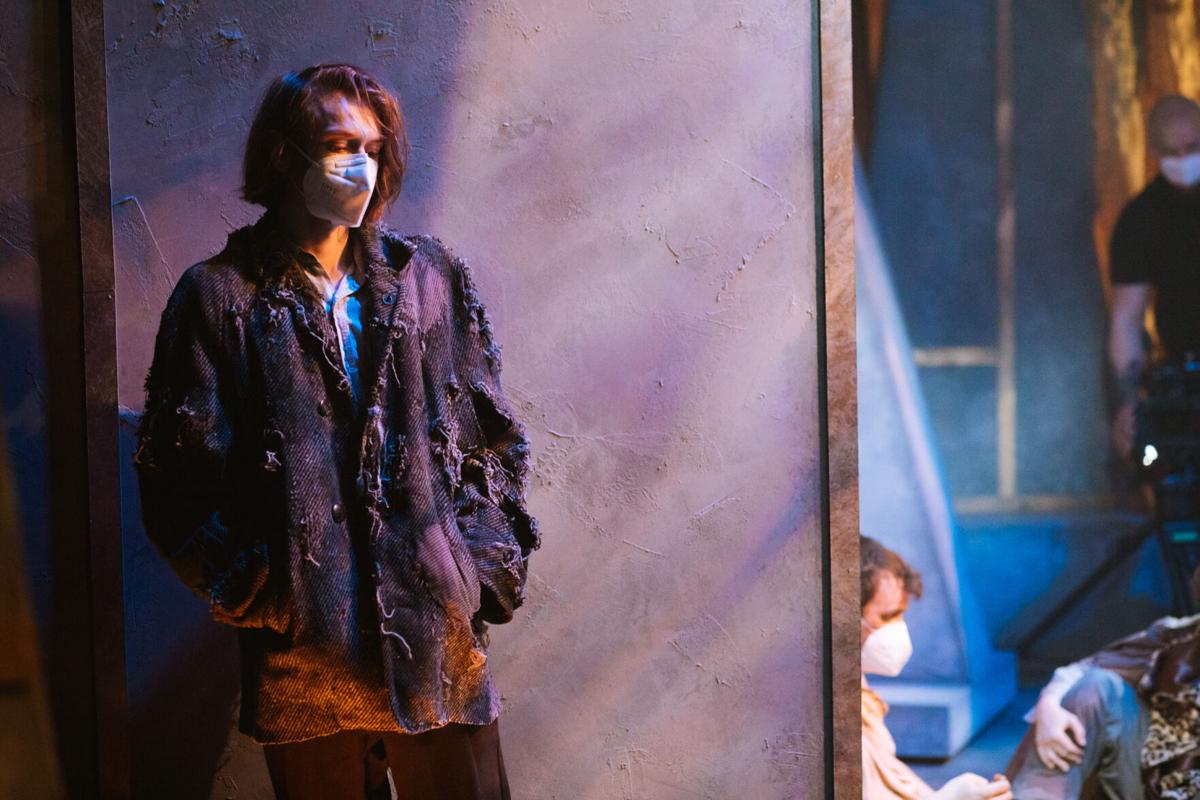 Actors participate in a production night of King Lear.

The production of WVU Theatre’s show “King Lear” is in full swing, but this year it will look a little different. Instead of performing for a live audience, the theatre department is working with West Virginia Public Broadcasting to create a film.

The first assistant director, Presley Weimann, a junior theatre design and technology student, said that WVU Theatre has had to adapt to COVID-19 restrictions.

“We weren’t allowed to have an audience, so there was no way we were gonna be able to put up a theatrical production due to COVID,” Weimann said, “And our other shows have either been canceled or one has been moved to the amphitheater outside to be able to still have some sort of theatre experience.”

Because “King Lear” is the first show since the start of the pandemic, WVU Theatre has implemented various safety precautions including performing temperature checks and wearing KN95 masks.

Weimann explained that in addition to getting used to pandemic protocols, the theatre students have had to grow accustomed to the filming process.

“We have kind of a groove now where we have like a meeting before, we nail down a shot list and then it’s my job to make sure we stay on schedule and achieve all the shots that we are supposed to in a night,” Weimann said.

“Getting into the room filming and seeing everything come together on the monitor has been really rewarding and a really cool part of the process,” Tirendi said.

“We’ve been kind of having a lot of trouble thinking about, ‘Do we wanna show the theatre and that we’re in a theatre or do we want it to just be a film?’ So things like showing the seats and the railings,” Tirendi said.

According to Weimann and Tirendi, the switch from a traditional theatre format to a film has given the theatre department the flexibility to experiment with special effects including rain and fire.

In order to create these special effects, WVU Theatre built a rain rig to hang from the grid above Gladys G. Davis Theatre.

“It’s essentially a rain curtain, and then they built this 16-by-16-foot platform that catches all the rain and then it takes about an hour to drain and you can use it again,” Weimann said.

Weimann said that while this type of effect is rare in a theatre production, it is possible for this show because the show is never run in full.

“It’s actual physical rain, which is, in a theatre production, unless you’re like on Broadway, that’s kind of unheard of because there’s no way to stop the show and install a rain rig,” she said.

Tirendi was also excited about adding the special effects.

“We get to film those scenes and have live fire,” she said. “I mean there’s nothing like it, and the rain is, continuity-wise, really difficult because when you go to do a new take you have to make sure the actors are in the same amount of rain as they were before.”

“I got to see everything on the monitor,” Tirendi said. “I mean once you add fog and haze and rain and fire and everything, it starts to look really awesome, so I’m excited to see what they do in the editing process in terms of taking all of these shots that we have and putting them together.”

Film Club 'hungry to make stuff' as it overcomes hurdles