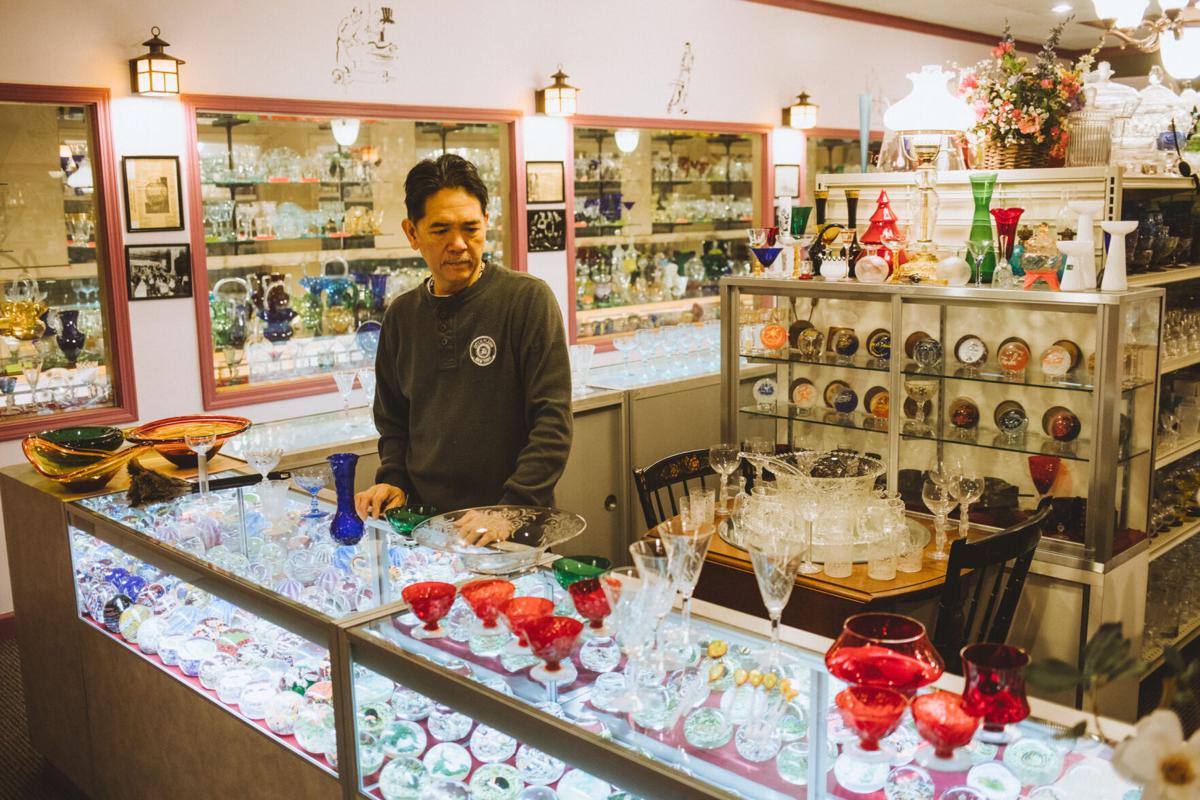 Ly stands in the museum and surveys his collection. 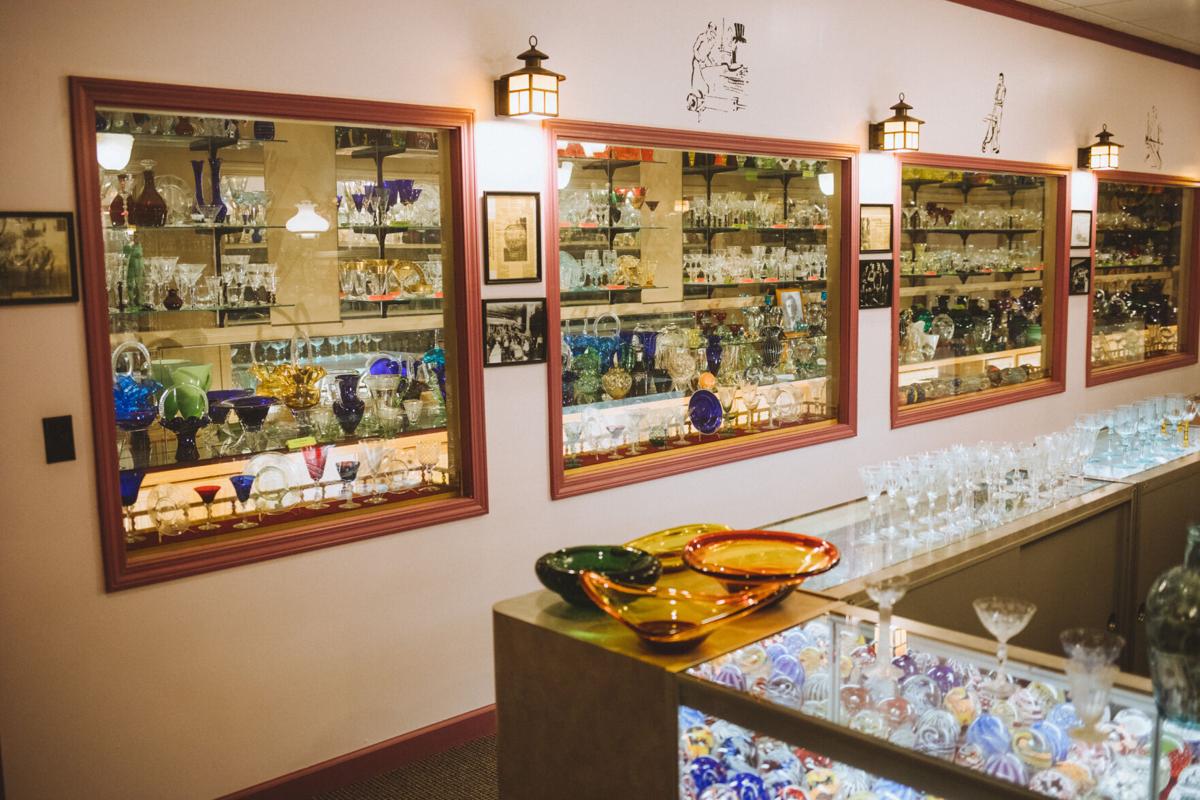 Part of Ly's collection inside the Morgantown Glass Museum. 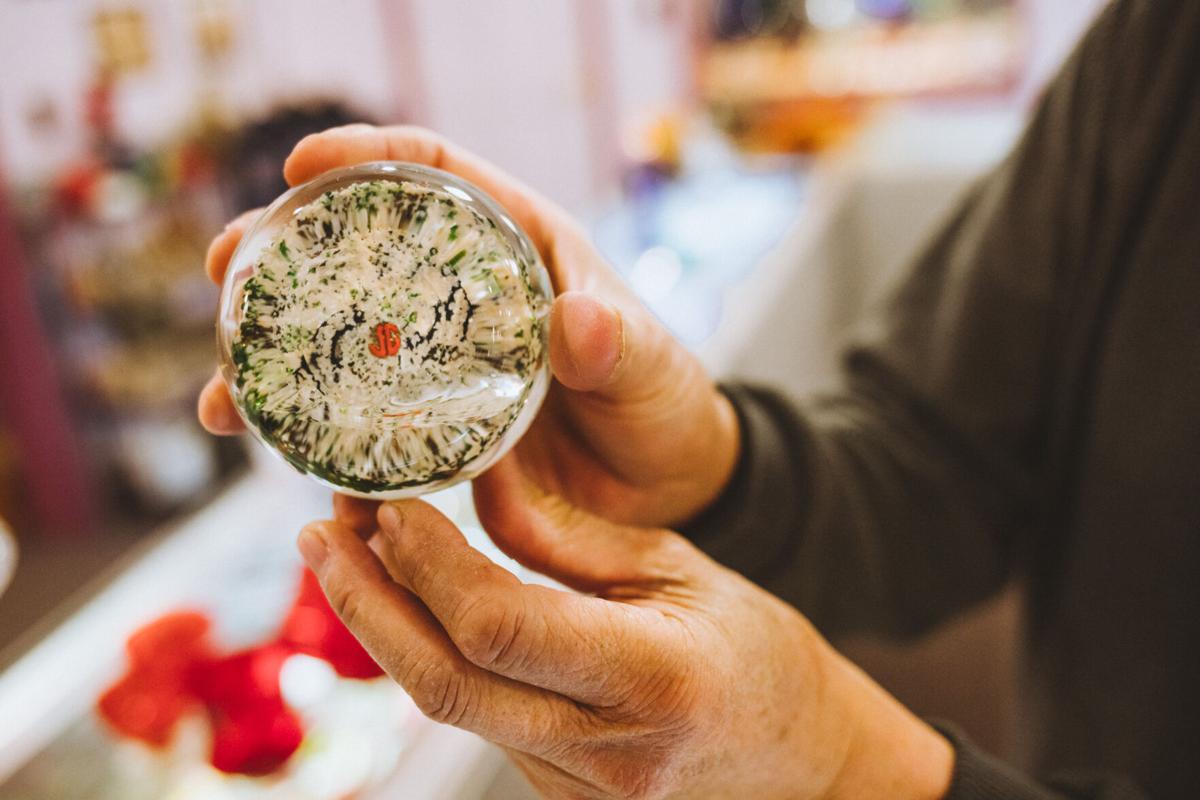 Ly shows the signature on the bottom of one of the glass paperweights. 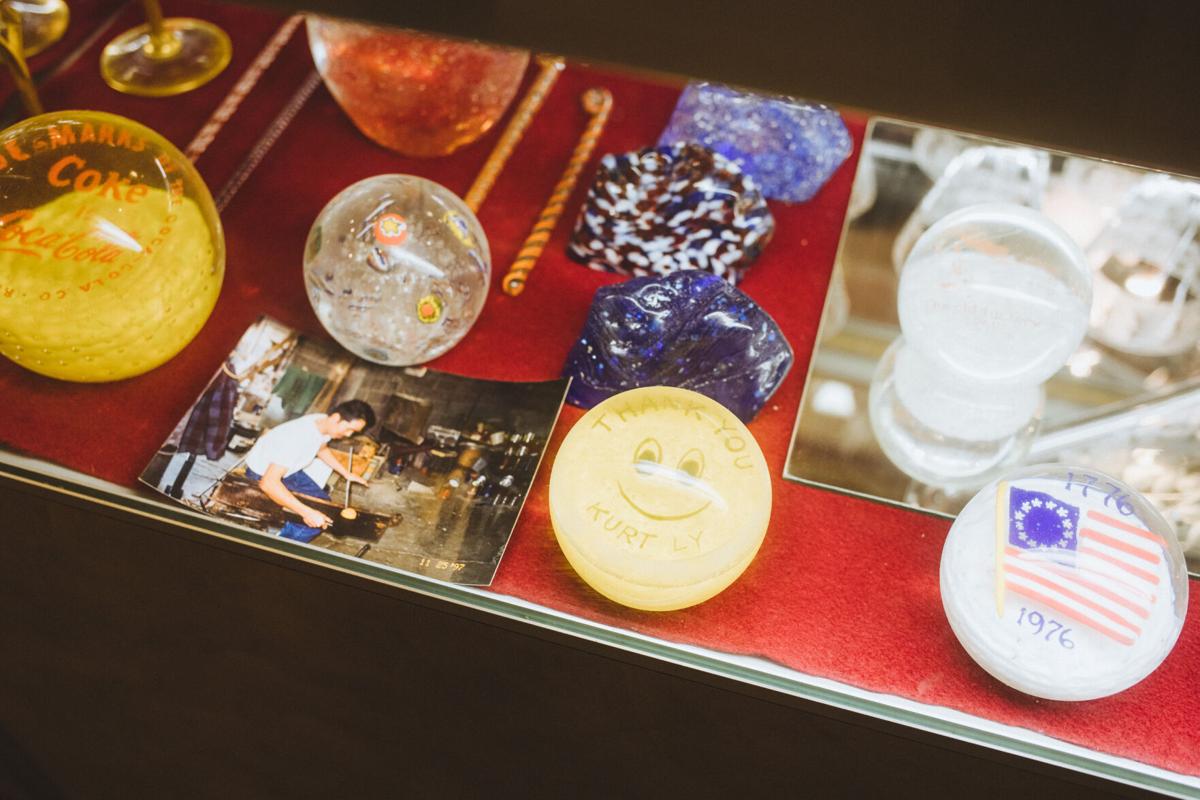 Several paperweights rest inside a display case with a photo of Ly molding glass.

Ly stands in the museum and surveys his collection.

Part of Ly's collection inside the Morgantown Glass Museum.

Ly shows the signature on the bottom of one of the glass paperweights.

Several paperweights rest inside a display case with a photo of Ly molding glass.

It’s an unassuming brick and mortar building on Mileground Road in Morgantown located just before passing motorists hit the traffic roundabout and sandwiched between an auto body shop and an abandoned shack.

Looking at it from the outside, you’d never guess that the basement holds the world’s largest collection of precious Morgantown glass.

“A lot of people make money, go gambling and blow it,” said Kurt Ly, owner of Peking House, a chinese restaurant, and proprietor of the Morgantown Glass Museum. “I don’t smoke, I don’t drink, so this is my habit.”

Ly owns the world’s largest collection of Morgantown glass, created in a series of glass factories in the town over the last two centuries. In 1930, there were over 60 factories operating in the region, creating hundreds of jobs and attracting European immigrants to work in the factories.

An immigrant as well, Ly moved to Morgantown in 1980 as a refugee from Vietnam. For a couple of years, he worked two jobs, at a factory and at a restaurant on Beechurst Avenue.

The restaurant was right next to the Seneca Glass Factory and many workers took their lunch breaks there. Ly moved away from Morgantown for a year but when he returned in 1984 to start his own restaurant, the glass landscape was vastly different.

Seneca Glass had gone bankrupt, and he contacted an old foreman at the factory he knew from his restaurant days to find out what glass was left in the plant.

“I said ‘If you know anybody who has glass, I want to buy it,’ because that's how I go into it,” Ly said. “They have a lot of nice glass.”

Many of Ly’s pieces are one-of-a-kind. He shows off hand-etched table settings, each individual piece with thousands of marks that take tens of hours of work by a skilled craftsman.

“I have a lot of stuff in here that nobody has,” Ly said.

He’s dedicated to protecting the glass and its legacy but laments that the younger generations don’t care about preserving this glass.

There used to be over 400 members in the Morgantown Glass Guild, but Ly said in recent years the numbers have diminishes and collections become consolidated.

He’s content to be the keeper of this glass, and as it pops up on Ebay, he buys it. These days, that’s happening less and less.

His face lights up as he talks about the history of each piece. Carefully, he picks up a paperweight to show the signature stamp on the bottom of an old paperweight.

Many of the pieces were made specifically for the factory owners' collections or homes. As they’ve passed away, Ly has purchased the pieces and added them to his growing collection.

The brick building he built just to house his collection. The top floor he rents out to a marketing firm and the basement is devoted to thousands of hand-crafted pieces of history, an icon of a bygone era, and economy, in Morgantown.

“Every time I come down after work, I sit down and I say that ‘look at this piece. Oh my god, this piece.’ I weigh it, I pick it up. And I feel better,” he said.

Arts walk displays work from local artists, musicians once per month throughout downtown

‘Even the fake ones are hard to find': Student collects hundreds of jerseys

Luck of the virus? Students party for St. Paddy's