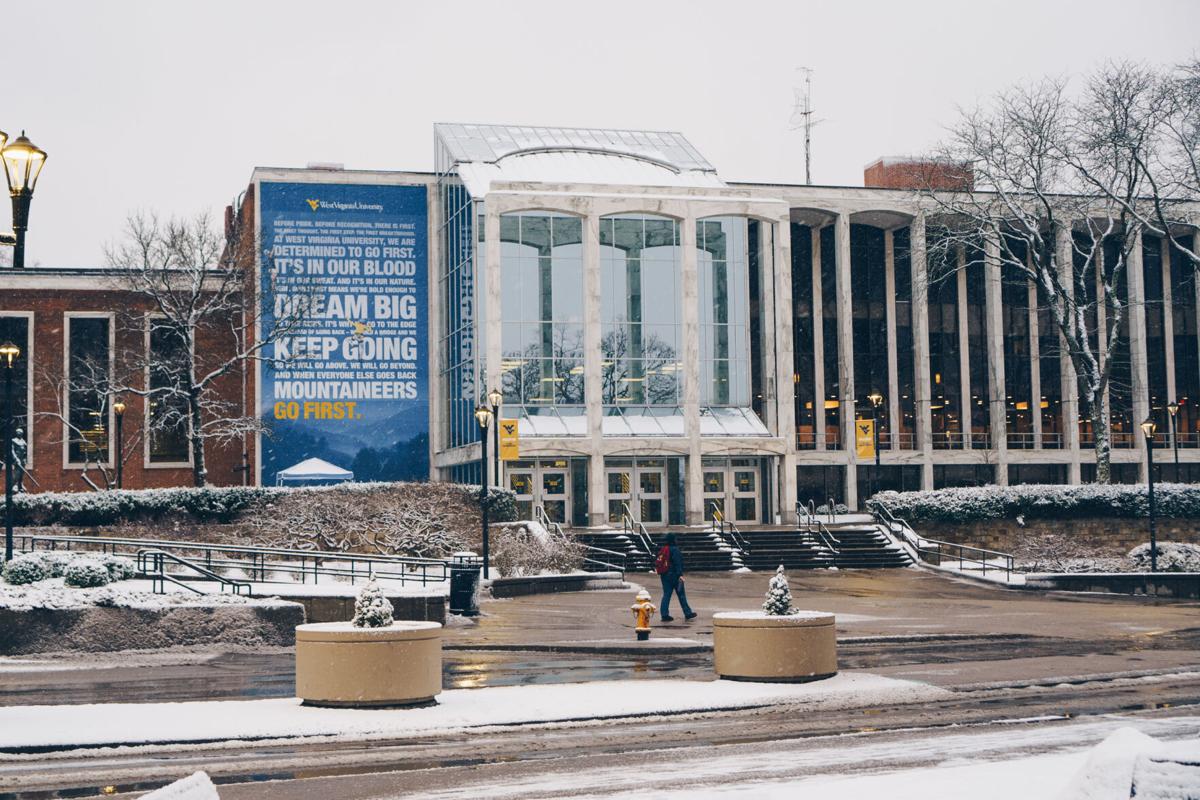 A student walks past the Mountainlair on Wednesday, Jan. 20. 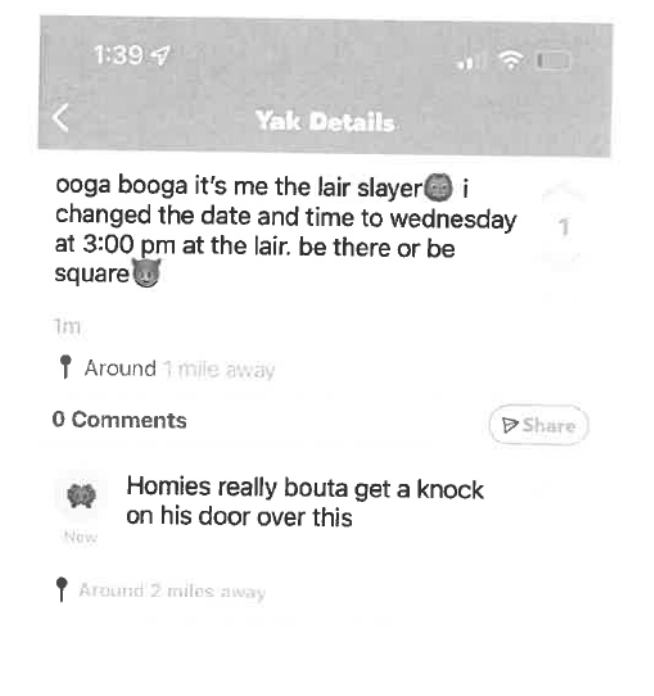 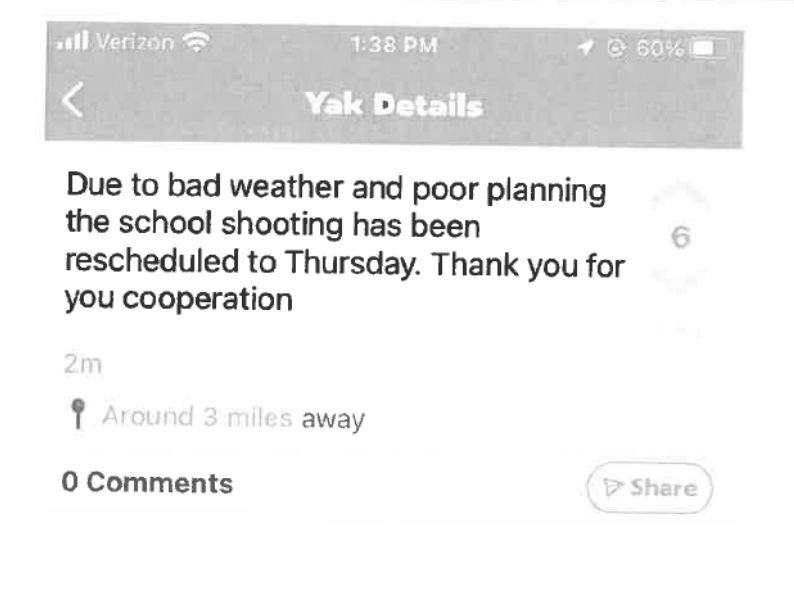 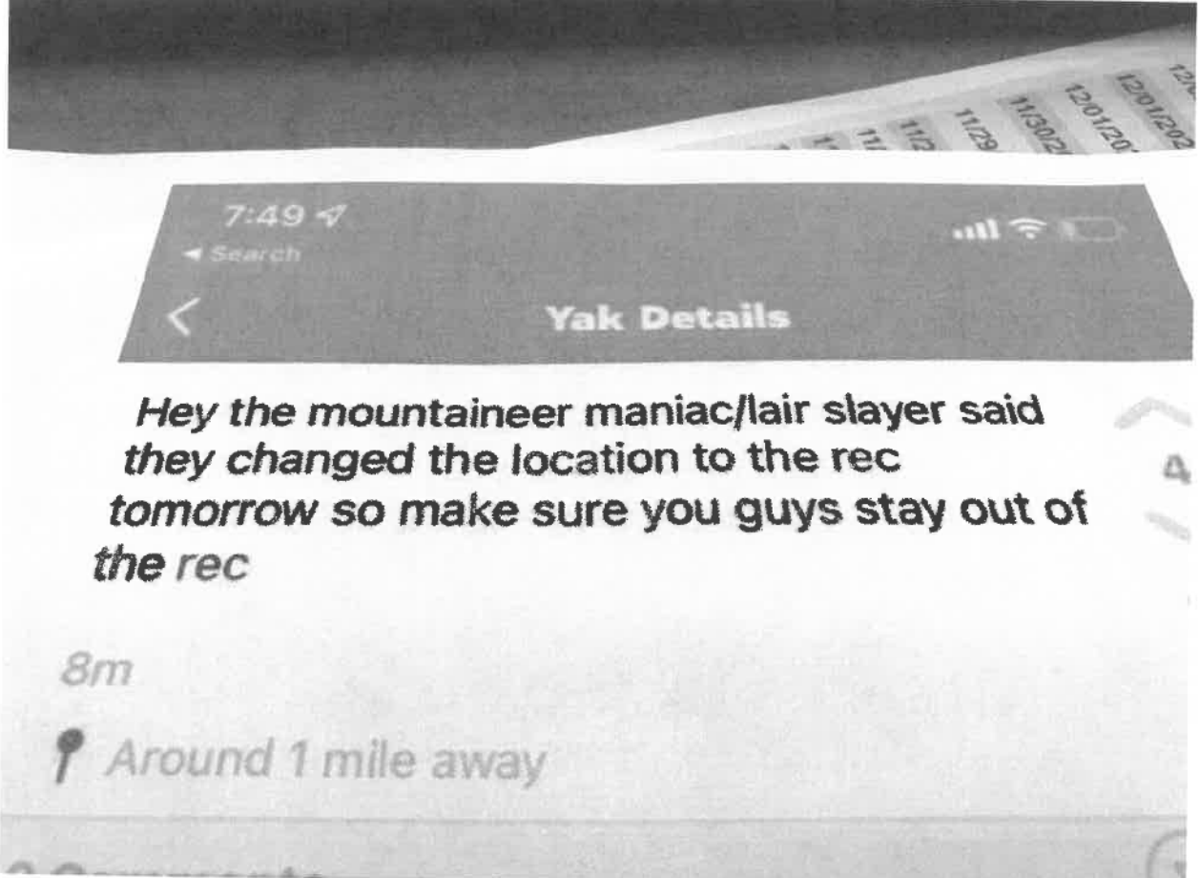 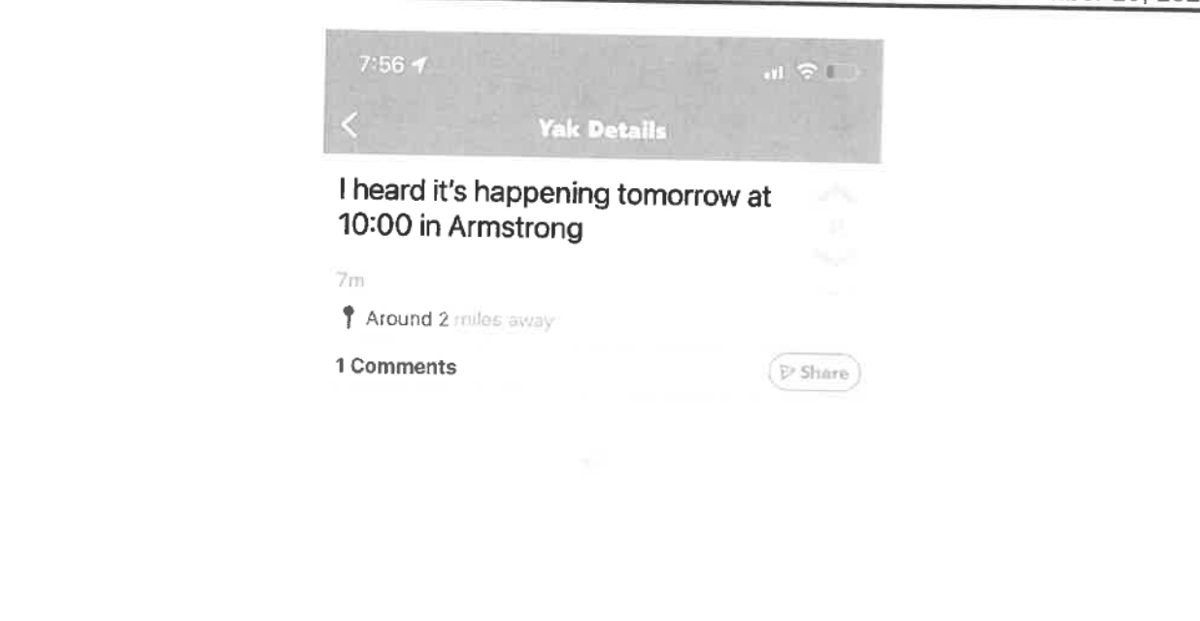 A student walks past the Mountainlair on Wednesday, Jan. 20.

Editor’s note: This article includes content about suicide and may be triggering to some readers.

This past month four students faced disciplinary action after posting false information on the anonymous social media site Yik Yak, which followed the discovery of a suicide note on campus.

Police reports acquired by the Daily Athenaeum — via public records request — reveal University police worked alongside Yik Yak to identify the students behind these posts.

At the request of the police, Yik Yak provided each student’s phone number and IP address at the time of the post.

Through this, police were able to pinpoint the precise location of each post and the student associated with each phone number.

The messaging app gained popularity among students due to its seemingly anonymous nature. But now users are realizing the app isn’t as anonymous as it seems.

When users first log onto the app, they provide only a phone number and are anonymously connected to other users within a five-mile radius. The screen then displays the message, “As always on Yik Yak, you’ll be anonymous inside the app.”

In an initial statement this past month, University officials said each of these posts included false information which “heightened anxiety and fear” on campus.

Some of the posts included misleading information about the public incident addressed in the initial letter, such as its location and time.

On Dec. 5, WVU issued a campus-wide notice after receiving an anonymous letter detailing a public suicide on campus that would occur the following day. According to the University, no direct threats were made to other people on campus, and no incident occurred.

One of the posts read, “ooga booga it’s me the lair slayer I changed the date and time to wednesday at 3:00 pm at the lair. be there or be square.”

The student, whose identity is redacted, made the post while attending classes on the Health Science campus and plans to go into the medical field, according to the police report.

When responding officers arrived at the student’s room at Bennet Tower, he claimed to have no knowledge of the post.

The responding officer then asked local dispatch to call the number associated with the Yik Yak post, and the student’s phone began to ring.

Another post claimed the public incident (noted in the suicide letter) would take place in another area on campus.

“Hey the mountaineer maniac/lair slayer said they changed the location to the rec tomorrow so make sure you guys stay out of the rec,” the second student wrote in a Yik Yak post.

He told responding officers he made the post “hoping that not as many people would show up to the Rec Center as there is always a lot of people in there when goes to workout.”

“He now understands the ramifications of what he had done,” Officer Matthew Carr said in a report. “Also he understood that [Yik Yak] was not as anonymous as he had thought.

A third student wrote, “Due to bad weather and poor planning the school shooting has been rescheduled to Thursday. Thank you for your cooperation."

A fourth student made a post claiming the location of the public incident detailed in the original letter would be changed, saying, “I heard it's happening tomorrow at 10:00 in Armstrong."

Documents obtained by the DA show that University Police were first notified of the threatening messages through the LiveSafe app.

Each post was then classified as a ‘true threat” under the Campus Student Code — when a student makes a "serious expression of an intent to commit an act of unlawful violence to a particular individual or group."

Three of the four students have been placed on deferred suspension, according to Shauna Johnson, news and information manager for University Relations. She said they’re now required to complete “significant community service and education requirements.”

In this case, a suspension would not go into effect as long as each student complies with all requirements during the allotted period, as outlined by the Student Code. Likewise, the student’s record will “show that the sanction was never imposed.”

Due to federal privacy laws, Johnson said Student Conduct was unable to specify which post was associated with the fourth student, who won’t face any charges.

She added no additional criminal charges have been filed at this point. And each of these students was confirmed to have no connection to the initial letter, according to University Police documents.

Though Yik Yak prides itself on anonymity for users, it reserves the right to share nonpublic information on users with law enforcement.

At any given time, Yik Yak has the following information about a user:

Moderators takedown and even report posts that violate the app’s community guidelines, as noted in the app’s Community Guardrails.

In October, a similar incident occurred at the University of Nebraska-Lincoln where a student made “terroristic threats” on the app, as reported by The Daily Nebraskan.

WVU is giving students $27 million in COVID grants. You could be eligible.

Countdown to Next Men's Basketball Game