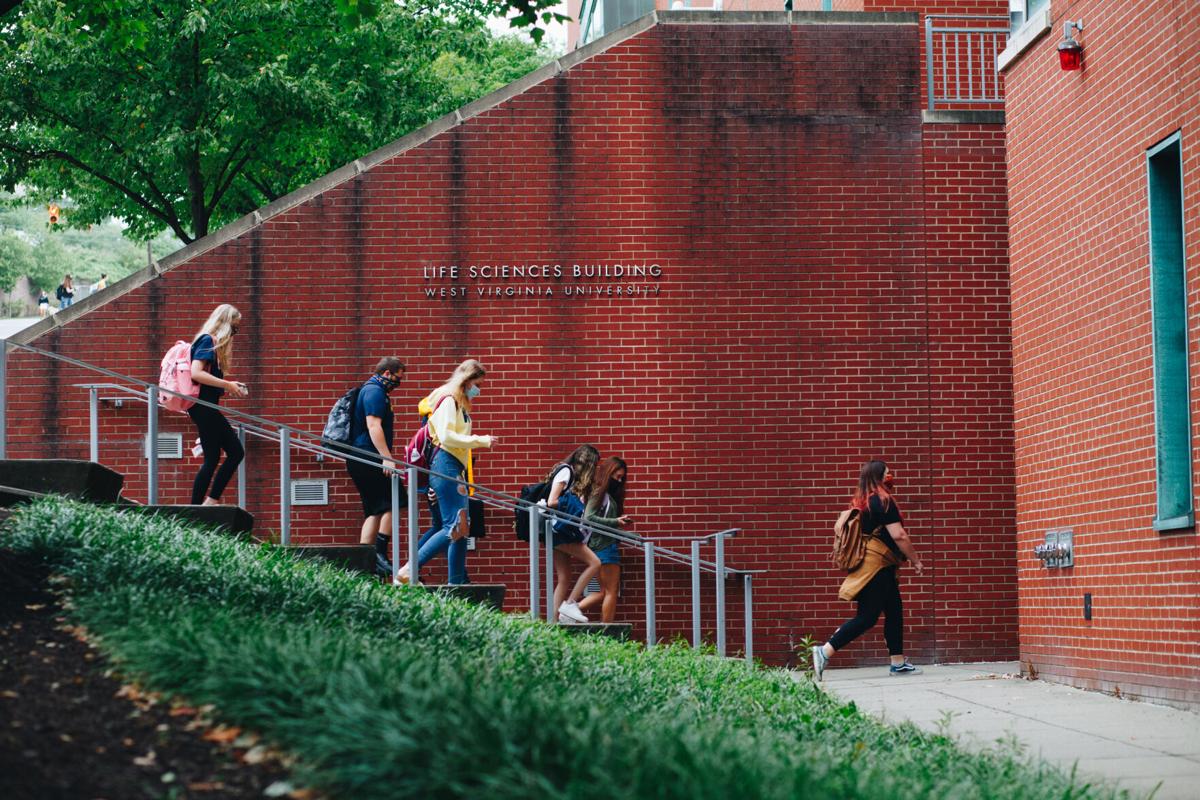 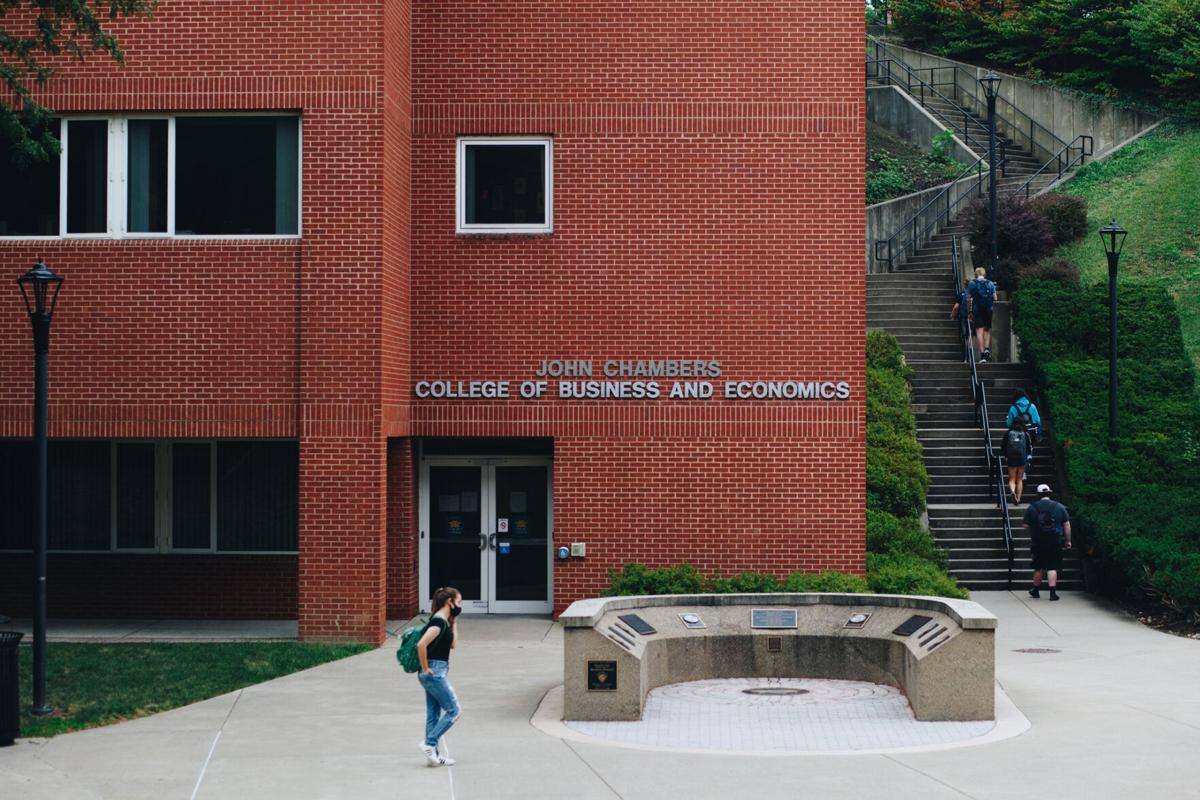 Students walk to class near the College of Business and Economics on August 26, 2020. 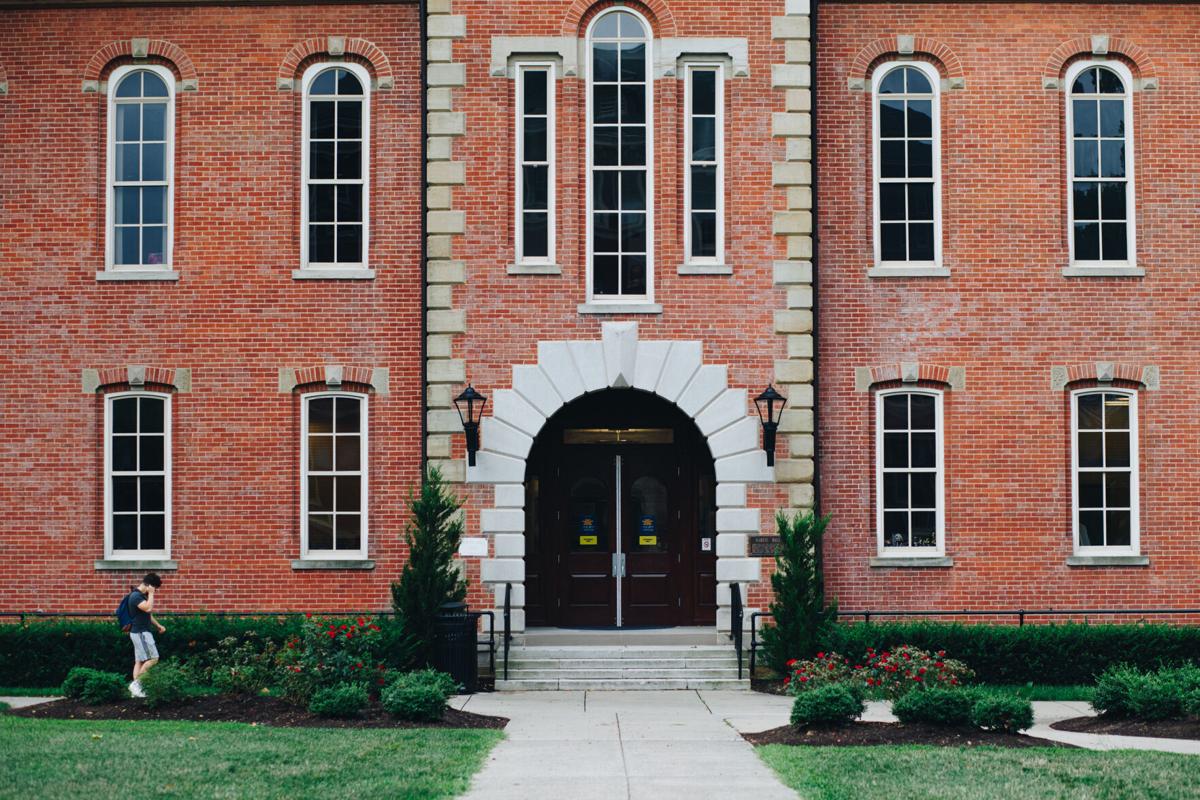 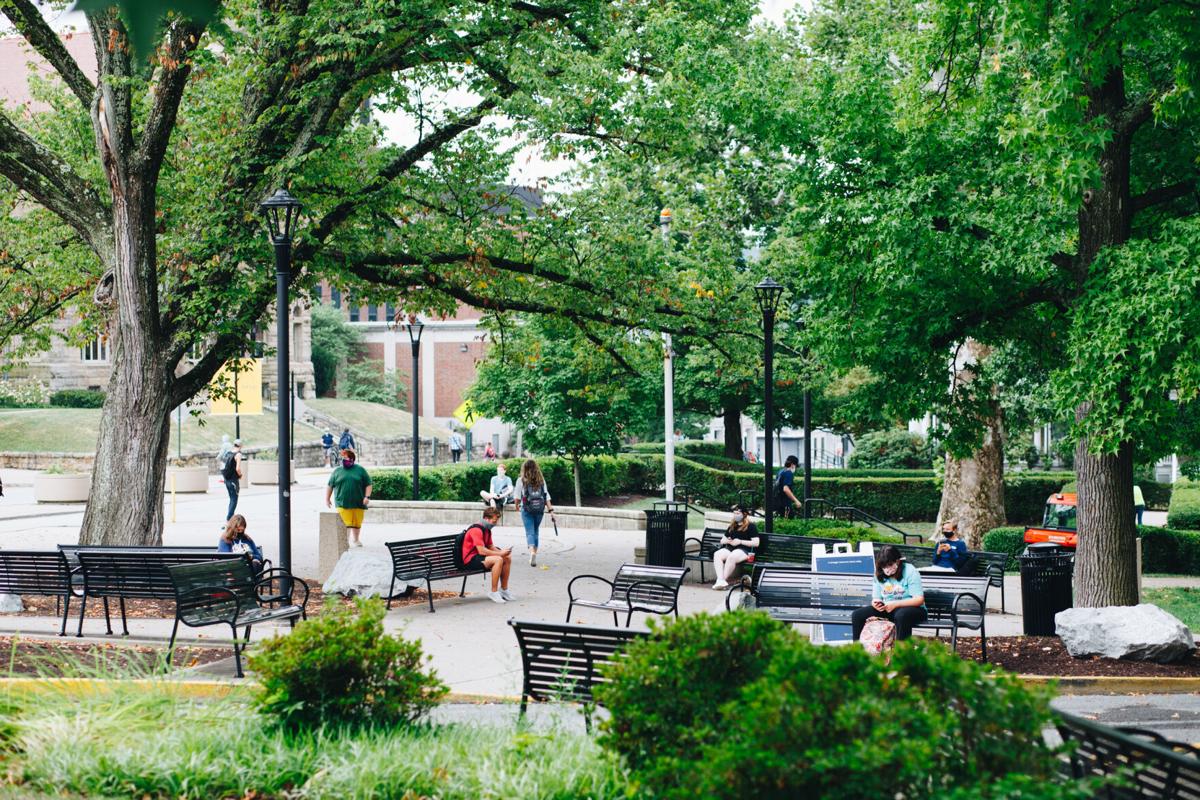 Students sit and wait for class in front the Mountainlair on August 26, 2020. 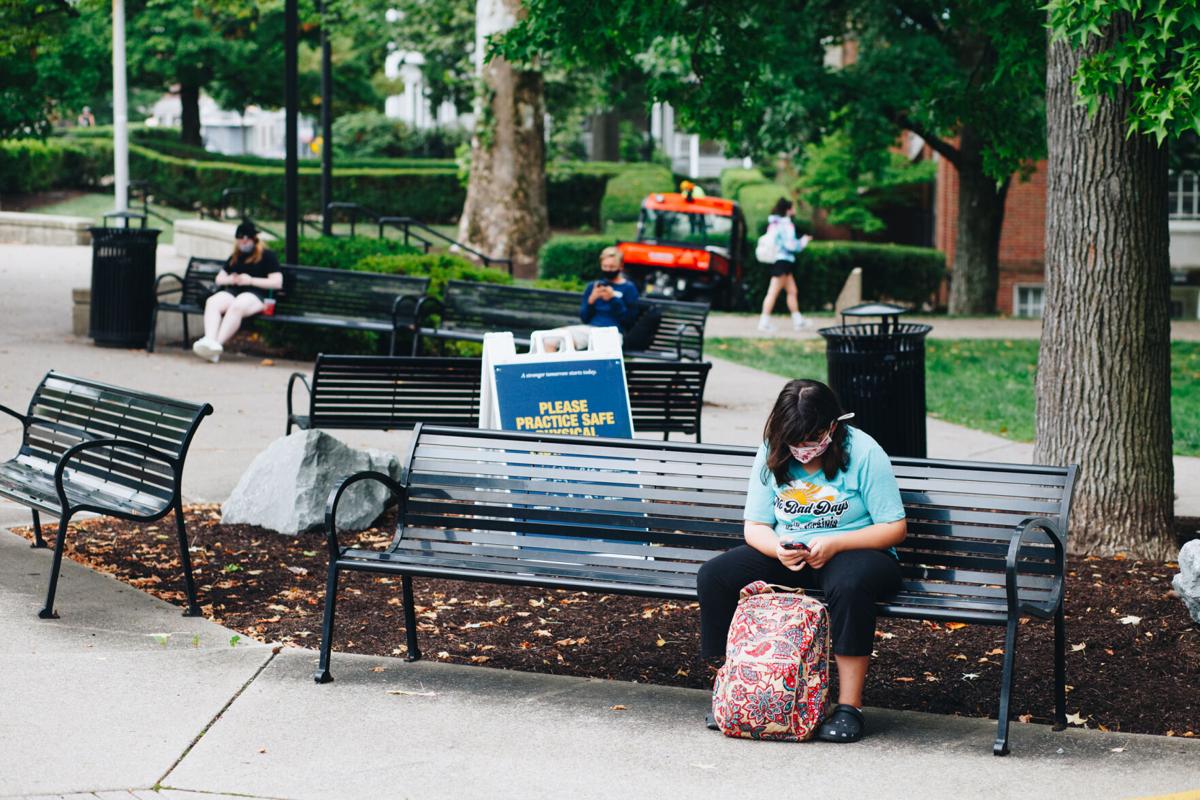 A student sits and waits for class in front the Mountainlair on August 26, 2020.

Students walk to class near the College of Business and Economics on August 26, 2020.

Students sit and wait for class in front the Mountainlair on August 26, 2020.

A student sits and waits for class in front the Mountainlair on August 26, 2020.

After an early morning bus ride from his dorm room, Joey Duckhorn sat on a bench outside the Life Sciences Building, wearing a light gray New England Patriots hoodie and carrying a pencil, notebook and water bottle in his backpack. He was excited like never before.

“I don’t feel this way about school ever,” said the WVU electrical engineering freshman on Wednesday morning before his first college class. “It’s all been so crazy the last five months not having anything to do, being stuck inside. It’s something to do now.”

On Wednesday morning, hundreds of students and faculty did something they hadn’t done since last March. They physically went to class.

Wearing masks and keeping their distance, students walked to class in the early morning fog, in pairs or alone. The loudest and largest gathering was a pair of riding mowers cutting the dew laden grass. Absent from the usual morning on campus were any large groups of students moving to their first classes of the day.

“The same time last year, it was busy,” said junior engineering student Leslie Lacek as he waited for an early morning statistics class. “Not anymore. It’s so empty.”

April Kaull, a WVU spokesperson, said only 30% of WVU classes will be held in-person this fall semester. Just 52 in-person classes were held at 8:00 a.m. on Wednesday, marking the first on-campus undergraduate instruction on the WVU campus since March.

During the same time slot in fall 2019, there were 345 in-person classes; almost seven times more.

Lacek said he feels confident, but it’s also weird to be back on campus.

“I don’t know how to explain it,” he said. “It’s just like yeah we’re here at school but it doesn’t feel like we’re at school at the same time.”

At a bus stop in Sunnyside with a Mickey Mouse face mask sewn by a family friend, freshman mechanical engineering student Juliet Wanosky said this isn’t what she expected her first day of college would look like.

“I didn’t imagine having to wear a mask every time I stepped out of my dorm room,” she said. “I’m just happy we’re able to be here instead of having to go completely online.”

It’s hard to meet people on campus with masks and physical distancing, said sophomore education student Tiffany Holbert. She said the mixture of in-person and online classes is not convenient.

“We should have done all in-person or all online,” she said. “I just feel like this is making it more difficult... it’s just a whole ordeal.”

Professor Brian Popp said similar to a decade ago when he started teaching at WVU, he feels the first day of class nerves again.

“Being in class, being in-person, that’s pretty straight forward for me,” Popp said. “What makes me a bit nervous is having to transition quickly to teaching the class online.”

Popp said that faculty haven’t had a relaxing summer as they’ve been working to move classes and research online. It’s not just his work that wears on him, it’s the daily calculus of minute decisions in a pandemic like going to the grocery store or taking his son to kindergarten.

The newfound complexities of his daily life have taken a toll, but he said he hopes students and faculty have empathy for one another in a stressful time.

“I cannot imagine our WVU students are coming back to campus feeling refreshed.” Popp said. “We need to come together as a community.”

Duckhorn moved into his Lincoln Hall dorm room over two weeks ago and said he’s met new people by playing cards and going on walks.

After five months of waiting to get back into a classroom and two weeks of dorm life, Duckhorn is ready to get to class. After walking around the day before to find his classes’ locations, his worries disappeared, replaced by excitement for the first day of college. His goal for the semester is simple.

“I want to stay on campus,” Duckhorn said.

POLL: When do you think WVU will reopen for in-person undergraduate classes?