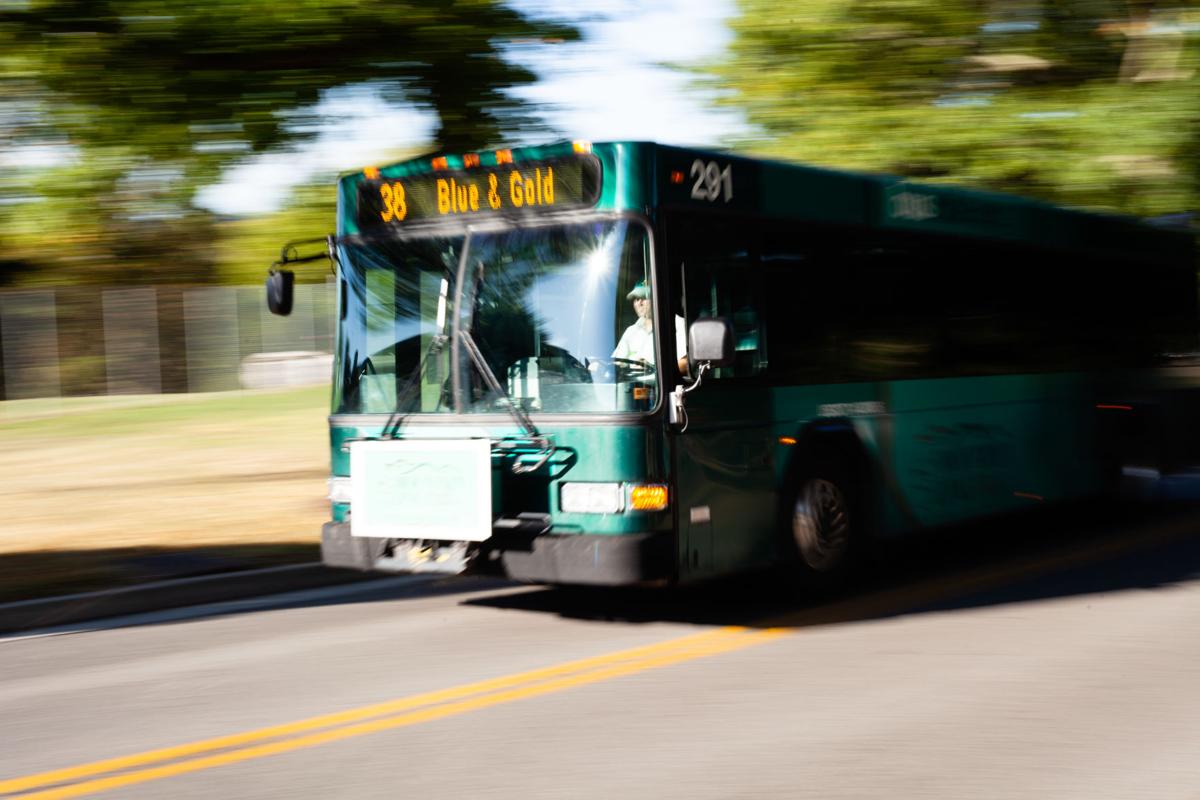 An early morning bus passes the Creative Arts Center Wednesday, Sept. 25. The Blue & Gold Connector links the downtown and Evansdale campus. In 2018, 990,230 passenger trips were taken on Mountainline buses, according to the Mountain Line Transit Authority. 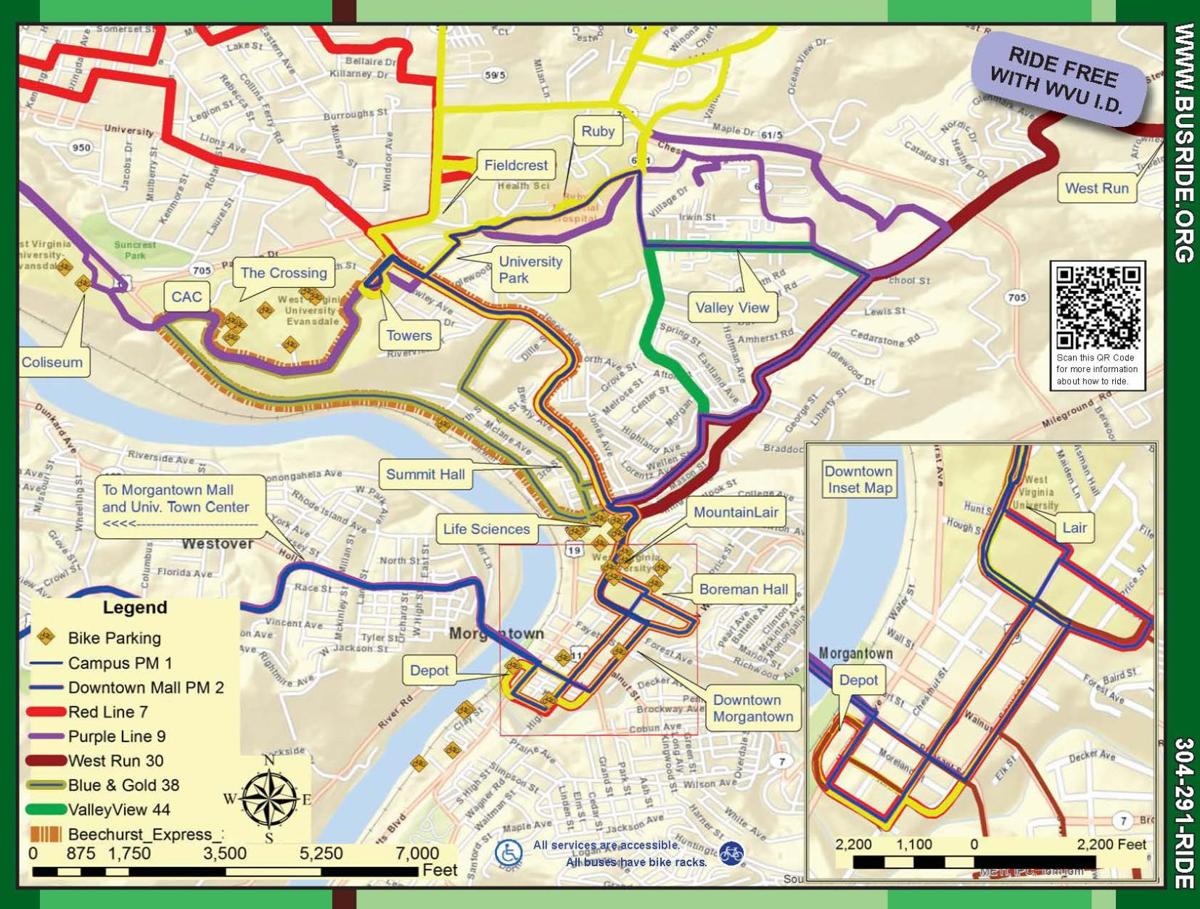 The Mountain Line Transit Authority is considering a wide range of changes, including free masks, clear shower curtain dividers and rides by appointment, in order to keep drivers and riders safe.

General Manager Dave Bruffy said the company has installed hand sanitizer dispensers and will be offering free masks in all of their vehicles. He also said that, with social distancing, the number of riders will be limited.

The largest bus in the Mountain Line fleet can hold 35 seated passengers, with a maximum of 60 to 70 with standing passengers. With social distancing measures, the same bus has a maximum capacity of six passengers and a driver.

Every driver is being provided with iPads to limit the use of paper for a number of internal forms and schedules. Hospital-grade wipes, clear shower curtains separating drivers and passengers and masks are being used by all drivers, and buses are being fumigated every night at the end of service.

Bruffy said the MLTA has been experiencing a period of accelerated change since March, when the effects of the coronavirus pandemic were first felt in Morgantown.

“On top of maintaining normal operations, we have been changing just about every process and procedure that we normally do,” Bruffy said.

Bruffy said he is talking with several companies about an appointment app similar to Uber for riders. This app would allow riders to see which buses are full and schedule appointments to be picked up on each route, and would also help the MLTA surge buses from routes with lower demand to help on its busiest routes.

Fare terminals at the front of the bus are another contact point that Bruffy is trying to eliminate. He said he has talked to a company about a facial recognition software that would utilize the existing database of WVU student ID photos, but acknowledged that there are privacy concerns.

With the majority of the WVU student body currently away from Morgantown, ridership is down 85%. With fewer riders, the transit system has been able to maintain normal service but, when students return in the fall, Bruffy said he isn’t sure how they will meet demand.

Bruffy also said he is looking to find a couple of rental buses to supplement the MLTA’s fleet. However, his biggest issue is finding drivers.

For the past two years, there has been a 20% shortage of drivers. He said it’s hard to find applicants with a Commercial Driver’s License that can pass a drug test.

Of the drivers currently on the staff, one recently tested positive for COVID-19. That driver has since fully recovered and has tested negative twice. Contact tracing found seven other drivers that had to be tested and isolated.

Bruffy says that the positive test was a wake up call, saying “it could be a catastrophe for 14 days” if a similar incident were to occur in the middle of the fall semester.

Despite the concerns, Bruffy credits his drivers for continuing to work during a pandemic.

“I am really amazed at their resiliency,” Bruffy said. “They’re showing up and they’re doing their work and we haven’t missed service.”