When WVU placed a moratorium on Greek life last spring over behavioral concerns, the University established a program, called Reaching the Summit, to recommend changes for Greek organizations on campus.

Reaching the Summit created a working group comprised of students, faculty and national Greek organization representatives. The working group conducted a blind review of reported conduct violations from each fraternity and sorority in the 2015-16, 2016-17 and 2017-18 academic years.

In a meeting, the working group was shown each organization’s reported violations, but the names of the fraternity or sorority were hidden. The following reports are what the working group saw while voting on recommendations and possible sanctions

The Daily Athenaeum obtained these documents through a Freedom of Information Act (FOIA) request.

If a “R-Individual” is listed beside a reported violation, an individual in the chapter was found responsible. Some also have a “Pending” mark, meaning the investigation into the reported incident is ongoing.

If there is no mark beside the reported violation, according to the slides, the working group was told to “assume nobody was found responsible.”

To read the full FOIA documents, see the PDF below: 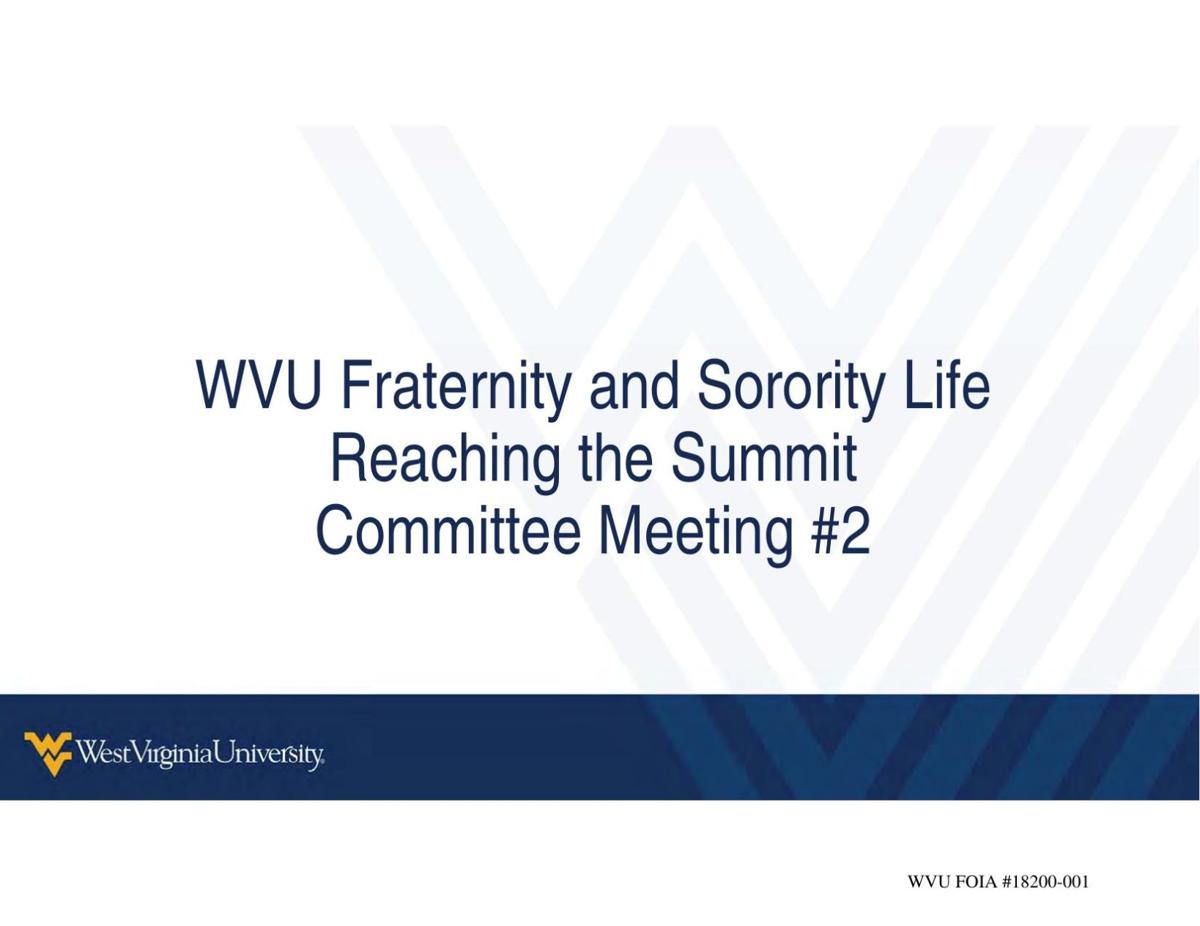 Phi Sigma Kappa and Kappa Alpha located in Morgantown tallied the most reported conduct violations of the WVU Interfraternity Council (IFC) during the 2015-16, 2016-17 and 2017-18 academic years.

Of all of the reported violations, the most common area was relating to social event procedure. These offenses include, but are not limited to, noise complaints, buildings over occupancy and hosting unregistered events.

Not included in this article are the reported violations from WVU’s nine sororities in the Panhellenic Council and the five historically African-American fraternities and sororities in the National Pan-Hellenic Council. The Daily Athenaeum found any reported violations from these organizations weren’t significant enough to list, and any changes recommended to them did not warrant any serious changes.