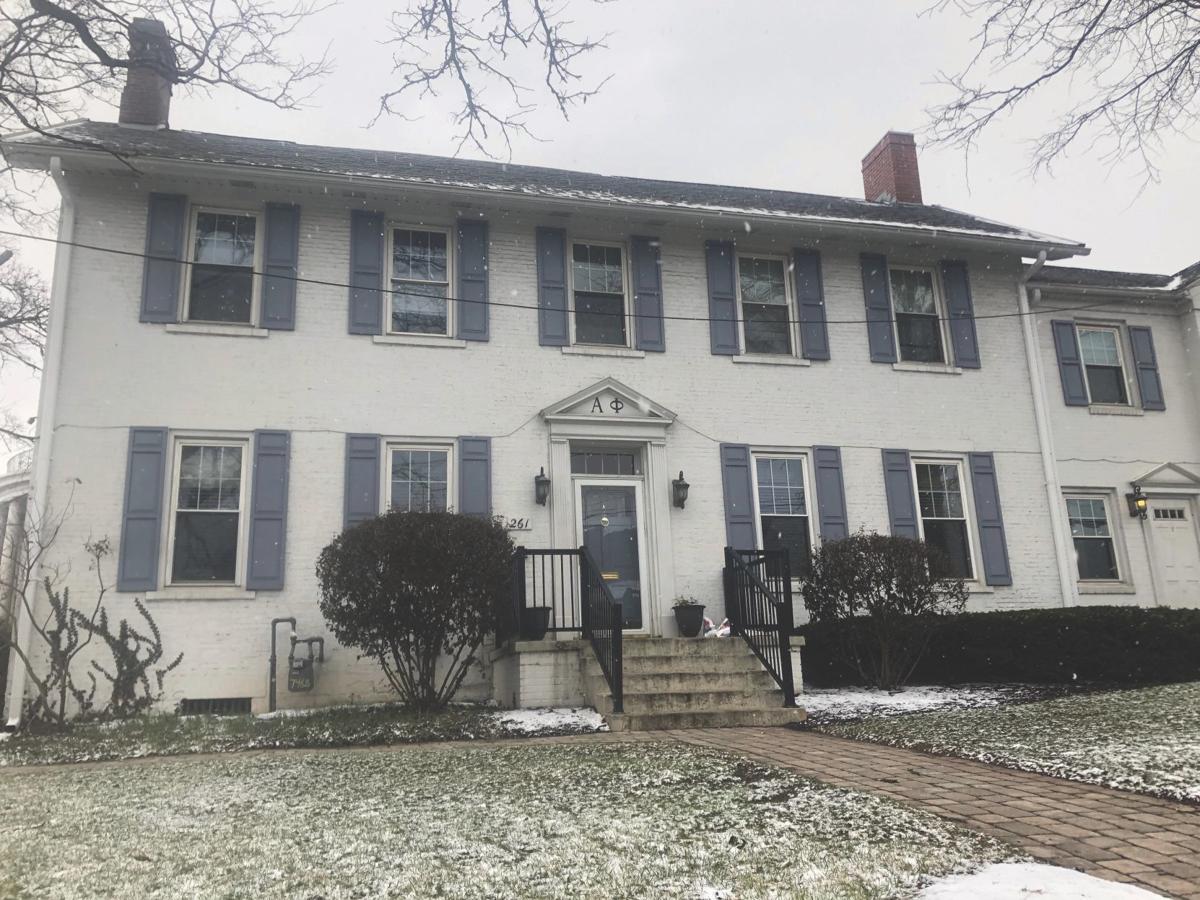 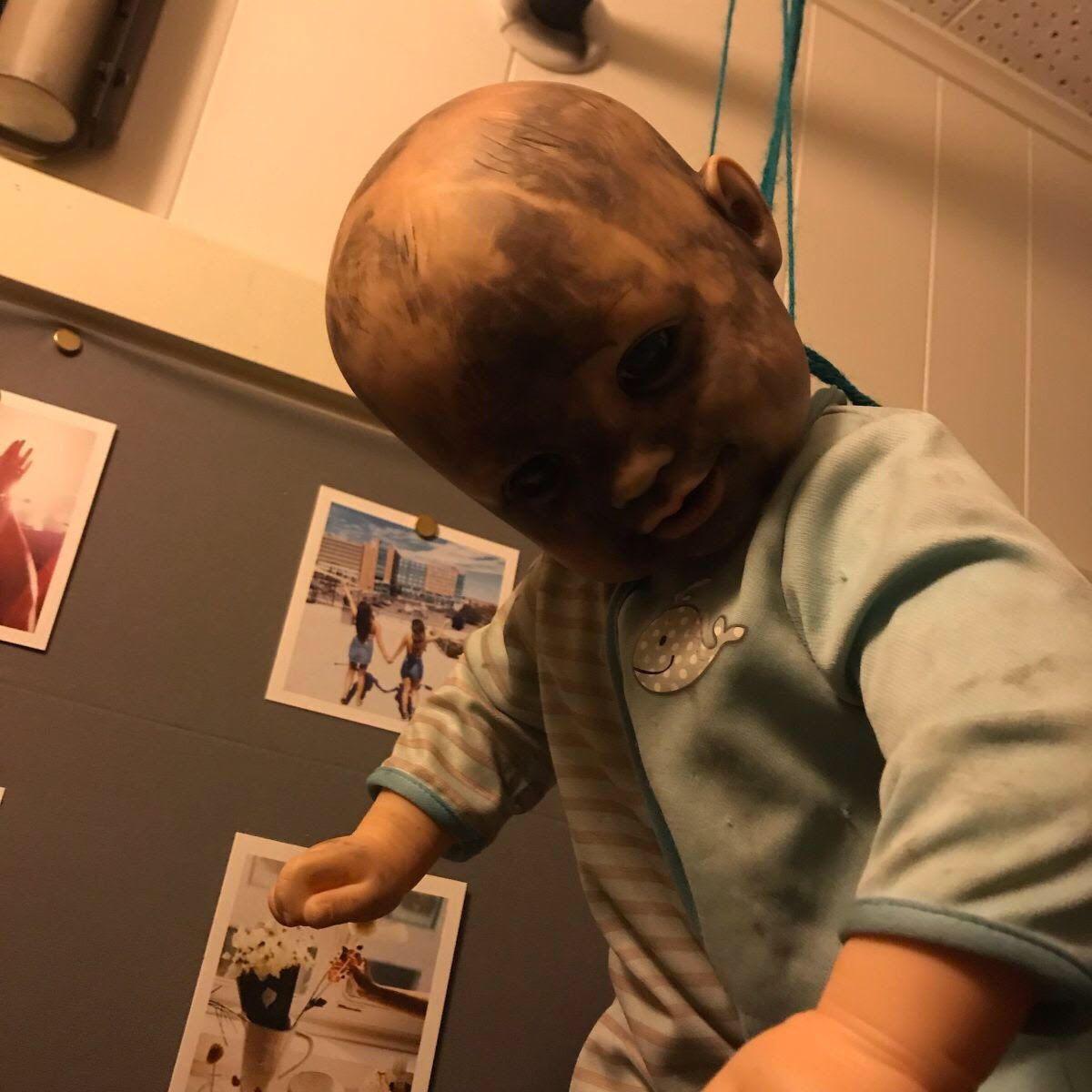 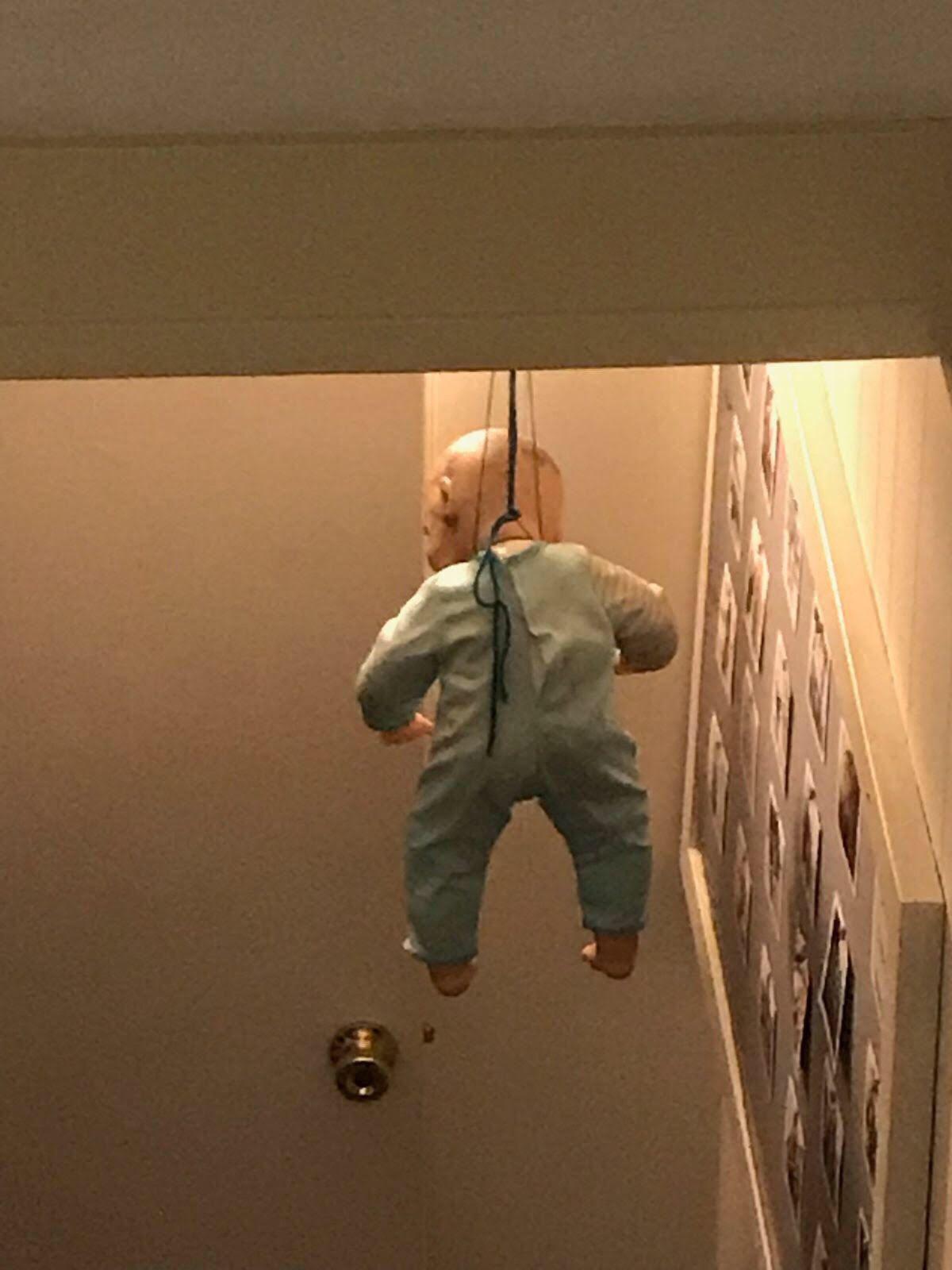 A view from behind of the baby doll hanging by the neck. 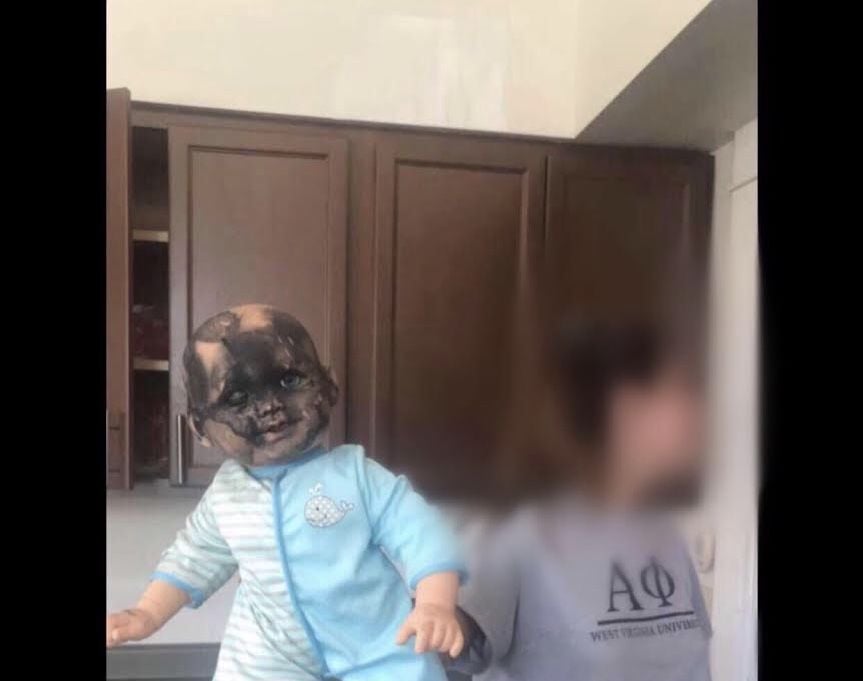 A view from behind of the baby doll hanging by the neck.

A WVU investigation into its chapter of Alpha Phi after an allegation of a black-faced doll seen in the sorority house determined that the doll displayed was "not one of intended black face," according to a University news release.

The University initially received a complaint that a black-faced doll was found hanging in the Alpha Phi sorority house. University officials held a meeting that evening with more than 100 members to discuss the incident, according to the release, which was sent to the DA on Sunday night.

The University deemed the incident one of impact rather than intent, according to the release.

On Friday, WVU and the local chapter reached an agreed resolution that lifted an interim suspension that had been placed on the sorority after the complaint was received. 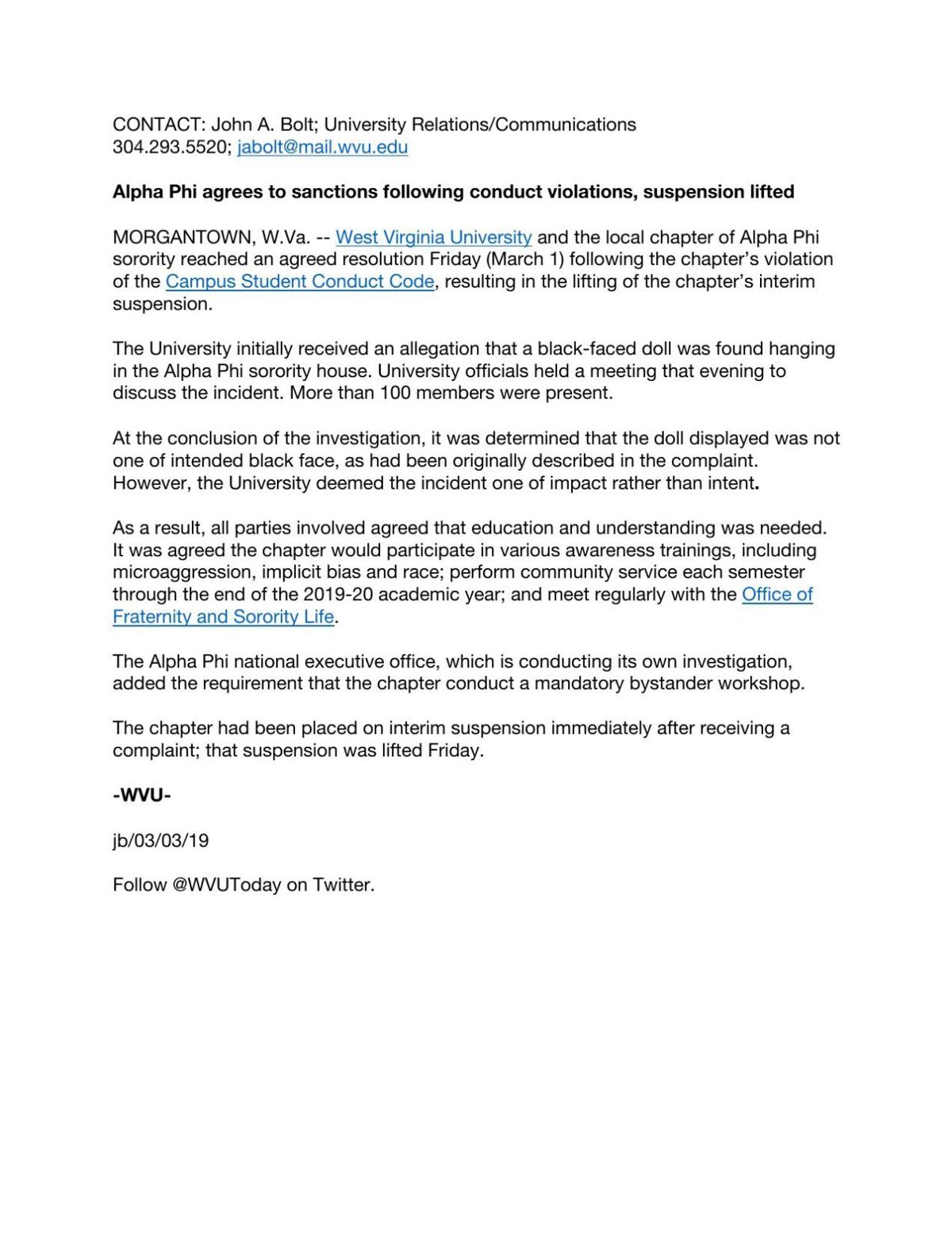 It was agreed that the chapter would participate in the following, according to the release:

The Alpha Phi national executive office is conducting its own investigation, according to the release. The office added the requirement that the chapter conduct a mandatory bystander workshop.

Dakotah Lindsay, director of marketing and communications for the international sorority, sent the DA a statement on Saturday that said the chapter had been placed “under immediate suspension based on the highly inappropriate action from some members.”

Lindsay’s statement came after the DA emailed the international sorority three images it obtained of a baby doll with a blackened face.

“Regardless of their intention, these young women expressed disregard for the racist nature of their behavior, and they are no longer members of Alpha Phi,” Lindsay wrote.

In an email sent on Monday afternoon, Lindsay wrote, "Due to a miscommunication and misunderstanding, I implied on Saturday that active members of the chapter had been dismissed due to this incident. That is not the case."

"Our international office suspended the chapter as a whole until the University had completed its investigation.  The university sanctions have also been applied to the chapter in total—not to specific individuals," Lindsay wrote. "We will continue to cooperate fully with the university regarding this matter and support our chapter in their educational efforts."

WVU spokesman John Bolt said on Sunday night that the University has no indication that anyone has been dismissed from the chapter due to this incident.

One picture shows the doll being held by someone wearing a shirt labeled with WVU's chapter of Alpha Phi. Two images show a doll with the same clothing seen in the other picture hanging from the ceiling by its neck.

Lindsay did not respond to additional requests for information by publication.

The WVU chapter of Alpha Phi did not respond to a request for comment by publication.

"The cruisers were there for extra security as a result of ongoing issues," he wrote in a Tuesday morning email.

When asked for more information about the ongoing issues, Stacy responded, "The extra security is due to recent media, in the DA and elsewhere, regarding the Alpha Phi sorority."

A walkthrough of the timeline

On Feb. 12, the DA first reported that Alpha Phi had been placed on interim suspension.

“We are aware of a concerning incident that did not involve physical harm to any individual at Alpha Phi sorority and we are conducting an investigation into the events,” Bolt wrote in an email the next day. “The sorority has been placed on interim suspension pending the outcome of the investigation.”

By Feb. 17, there was still no new information provided about the incident.

“I double checked and nothing new at this point on Alpha Phi,” April Kaull, a WVU spokesperson, wrote.

A Freedom of Information Act (FOIA) request sent to the University for information about the Alpha Phi suspension was denied on Feb. 22 because “subject matter concerning on-going student and/or employee investigations are exempt at this time,” according to the WVU FOIA officer.

The FOIA officer claimed that a future FOIA request could be denied due to the Family Educational Rights and Privacy Act.

On Saturday, the DA reported the status of the chapter had been changed from "Interim Suspension of Recognition pending Investigation" to "Recognized- Educational Measures Required due to violations of the Student Conduct Code" on the Office of Fraternity and Sorority Life website.