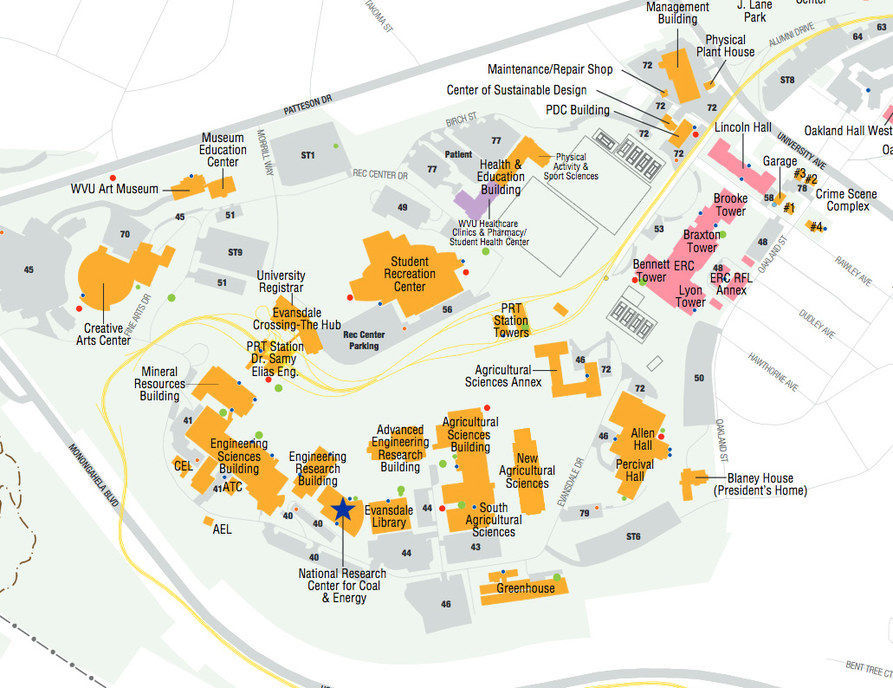 A WVU map of Evansdale, where the Engineering Research Building can be found. 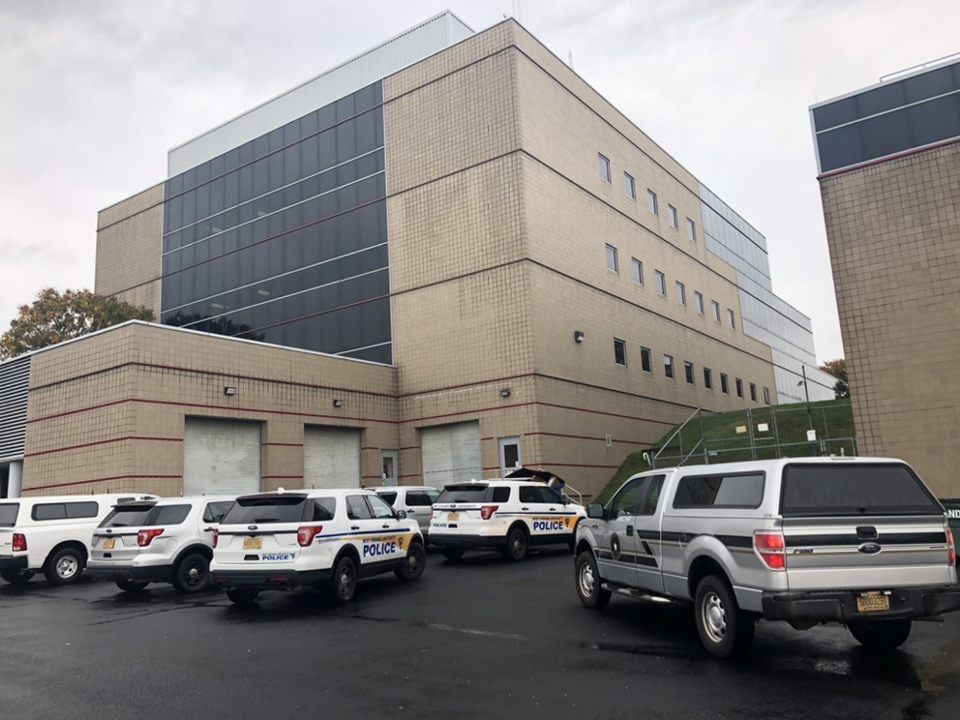 The Engineering Research Building is being evacuated due to explosive material in a lab, a WVU spokesperson said. 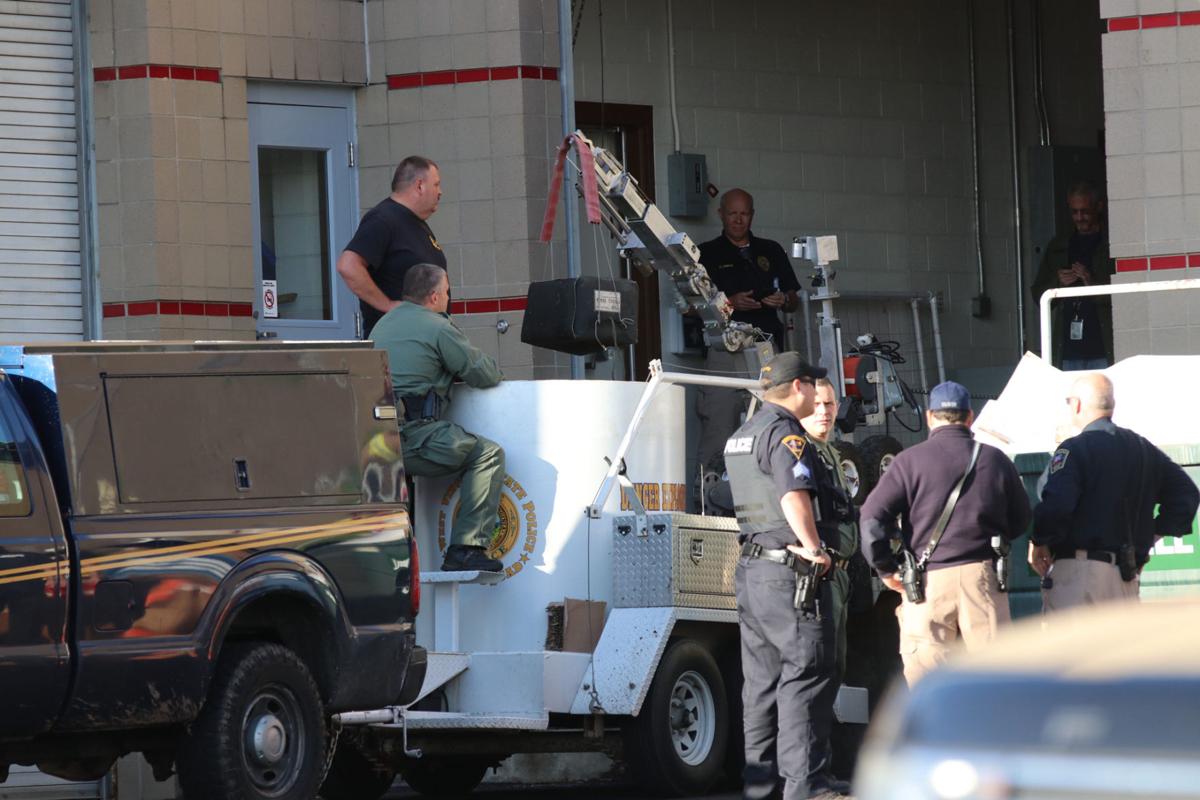 A package is lowered into a bomb squad trailer outside the Engineering Resource Building. 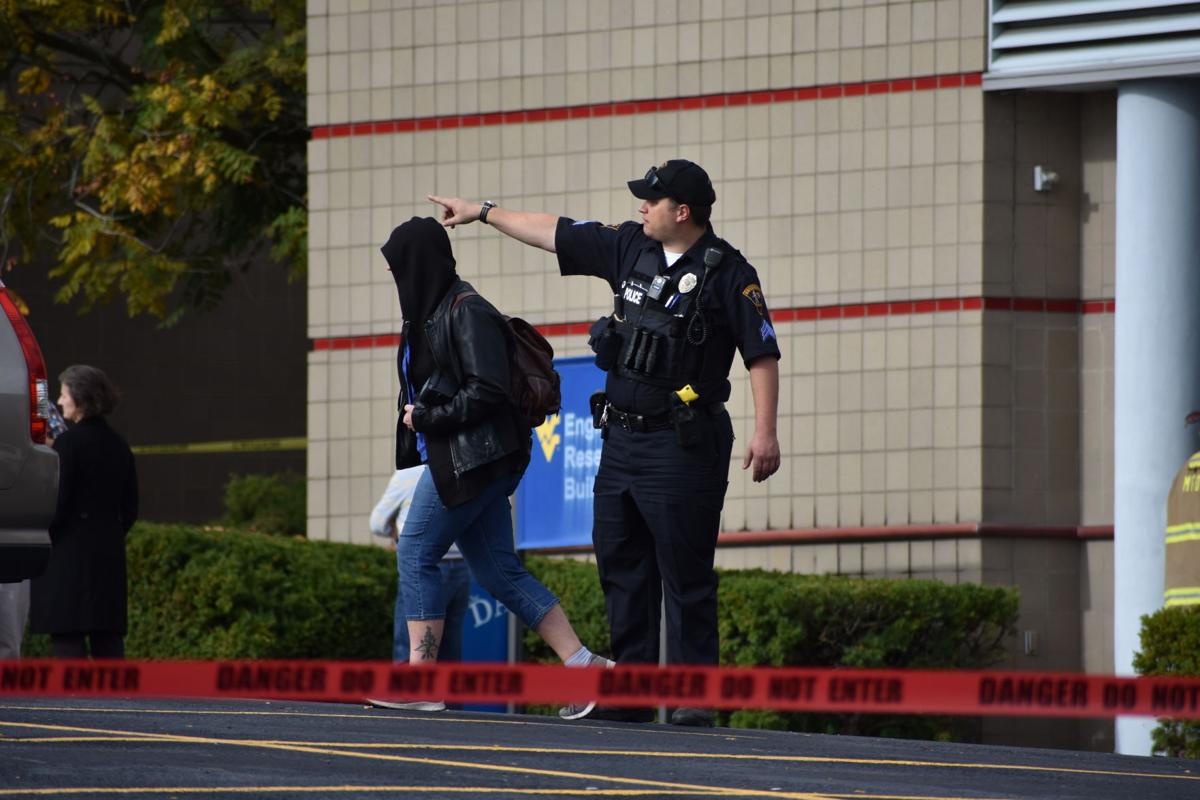 A WVU Police officer directs a pedestrian around the Engineering Research Building.

The chemical accident that led to the evacuation of the Engineering Research Building on Tuesday was caused by a post-doctoral student conducting an assigned experiment involving government-funded research dealing with natural gas, according to a Wednesday evening WVU statement.

An investigation by University Police, with assistance from local, state and federal officials, found there to be no intent to the incident, according to the statement. At no time was this viewed as anything more than a mistake during a pre-planned experiment.

No disciplinary action is expected.

WVU officials first learned of the accident in Room 309 at the Engineering Research Building at about 4 p.m. on Monday, according to the statement. The student researcher left the room, and upon returning discovered there had been a small explosion resulting in minor damage.  This initiated a response and investigation by the University’s Environmental Health and Safety team, which secured the lab and then began investigating what had caused the explosion.

At first, the team believed the explosion had occurred because the chemicals had been over-pressurized, according to the statement. However, when the investigation resumed on Tuesday morning, the student realized a mistake had been made in the selection of chemicals used, and the reaction resulted in the creation of likely less than 20 grams of shock-sensitive explosive.

Subsequent research led the University’s Environmental Health and Safety officials to conclude that the amount warranted an evacuation of the building out of an abundance of caution.

Around 50 people were in the building at the time.

Area 40, the adjacent parking lot,  was cleared to give emergency personnel space to stage removal equipment, according to the statement. WVU was advised that even if the chemicals had exploded, any damage would have been contained within Room 309.

The removal was completed and an all-clear given about 8 p.m. Tuesday.

Affected chemical materials have been removed from the Engineering Research Building lab, according to a WVU alert email. Operations in the building will now resume as normal.

A mistake in a lab by a student last night created a small amount of explosives that is contained in the area of the lab, the spokesperson said. There was an explosion last night that resulted in no injuries and minor damage.

An unintended chemical release occurred on a postdoctoral research project, said John Principe, executive director for environmental health and safety for the University.

The explosive material will be detonated in a safe place, the spokesperson said.

Those parked in Area 40 were asked to leave the lot, according to a tweet from WVUAlerts.

A WVU Alert email said no other buildings or facilities were affected.

At the time of WVU's announcement, University Environmental, Health and Safety representatives were on-site, as well as University Police and Facilities personnel, according to the email. Additional resources arrived later in the day from the West Virginia State Police Explosives Response Team, Morgantown Fire and Police departments, as well as the Fire Marshal’s Office to assist with removing some materials from the building.

The University anticipates the building and students, faculty and staff will report as usual Wednesday morning, according to the email.

A package is lowered into a bomb squad trailer outside the Engineering Resource Building. @DailyAthenaeum pic.twitter.com/aEU1ZwFKj1

WVU police and other first responders wait outside the Engineering Research Building. Those inside are asked to leave due to a lab chemical accident precaution. pic.twitter.com/QfmPy3pnua

Those in Engineering Research Building are asked to leave building due to lab chemical accident precaution. Follow @WVUalert for info.

Again, this is a precautionary measure. There are no injuries and there is no reason to believe other buildings are affected.Local and state officials will be on the scene to remove chemical materials from the building.

Those parked in Area 40 are being asked to leave the lot as well.