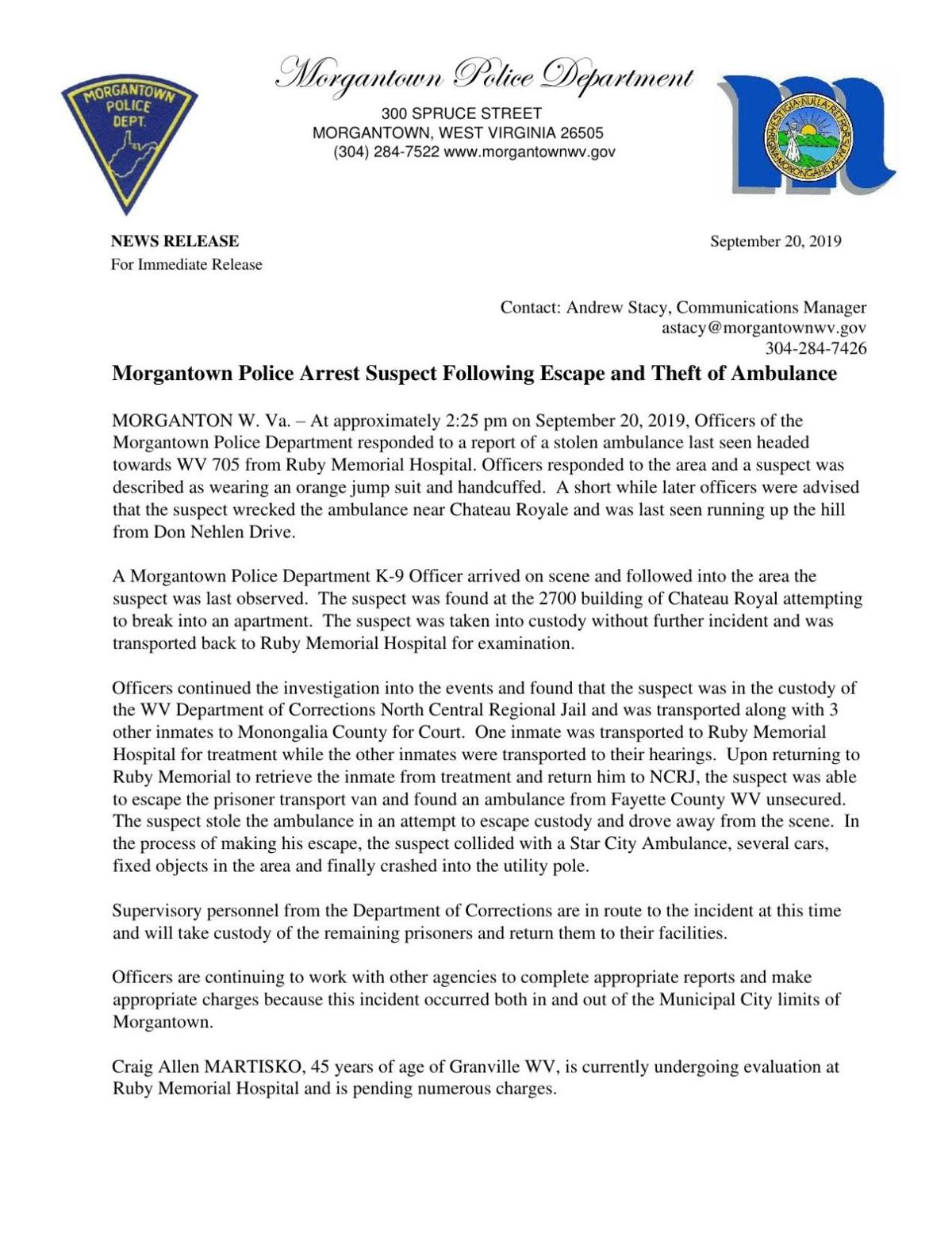 The escaped inmate who allegedly stole and crashed an ambulance has been identified.

Craig Allen Martisko, 45, of Granville, West Virginia, is currently undergoing evaluation at Ruby Memorial Hospital and has numerous pending charges, according to a Morgantown press release.

Martisko had been in the custody of the West Virginia Department of Corrections North Central Regional Jail when he was taken to Ruby Memorial Hospital for treatment, according to the release. When NCRJ came to pick him up from treatment, he allegedly escaped the prisoner transport van and stole a Fayette County, West Virginia, ambulance.

The suspect allegedly collided with a Star City Ambulance, several cars, fixed objects in the area and finally crashed into the utility pole, according to the release. The suspect was found at the 2700 building of Chateau Royal allegedly attempting to break into an apartment.

There were no injuries as a result of this incident, according to the release. Property damage costs have not yet been determined.

A male inmate that escaped authorities has been detained near the Chateau Royale Apartments area, according to the Morgantown Police Department.

The inmate was being treated at Ruby Memorial Hospital when he allegedly escaped authorities and stole an ambulance while still in handcuffs.

After crashing into multiple vehicles near Chateau Royale, he allegedly fled on foot up a hill and was detained by a Morgantown Police Department K-9 unit, according to MPD.

The MPD was first to arrive on the scene and is now coordinating with other local law enforcement agencies and collecting information about the incident.