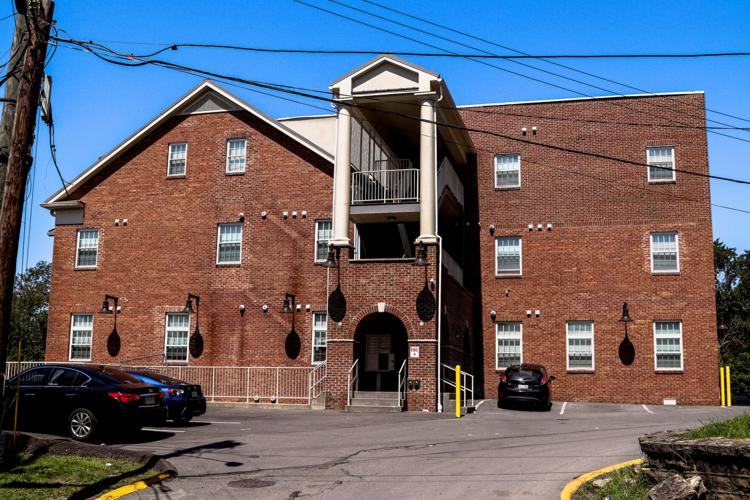 Former Delta Chi members, who make up the 1890 Club, operate out of 117 Belmar Avenue in Morgantown. 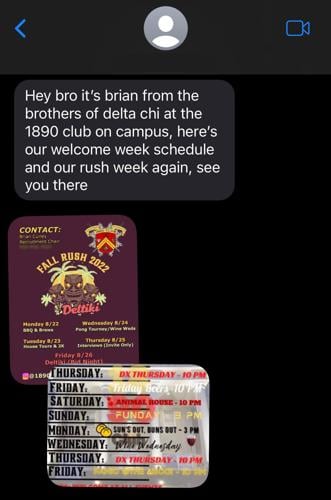 In recent years, underground fraternities have posed a growing challenge to West Virginia University officials. These groups operate under the guise of traditional Greek life without oversight from the University or a national headquarters.

Delta Chi is the latest chapter to go underground at WVU following its suspension for reported hazing last spring. The local chapter lost both its international and university recognition.

Matthew Richardson, director of WVU’s Center for Fraternal Values and Leadership and Delta Chi alumnus, said these underground groups are “accountable to no one.”

“They can do what they want, and we have no oversight,” Richardson said. “The biggest fear for me is they frame themselves as legitimate, so parents think they’re legitimate.”

These uncertified groups are also free of university policies restricting freshmen from “pledging” or joining in their first semester.

Last month, the 1890 Club held a series of recruitment and welcome week events just as thousands of new students arrived on campus. According to the group’s Instagram page, all potential members were welcome to attend.

These events took place at the former house of Pi Kappa Alpha (Pike), where the members of the 1890 Club are currently leased, according to Richardson. He added that the newly reinstated chapter of WVU Pike plans to reclaim the house sometime next school year.

“There’s no rule,” Richardson said. “These freshmen, a lot of them, are going to be none the wiser.”

Months after Delta Chi’s suspension, Richardson said former members continue to identify under the chapter’s name and likeness which could yield legal repercussions.

In a message to potential members, the 1890 Club’s recruitment chair Brian Curley identifies himself as one of the “brothers of Delta Chi at the 1890 club on campus.” A list of recruitment and welcome week events were also attached to the message.

Moreover, the Instagram bios of several 1890 Club members include the Greek letters associated with Delta Chi.

In a statement, Delta Chi’s international headquarters said it would consider taking legal action against anyone who uses the fraternity’s registered name or likeness.

“The International Headquarters was made aware of WVU students operating an unrecognized social club,” Delta Chi International Headquarters said in a statement. “Should any group not recognized by the Fraternity use its registered marks without permission or operate with the appearance of a Delta Chi organization, the Fraternity may take legal action against those individuals to protect its federally registered trademarks.”

In an email to The Daily Athenaeum, the 1890 Club denied allegations that it had been using Delta Chi’s name and likeness.

“These claims set out towards the organization are outright false and we will never intend to portray ourselves in such a matter. The 1890 Club and our members feel offended to be portrayed in a negative light by those who fail to hold any jurisdiction on us, as we are a state registered entity working separate from any governing body besides United States law.”

This semester, the 1890 Club said it hopes to clear any controversy associated with its club by “building a better Morgantown.” To do this, members plan on “tackling the opioid epidemic in Morgantown”  and “raising money for the local non-profit organizations.”

The group also said it would provide “a safe time to those in association with the club.”

The rise and fall

After a month-long hazing investigation last spring, Delta Chi lost recognition from both the university and its international headquarters — just months after it officially chartered.

Delta Chi was made a provisional chapter at WVU in 2019.

Although Delta Chi is up for reinstatement in August 2025, Richardson said the fraternity’s international headquarters has no intentions of returning to campus.

Moreover, the specifics of the hazing incident are still unclear, but Richardson said only some of the former members were directly involved.

Delta Chi is only the most recent fraternity to go underground after facing suspension. There are at least two other groups like it at WVU.

Alpha Omnia and Gamma Philanthropy Society — former members of Pike and SAE — are two other social groups posing as Greek life organizations, according to Richardson.

Pi Kappa Alpha was reinstated last spring after facing suspension for over a dozen conduct violations including a hazing incident. However, former members who were unable to reapply created their own social group under the name of Alpha Omnia.

Richardson said that some professionals believe the way universities reprimand fraternities could be causing members to go underground, rendering them free of any oversight.

“This is one of the big philosophical disagreements that professionals have,” Richardson said. “Some think you should never close a chapter ever, regardless of what they did, and this is why. Because if you do it, you have absolutely no control.”

Alternatively, Richardson said the University could punish individual students but that fails to hold the entire chapter accountable.

He added that some underground groups will register with the state in an attempt to appear more legitimate.

Last month, the 1890 Club registered as a charitable organization with the West Virginia Secretary of State.

Like Richardson, WVU President E. Gordon Gee said he encourages students to join organizations that are under the purview of the University.

“I try to encourage people to make the right choices,” Gee said in an interview with The Daily Athenaeum last month. “I really felt that the disaffiliated institutions made the choice that they did not want to live with the discipline that I felt was important.”

“Hazing is just something we do not accept.”

There is virtually nothing the University can do about these underground fraternities unless local law enforcement gets involved, according to Richardson, because members of these groups are students. However, he indicated that the University could step in to determine whether the Student Conduct Code had been violated.

Otherwise, the University relies on educating the campus community to discourage students from joining social groups that pose as Greek life.

A list of recognized fraternities and sororities can be found at greeklife.wvu.edu.

Full statement from the 1890 Club:

"Thank you to those at the Daily Athenaeum for providing us the platform to share our organization's perspective on recent events that have taken place. With that being said we would like to begin first and foremost by stating we are not in affiliation with any university, nor a national governing body.

These claims set out towards the organization are outright false and we will never intend to portray ourselves in such matter. The 1890 Club and our members feel offended to be portrayed in a negative light by those who fail to hold any jurisdiction on us, as we are a state registered entity working separate from any governing body besides United States law.

With this upholding of law and order within our Club's operations we feel as if our freedom of speech and our freedom of assembly have been violated in this process of large scale defamation. While claims may be made by those who feel threatened by our good intentions we will continue our operations in accordance with the law, providing a safe time to those in association with the club.

This upcoming year of operations we plan on tackling the opioid epidemic in Morgantown and surrounding communities, while raising money for the local non-profit organizations. Our mission will continue to stand with the intentions of building a better Morgantown and working together with the community in these efforts.

We look forward to dismissing any further controversy associated with the 1890 Philanthropy Club through our positive actions within the community."

Trenton Straight is the editor-in-chief of The Daily Athenaeum. He is a senior journalism student minoring in English from Charleston, West Virginia.

Pike, TKE to be reinstated by WVU after years of suspension

Countdown to End of Fall Semester

The Daily Athenaeum began in 1887 and remains the independent student voice of West Virginia University. All content is produced by students, funded by student fees, advertising and generous donations by readers like yourself. Your gift goes directly to supporting our students and powers our experiential newsroom.

Give to The DA
Donations can be a one-time gift or set to recurring. All donations are tax deductible.
© Copyright 2022 The Daily Athenaeum - West Virginia University, 284 Prospect Street Morgantown, WV | Terms of Service | Privacy Policy