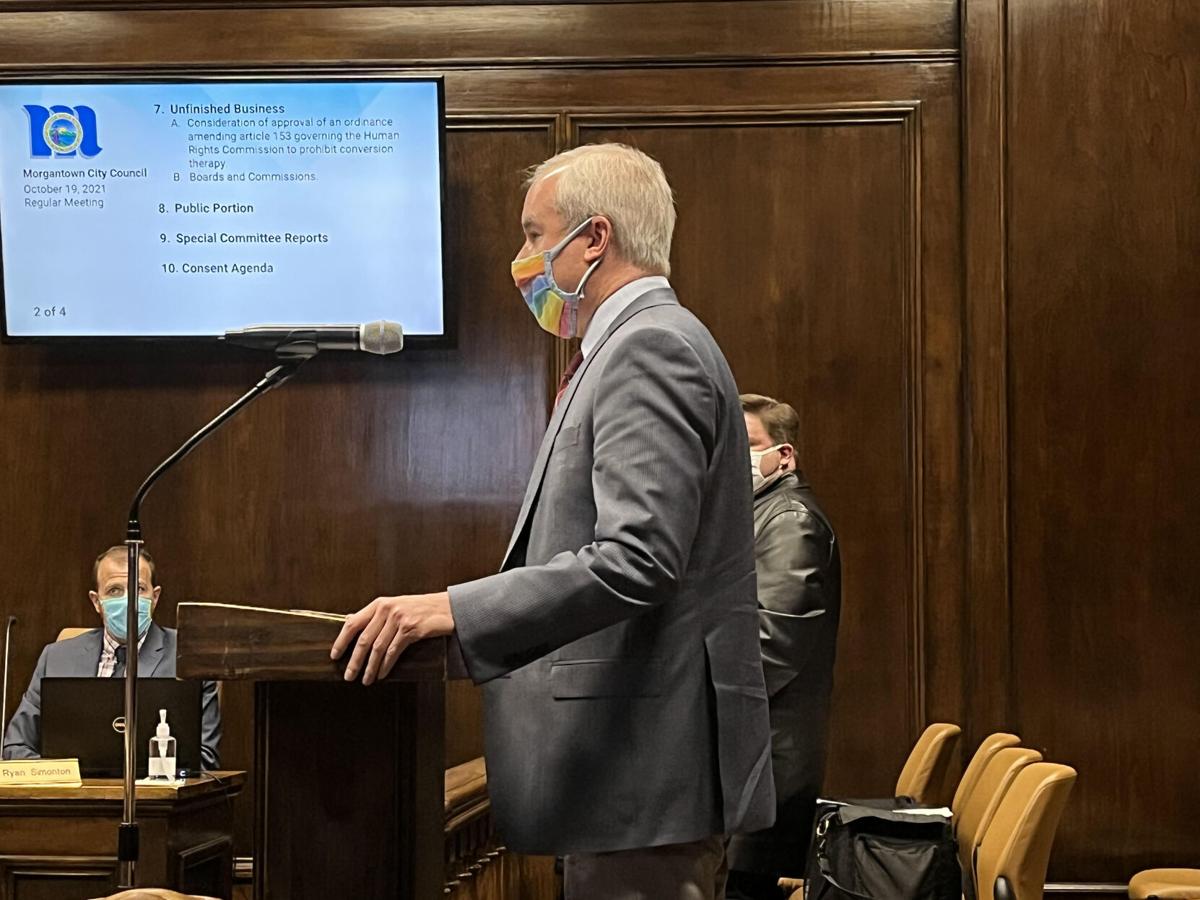 Fairness West Virginia Director Andrew Schneider expresses his support for the ordinance to the City Council on Oct. 19. 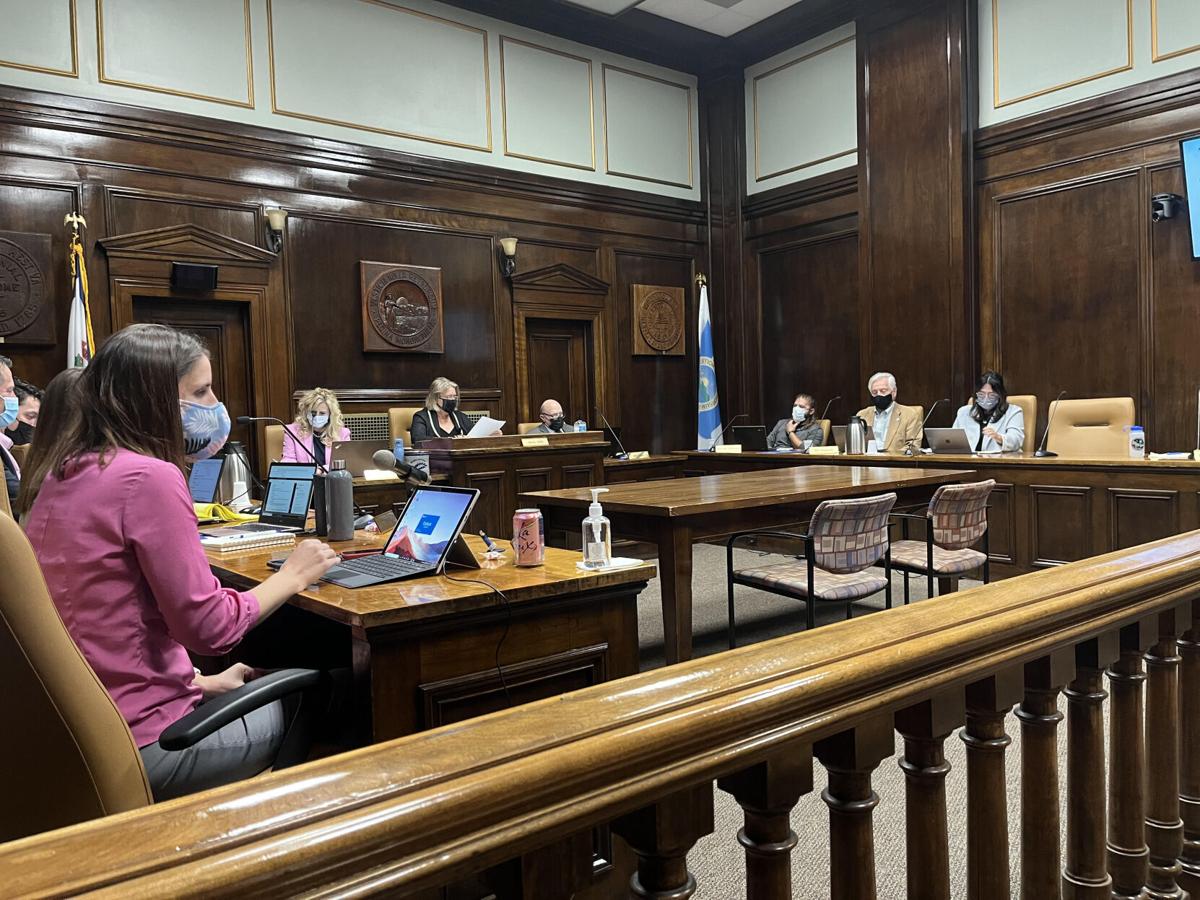 Fairness West Virginia Director Andrew Schneider expresses his support for the ordinance to the City Council on Oct. 19.

Conversion therapy is illegal in Morgantown after a unanimous decision by the City Council on Tuesday.

Conversion therapy is a practice that attempts to change a person’s sexual orientation or gender identity in order to make them heterosexual.

This practice has proven to be ineffective by every major medical and mental health organization. Studies show it can also lead to anxiety, depression and even suicide.

The meeting opened with a statement from the chair of the Human Rights Commission, Ash Orr, which was read by Mayor Selin.

“Passing and enacting this ordinance makes a bold statement that hatred and bigotry will not be tolerated or welcomed within our city,” Orr said in the statement.

Next was the public portion, in which media attendees were allowed to speak to the Council.

Among these speakers was Andrew Schneider, the executive director of Fairness West Virginia.

“This actually will save lives and also make a better life for those vulnerable kids who have to grapple with the struggle of coming out,” Schneider said to the Council.

Mollie Kennedy of the ACLU of West Virginia also addressed the Council. “Morgantown has been on a path to be welcoming and inclusive, and this is another necessary step. And while this threat may not have been on your radar as a danger to LGBTQ plus people, it's a very real one,” Kennedy said.

Both Kennedy and Schneider expressed their support for the passing of the ordinance after it was announced.

“And it's a real reflection of where people stand on these issues and the fact that they come out very clearly and, uh, unequivocally in support of the, of a ban of the dangerous discredit and practice conversion therapy is, is going to do our state a lot of good as well as the local community,” Schneider said in an interview.

Morgantown now is the second city in West Virginia to ban the practice, with Charleston being the first.

As an amendment to Section 153 of the city's Code of Ordinances, the new ordinance prohibits minors from undergoing conversion therapy from health professionals.

“We know that at best conversion therapy doesn't work, it's ineffective, and at worst it can be deadly for LGBTQ people, especially young people. So I think all around this is just a really important step in the right direction,” Kennedy said.

Biden policy will require COVID vaccine for some WVU employees