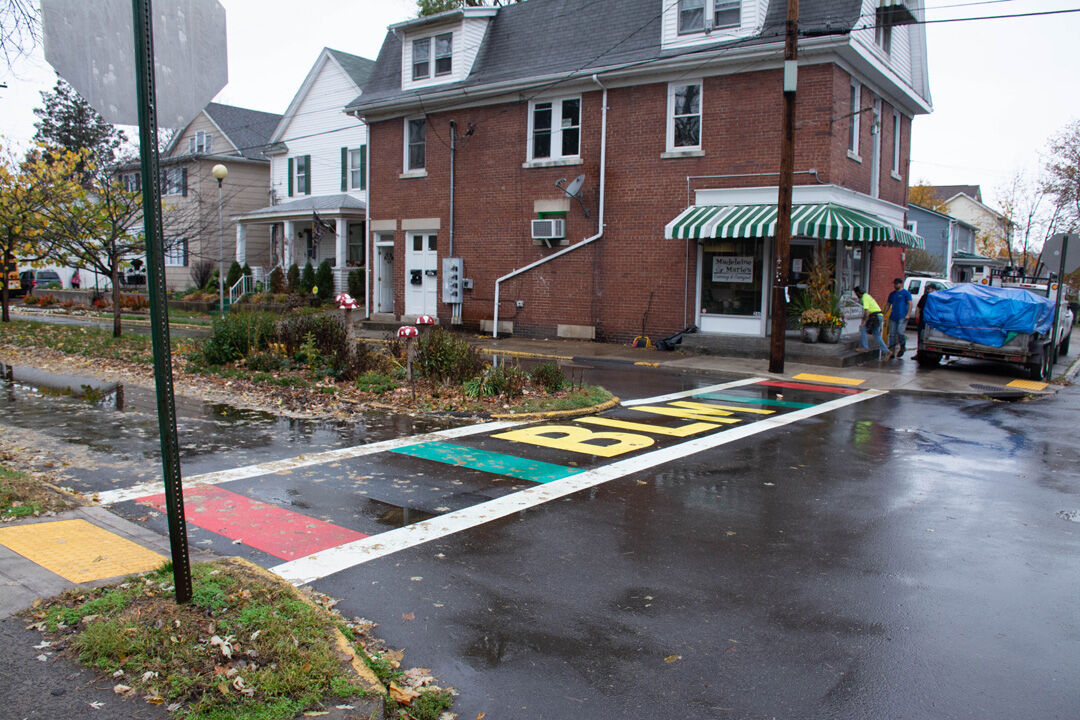 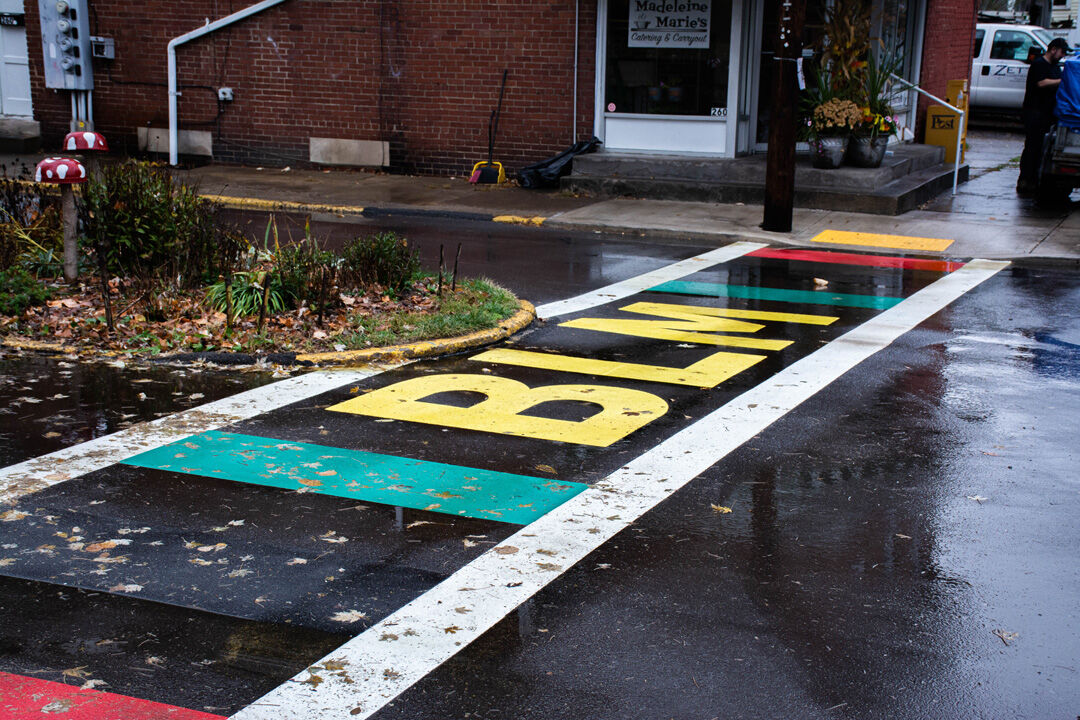 To promote diversity throughout Morgantown’s Greenmont neighborhood, a Black Lives Matter crosswalk has been installed on Arch Street at the intersection of Green Street.

Ash Orr, president of Morgantown Pride and member of the Human Rights Commission, along with Jerry Carr, president of the Morgantown and Kingwood NAACP, Samm Norris, activist with Solidarity for Equality and Compassion, and Delegate Danielle Walker, D-Monongalia, were among those who played key roles in the development of the crosswalk.

“I wanted there to be something tangible showing the community supports Black and POC community members,” Orr said.

Orr said this project is the first Black Lives Matter crosswalk in Morgantown. To make the project possible, Orr said the idea had to be proposed and receive approval from the Morgantown Traffic Commission, Morgantown Pedestrian Board, the Greenmont Neighborhood Association and the Morgantown City Council.

Ivy Deal, president of the Greenmont Neighborhood Association, said her team was excited to incorporate the project into their neighborhood.

“We pride ourselves on being an incredibly inclusive and diverse community,” Deal said. “We as a group support the Black Lives Matter movement.”

Andrew Stacy, City of Morgantown communications director, said $871 was spent on new materials for the crosswalk. An additional $100 in materials already on-hand was used as well.

Walker said when the design was brought to Morgantown City Council, she provided input into the symbolism she felt should be incorporated into the design.

“I did give some input about the colors that should be included on this crosswalk,” Walker said. “I’m glad we were able to come up with a design that not only is part of BLM, but is also part of the culture of BIPOC.”

Three stripes on each side of the crosswalk were painted in red, black and green, with BLM painted in bold yellow letters in the center.

The red stripe represents the blood that unites all people of Black ancestry and those who died in the fight for liberation, the black stripe represents Black people and the green stripe represents growth and the natural fertility of Africa, according to NPR. Walker said the project has a deeper meaning for many of the residents of Greenmont, community members and students alike.

Orr said the crosswalk has received mainly positive feedback since its installation. She said many people in the community are supportive of the Black Lives Matter movement and were welcoming of the new crosswalk.

“Living in Greenmont, we are a very queer- and Black- and POC-friendly neighborhood,” Orr said.

Orr said there are some people in the community who have not been as accepting of the crosswalk, and threats to deface the project have also been made.

“If it were to be defaced, there are so many of us in the neighborhood that would be down there the next day to clean it up,” Orr said. “We will keep doing that if that is what we have to do.”

To celebrate the project’s completion, Orr said a ribbon cutting ceremony is set to be held at the crosswalk at 6 p.m on Nov. 13., and a livestream of the event will be available to allow for social distancing. Donations to the Morgantown and Kingwood NAACP are welcome.