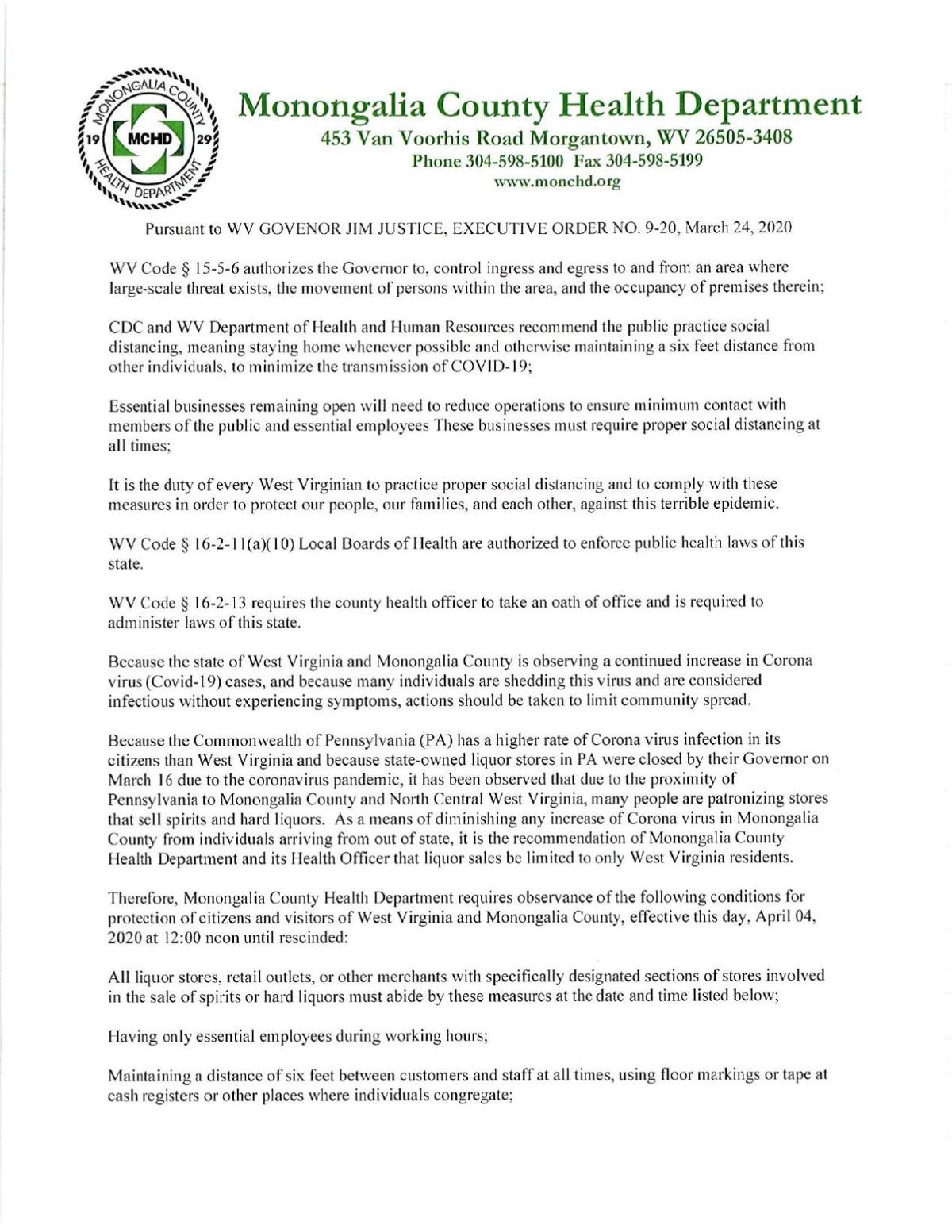 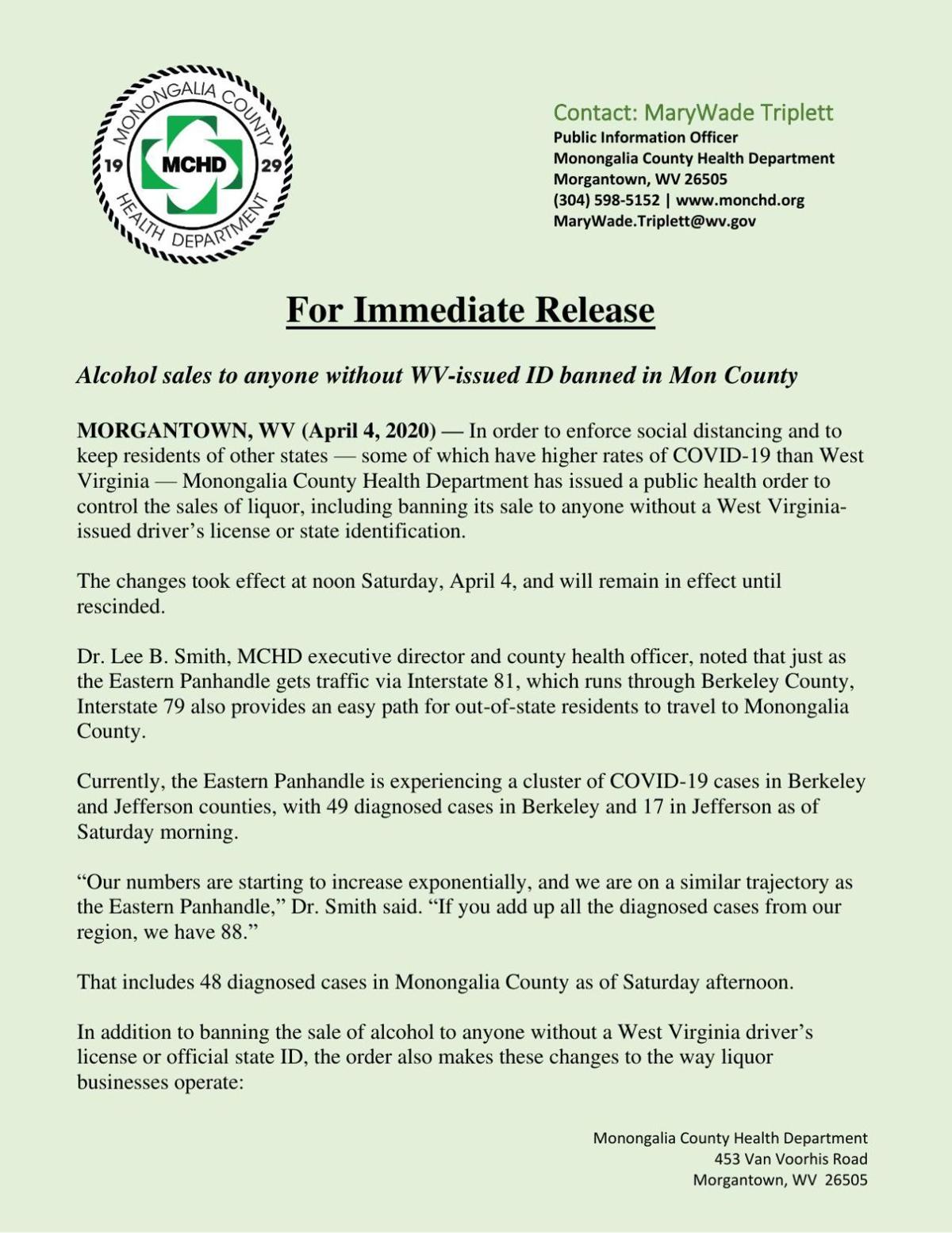 People without a West Virginia-issued driver’s license or other state identification will be unable to buy liquor in Monongalia County.

This change, which was brought about by a Monongalia County Health Department public health order, went into effect at noon Saturday and will remain until rescinded, according to a department press release.

Purchases are also limited to three alcoholic items each business day, according to the order.

There are more than 10,000 confirmed cases of coronavirus in Pennsylvania.

There are currently 48 diagnosed cases of coronavirus in the Monongalia County, according to the press release.

In addition to the liquor ban, these other requirements were implemented for liquor businesses, according to the press release:

Failure to follow these instructions could result in business closure, according to the order.

WVUPD reports to five gatherings on May 2

Morgantown woman arrested after party of 14