A Morgantown woman was arrested following a Thursday party.

Early Thursday morning, police were dispatched to a loud party at a Morgantown apartment. Officers saw approximately 14 people at the residence, according to primary narratives included in a Morgantown Police Department report. 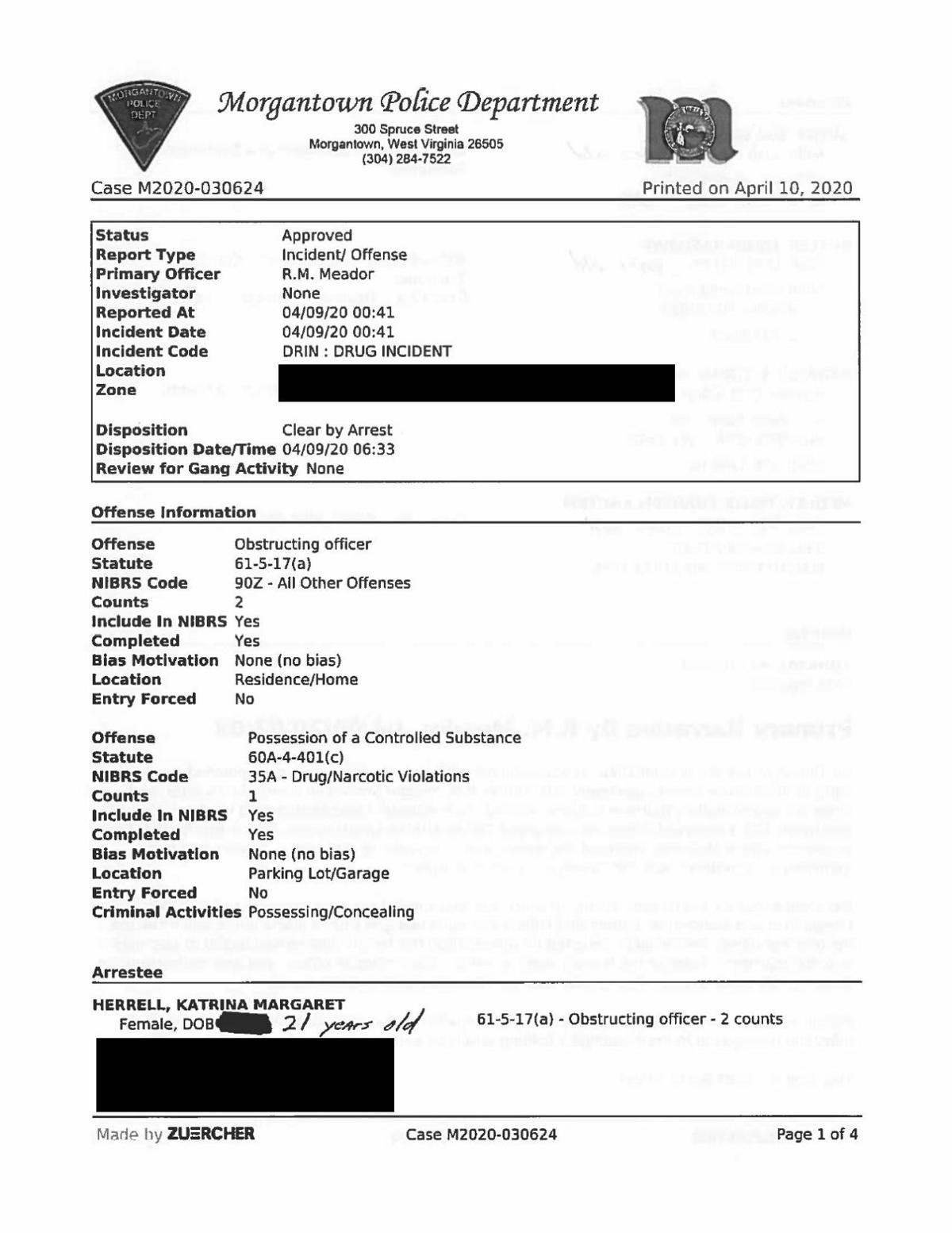 The narratives allege that when told she would be receiving a citation for a large gathering in accordance with West Virginia Gov. Jim Justice’s executive order, Katrina Margaret Herrell, 21, of Harpers Ferry, West Virginia, refused to give officers her name. She was arrested for obstructing an officer and obstructing the governor’s executive order. Herrell had last registered for WVU classes in Fall 2019 as a business student.

Andrew Stacy, Morgantown public information officer, said over email that officers had been to this residence before and issued previous warnings to Herrell.

The Dominion Post reports Herrell was arraigned by Monongalia County Magistrate Tim Pocius on Thursday and released on a $1,500 personal recognizance bond.

Three other people received citations during this incident, according to the police report:

After already being ordered to leave the area, the three were standing by a car filming the incident and laughing, the narratives allege. Medley was cited for obstructing the governor’s executive order after allegedly telling an officer to chill and that he didn’t have to leave. Butler was also given the same citation after being searched.

The narratives allege three Xanax pills were found on Butler, and a Xanax bar and a gram of marijuana was found on Avery.

Clarification: This story has updated information about Herrell's standing as a student.

WVUPD reports to five gatherings on May 2

Morgantown woman arrested after party of 14