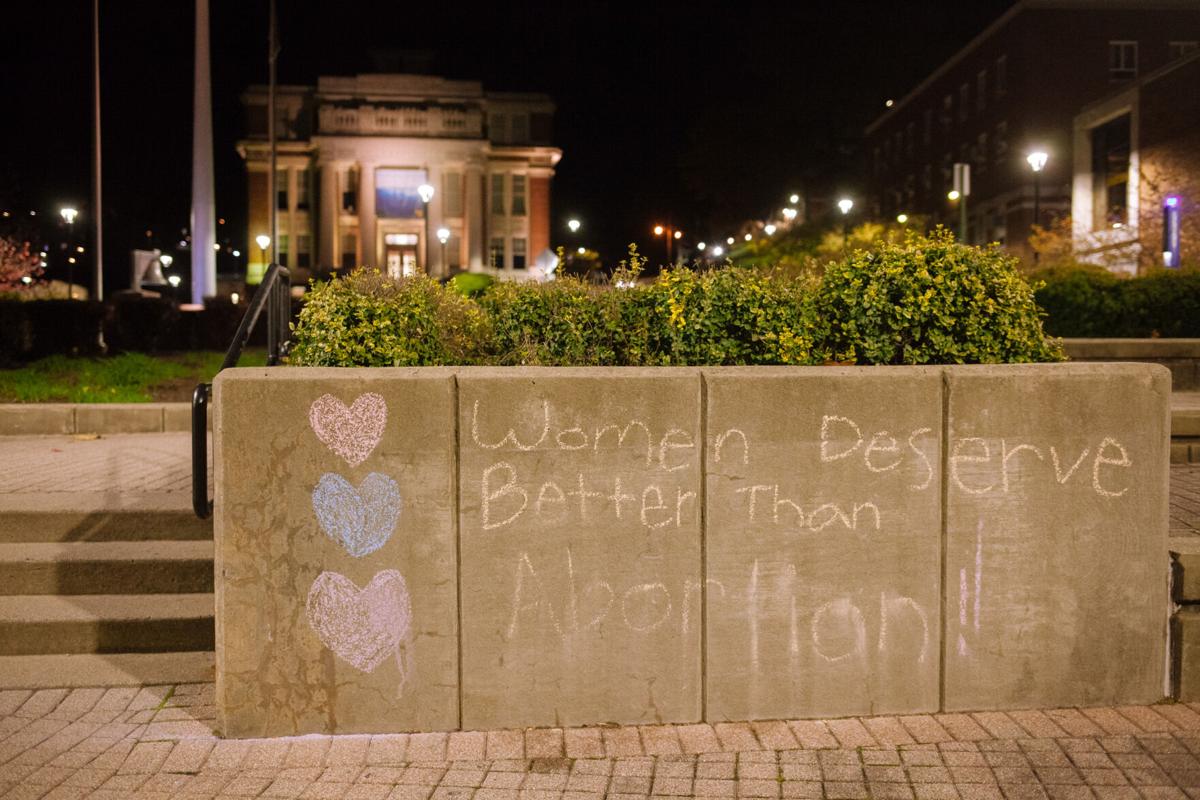 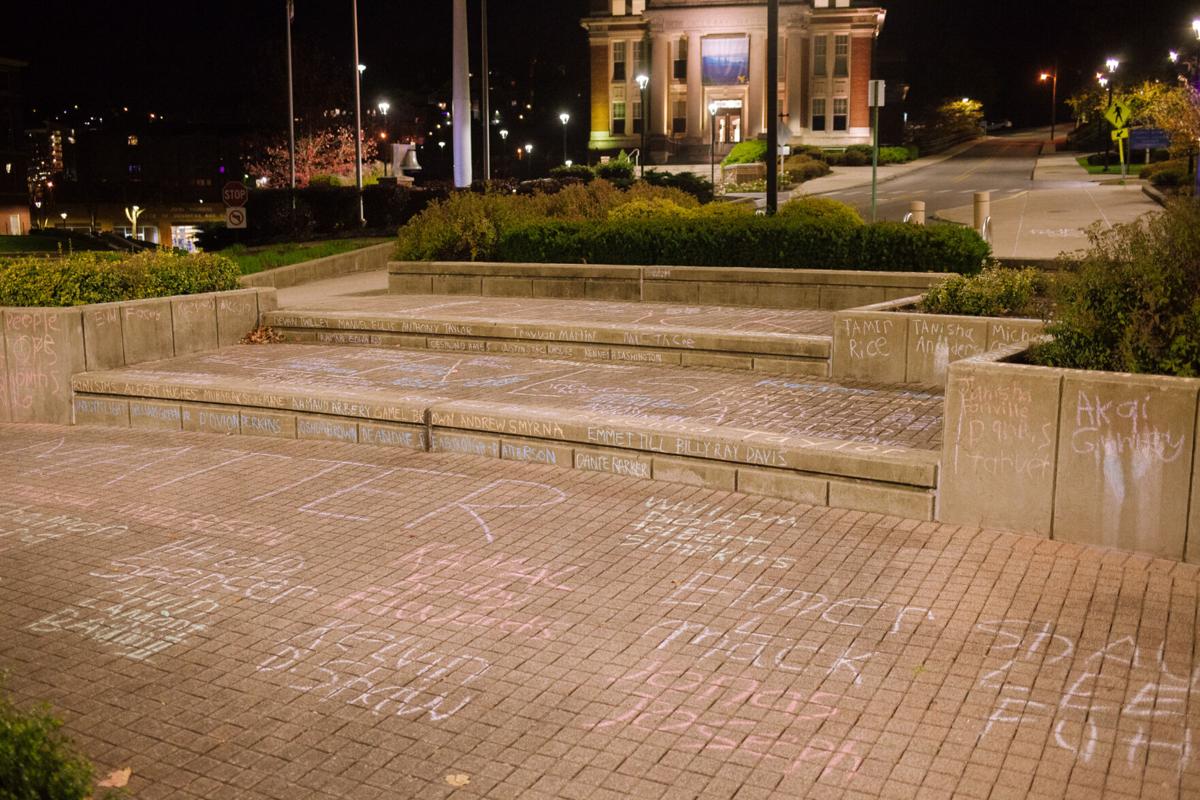 The steps in front of the Downtown bookstore. 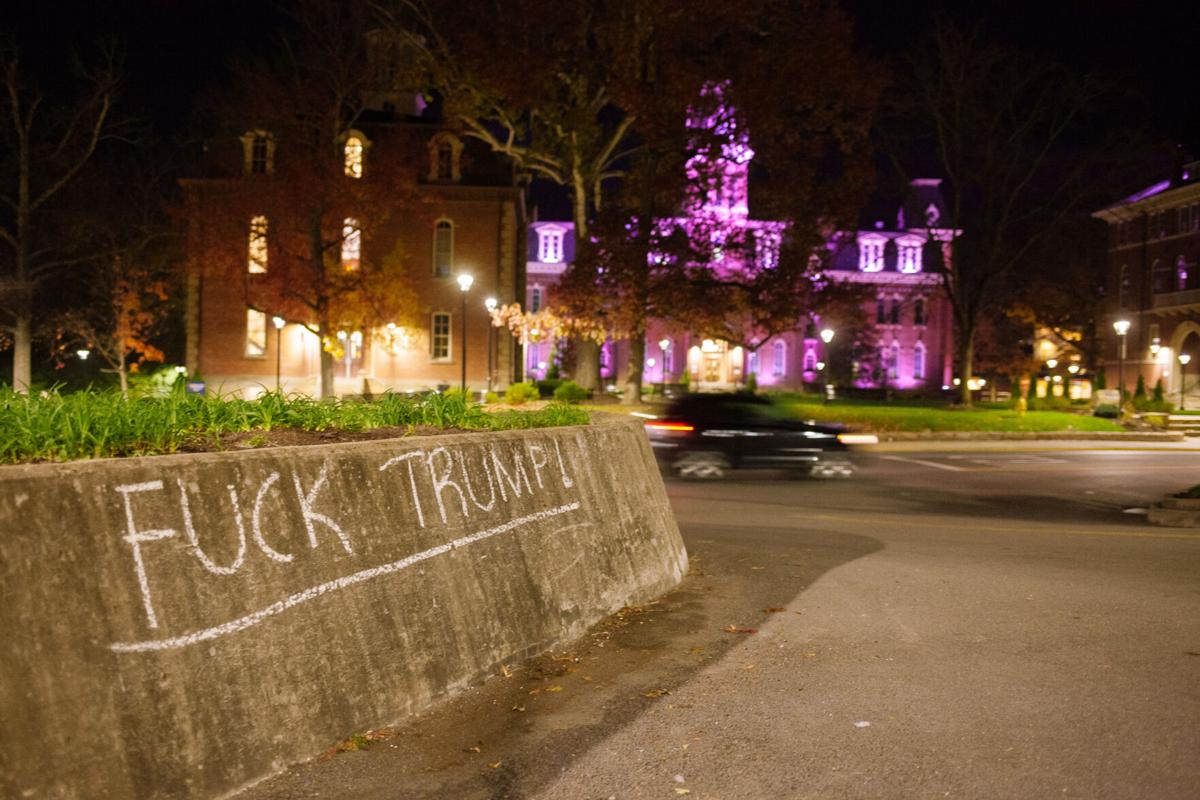 A message against President Donald Trump. 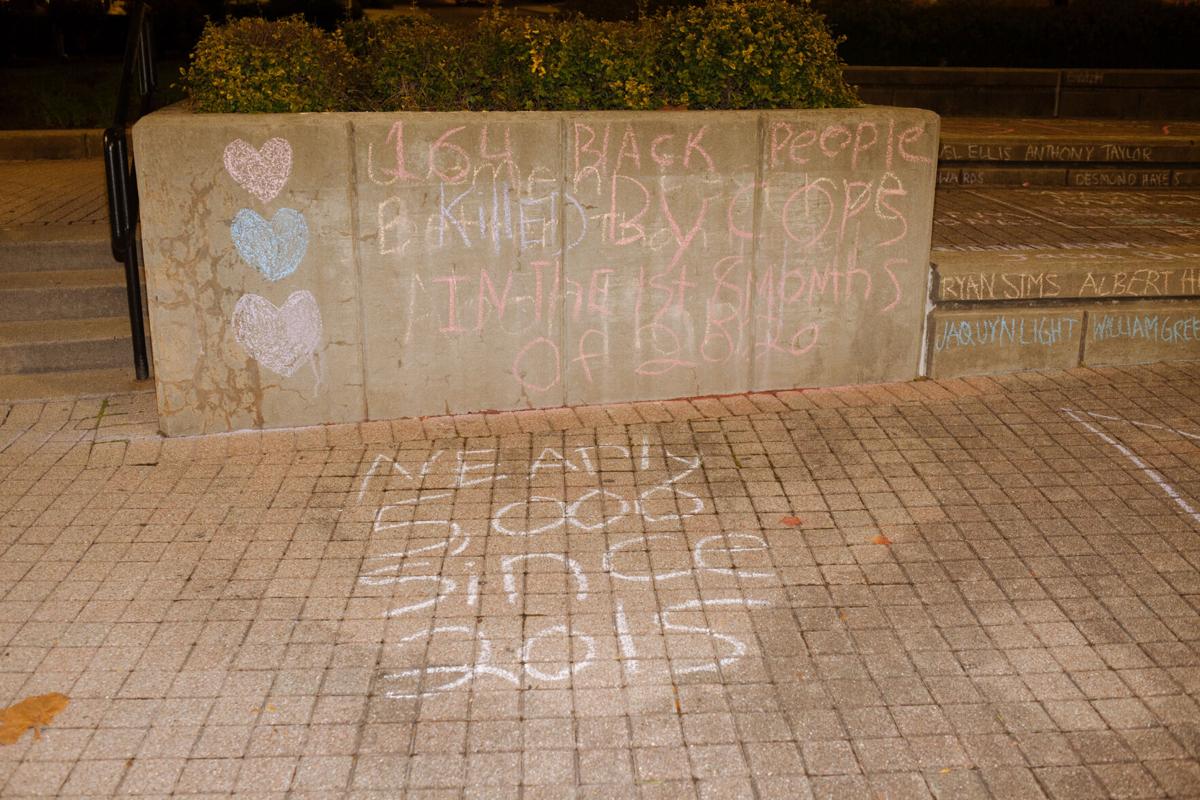 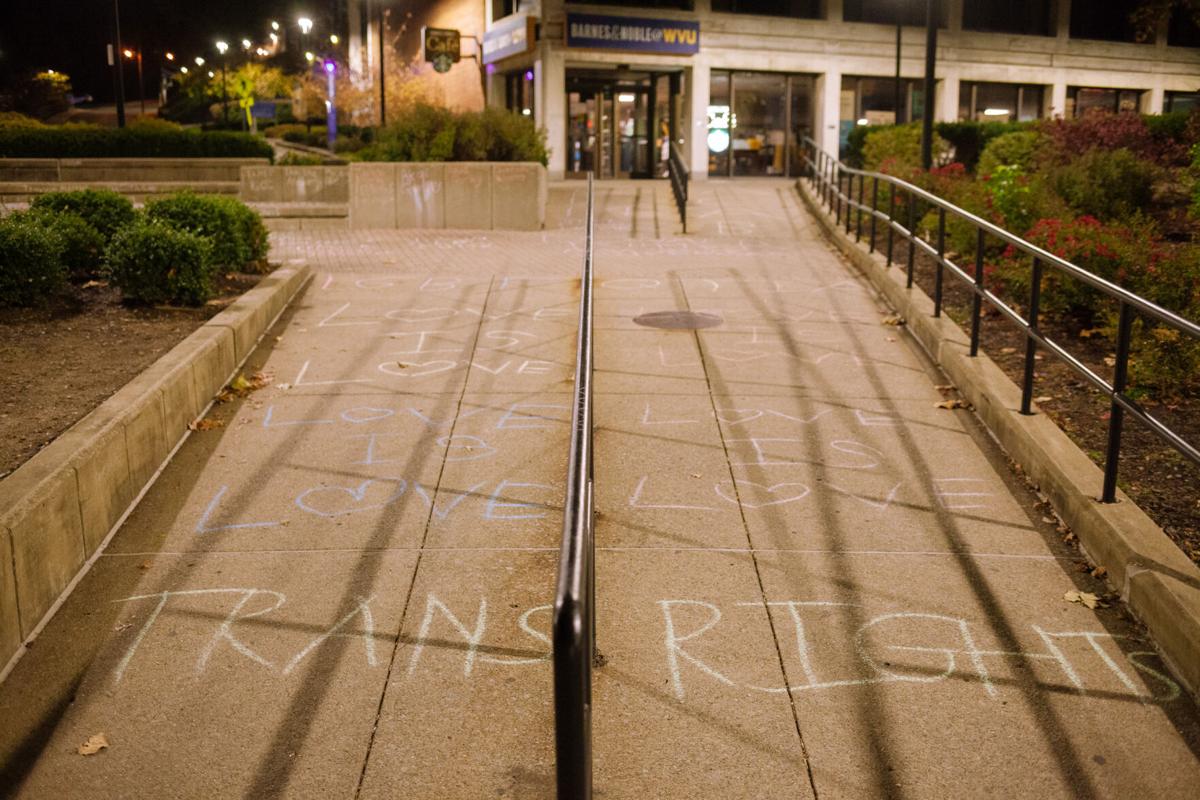 A message for the rights of transgender people.

The steps in front of the Downtown bookstore.

A message against President Donald Trump.

A message for the rights of transgender people.

On Election Day 2020, messages in support of a variety of causes were drawn on the front steps of the Mountainlair.

Earlier in the night, the messages on the steps included, "Vote Pro-life," "Women Deserve Better Than Abortion" and "You are worth more," as well as a number of other anti-abortion and possible suicide prevention messages.

As seen around 9 p.m., it appeared several of the anti-abortion messages had previously had water poured on them in an attempt to wash them away. The possibly suicide prevention messages were untouched.

At some point later in the night, the anti-abortion messages were written over and many Black Lives Matter and pro-abortion rights messages were added. In addition, there were messages written against President Donald Trump.

As of 3 a.m. on Wednesday, a message that read "Abortion is murder" was changed to "Abortion is none of ur business." "Women Deserve Better Than Abortion" became "164 Black People Killed By Cops In The 1st 8 months of 2020."

Near the Downtown campus bookstore, messages on the ground read "BLM" and "Donald Trump is a white supremacist." On a set of three large steps, "Black Lives Matter" was written in large letters and surrounded with the names of dozens of Black individuals killed by police.

Just down the hill, a walkway was chalked with four repetitions of "Love is Love" and the message "Trans Rights."

It is not known who was involved in the creation of the messages.