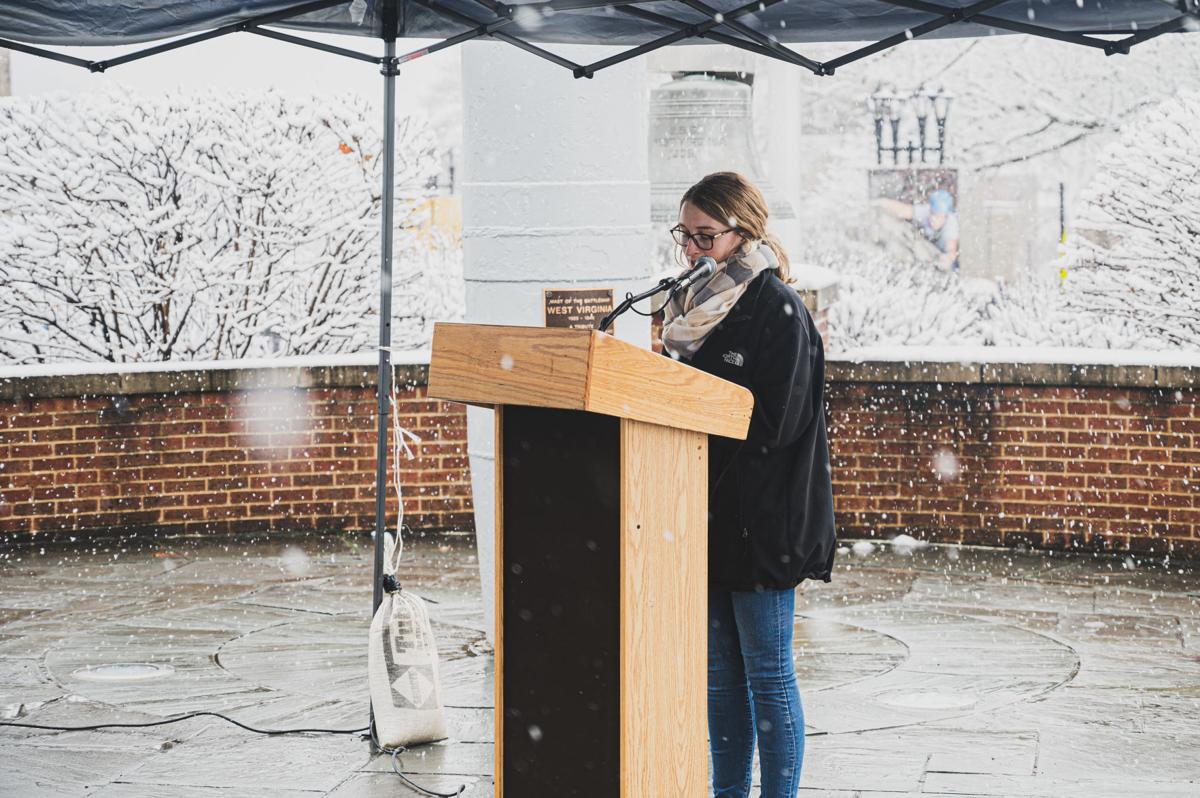 Lauren Robertson speaks at a ceremony in honor of her sister, Chloe Robertson, who was killed by a drunk driver. 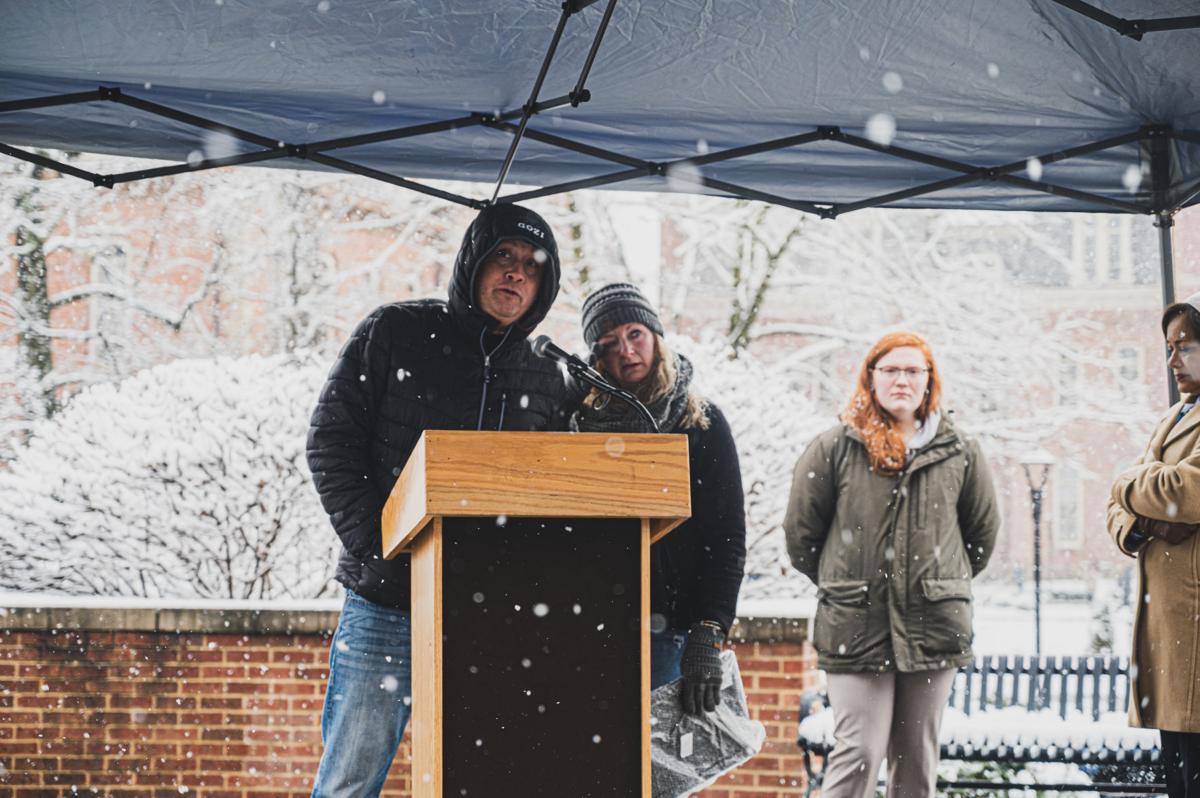 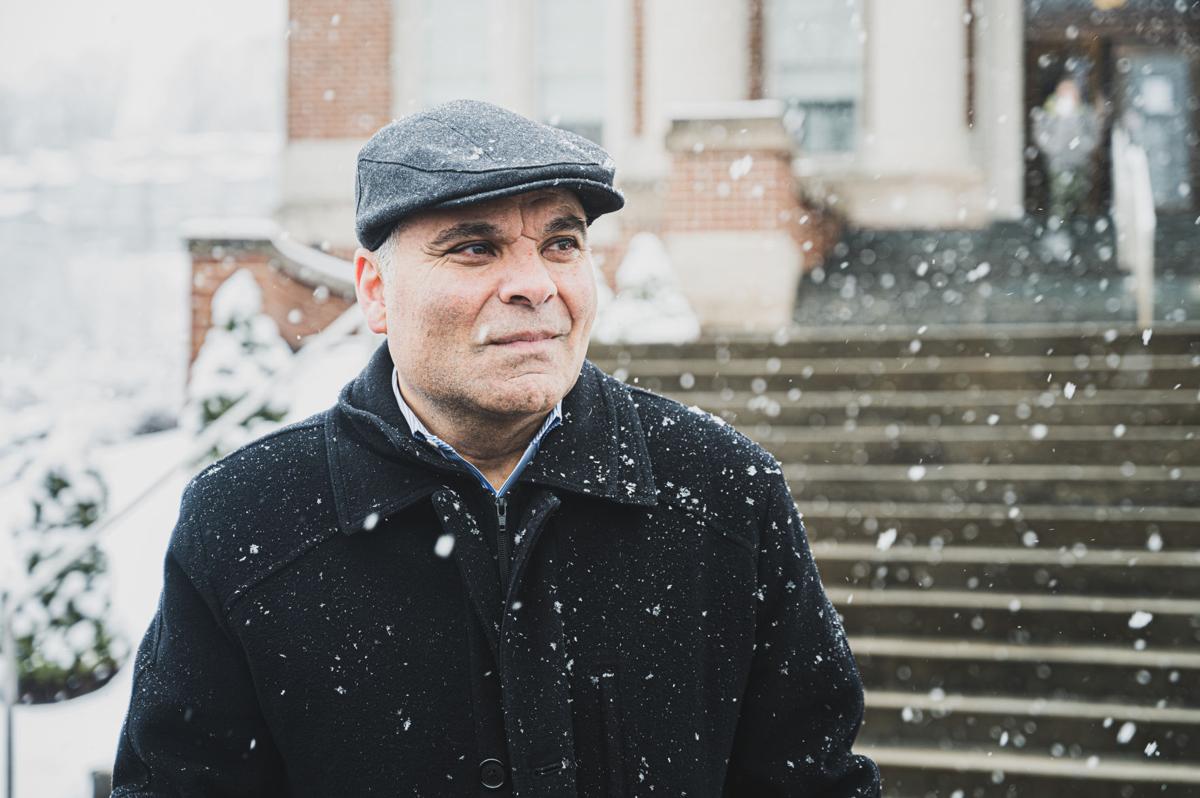 Corey Farris, the dean of students, stands to the side after the ceremony. 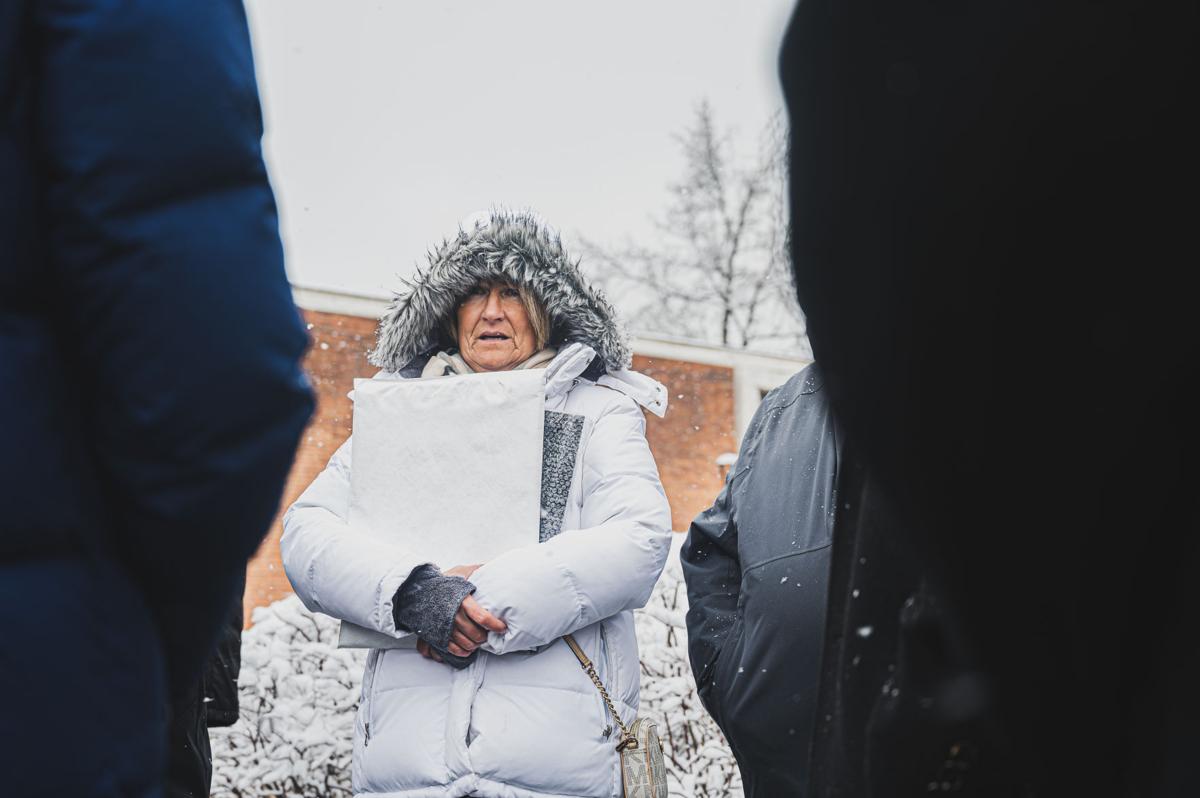 After the ceremony, Provost Maryanne Reed talks with loved ones of those honored at the ceremony. 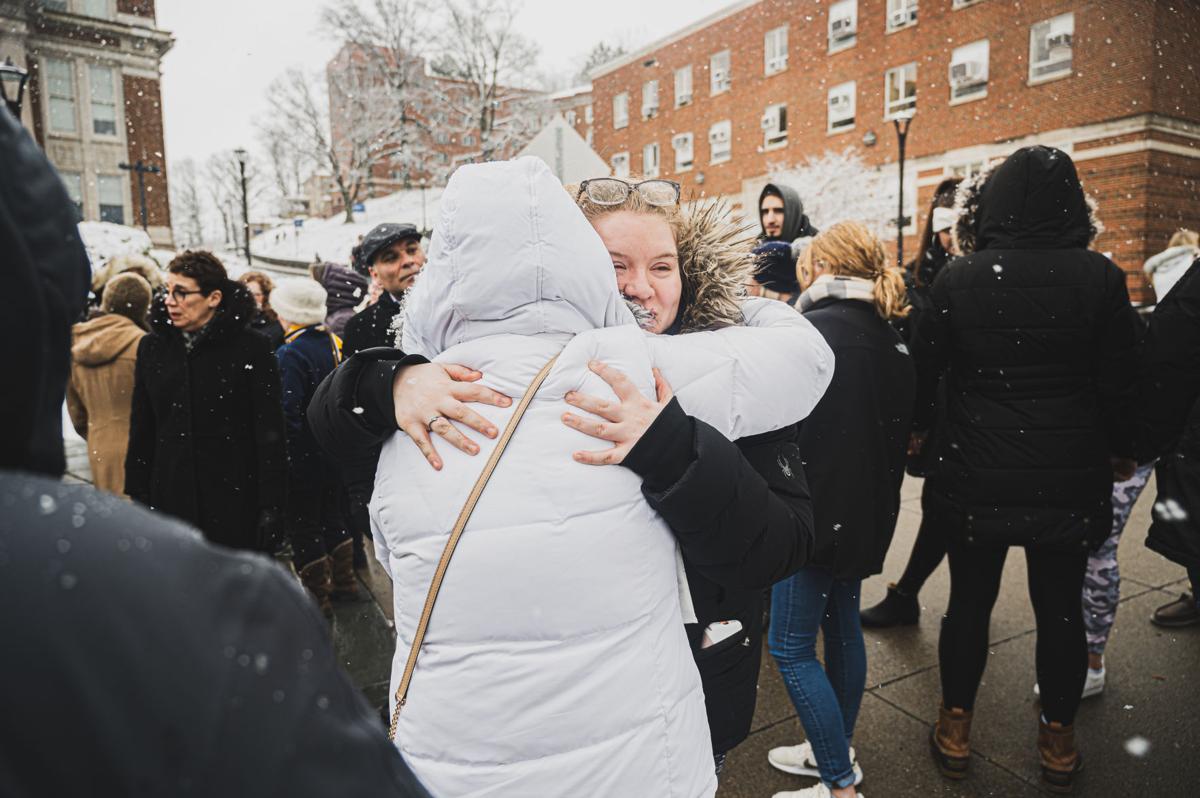 Lauren Robertson speaks at a ceremony in honor of her sister, Chloe Robertson, who was killed by a drunk driver.

Corey Farris, the dean of students, stands to the side after the ceremony.

After the ceremony, Provost Maryanne Reed talks with loved ones of those honored at the ceremony.

On Friday, WVU held a bell ringing ceremony to honor the memory of three former students.

Kim Mosby, senior associate dean of the WVU Care Team, spoke about the memory of the students to a crowd of around 50 gathered at Oglebay Plaza.

“On behalf of West Virginia University, President E. Gordon Gee and the Office of Campus and Community Life, I would like to express our condolences, [and] our sympathies to the family and friends, the roommates, the classmates and instructors of Noah Shaffer, Sierra Mattson and Chloe Robertson.”

Robertson, 21, a criminology student, died after her car was struck by a drunk driver on Jan. 25 in the Philadelphia area. A vigil was recently held in her honor.

“I’m heartbroken, numb [and] uneasy not knowing where she is,” said Lauren Robertson, older sister of Chloe Robertson. “I feel robbed. Robbed not only of a little sister, but robbed on behalf of her for knowing that she was so excited for the next year of her life.”

Robertson said her sister had been robbed of life because somebody got behind the wheel of a car when they were drunk.

“It was a conscious disregard for Chloe’s life, and she’s not here as a result of it,” Robertson said. “Remember that life is fragile, and I would tell anybody that was going to the bar that no Uber is too expensive. Those keys should never go in the ignition in the first place.”

Robertson said she wants her sister to be remembered for her infectious smile, goofy sense of humor, caring personality and love for WVU.

“Chloe’s favorite place on earth was West Virginia University,” Robertson said. “She was destined to be here, and she loved it before she even stepped on campus, so the fact that the school got together and did something like this for her not only felt like she was a part of the West Virginia family, but she was truly loved.”

Shane and Alicia Shaffer, parents of Noah Shaffer, said they were looking forward to bringing their son on a campus tour of WVU, and that he would have felt like he was a part of something here.

“He was very goal driven,” Alicia Shaffer said. “He had goals, and he had dreams. It just feels like this would have been the perfect place for him.”

“We were just appreciative of West Virginia having this recognition for him,” Shane Shaffer said.

Mosby spoke on behalf of Mattson at the ceremony.

“Sierra was always smiling and brought sunshine to those who she touched, even on the darkest days,” Mosby said. “She was very determined and friends remember her as one of the strongest, and most fearless people they’ve ever met.”

At the end of the ceremony, the families of the students were presented with a certificate from Gee and the Dean of Students Corey Farris honoring each student’s life and contributions to West Virginia University.

“Even though Noah, Sierra and Chloe were very different, they had a lot in common,” Mosby said. “All three seemed to be amazing, compassionate, laughter-filled, fun-loving people who were loved by many. They will always be alive on our campus, in our hearts and in our lives through the wonderful memories and experiences we have together.”

Provost Maryanne Reed reliant on past experiences in maneuvering pandemic, the future

Select WVU courses to be held at Metropolitan Theatre in fall