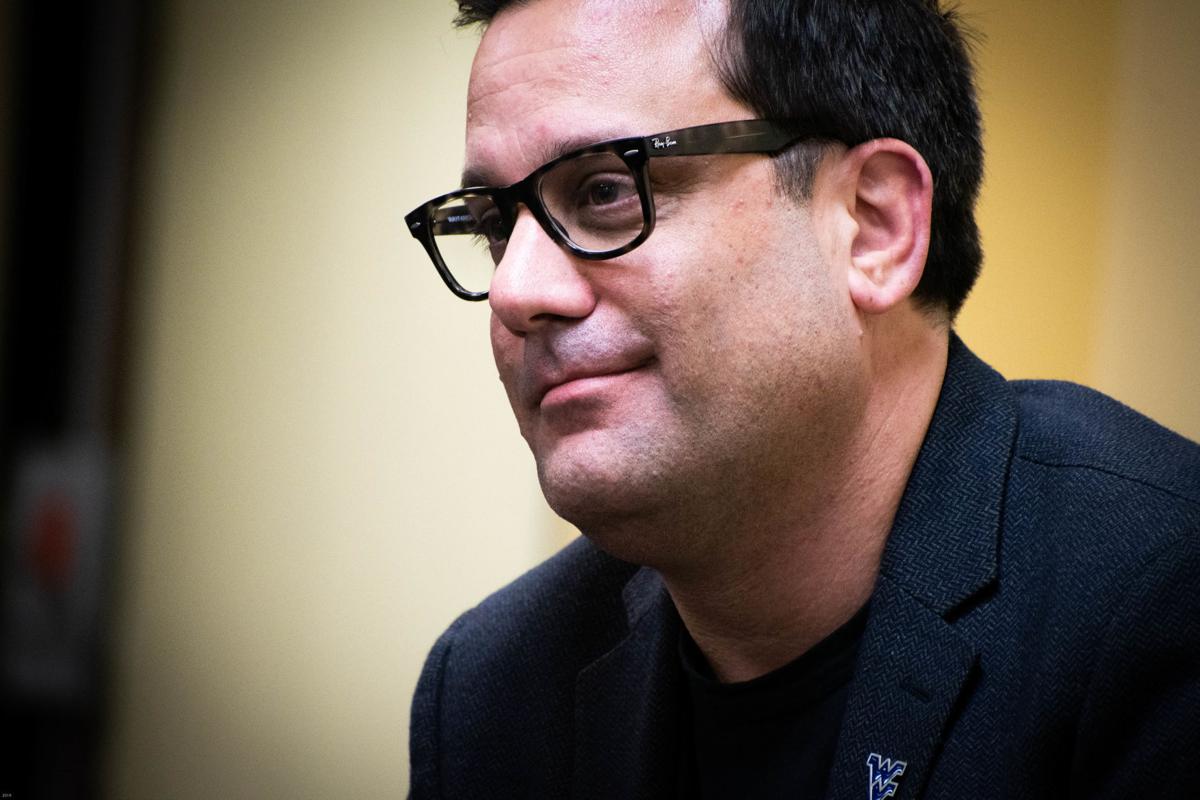 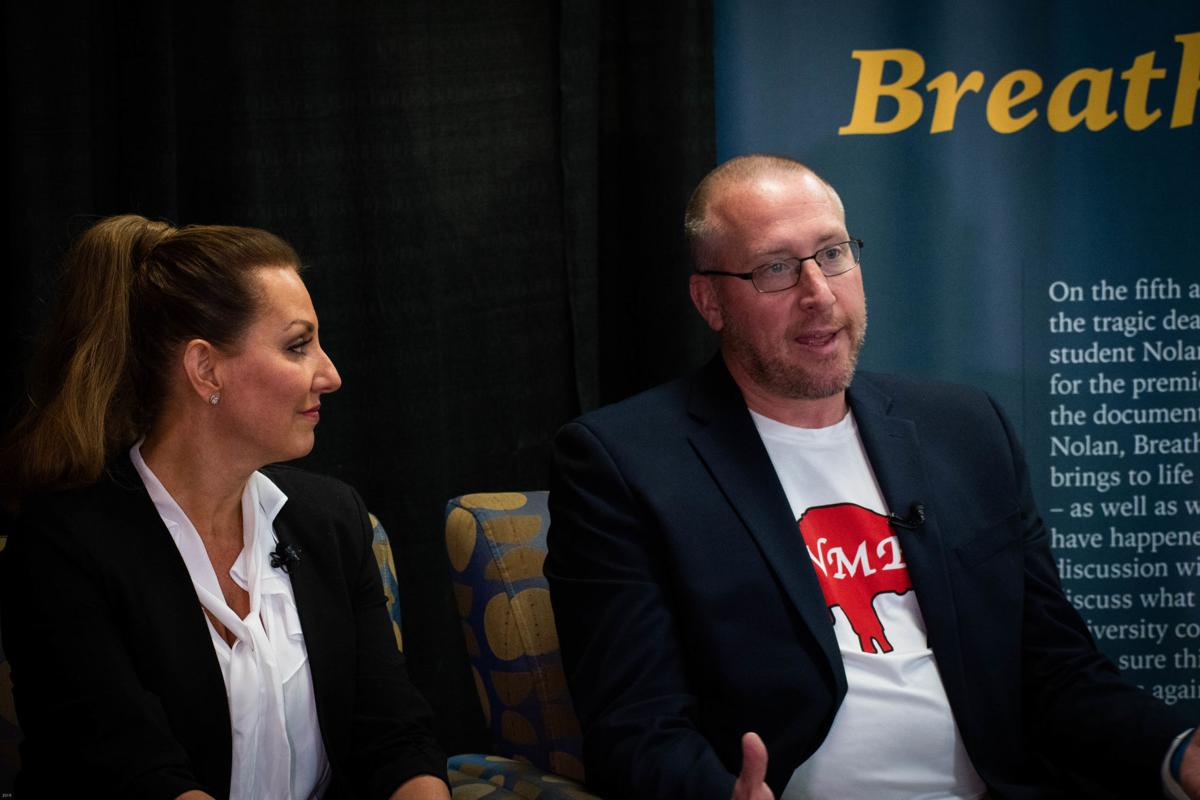 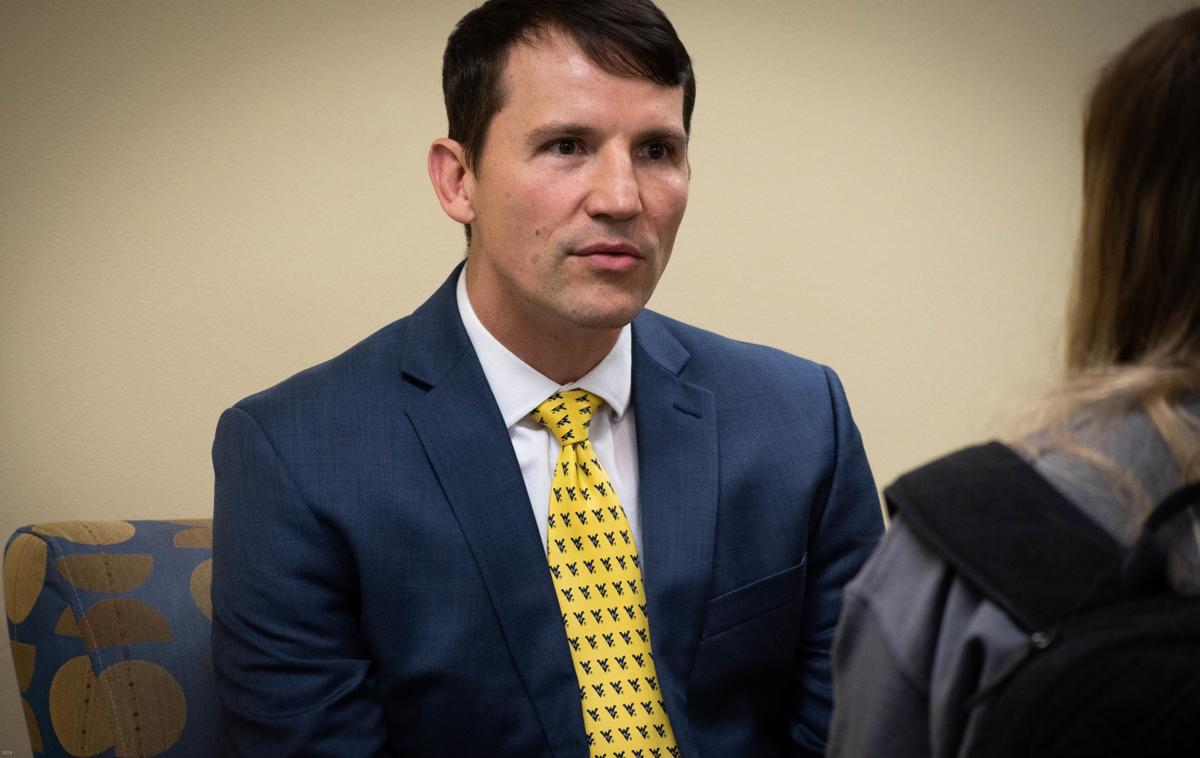 Joshua Dower talks to press during an interview session following the documentary on Nov. 13, 2019.

“If he had been brought to the emergency room [sooner], it’s very likely that our doctors would have been able to monitor him and give him fluids,” Dower said on Wednesday, the day before the fifth anniversary of Burch’s death. “Time would’ve helped to clear the alcohol, and they would have also been able to watch him to make sure that if he couldn't protect his airway, they could’ve protected it for him.”

Dower was one of those who spoke after the screening of the documentary film “Breathe, Nolan, Breathe” at West Virginia University’s Gluck Theatre. He also provided medical care to Burch during the 18-year-old WVU freshman’s last days of life.

The documentary followed the events that unfolded when Burch overdosed on alcohol on the night of Nov. 12, 2014, as well as the lack of urgency and care shown for Burch by the other fraternity members, and what happened next for Nolan, his family and the University.

More than five years ago, his parents, Kim and TJ Burch, got the call at their home in Buffalo, New York, that something was wrong with their son and that they needed to come to Morgantown immediately. After a four and a half hour drive, they were met with the reality that their son was in the intensive care unit in critical condition after suffering from cardiac arrest. They made the decision to take him off life support on Nov. 14, 2014.

The film began with the security footage inside the Kappa Sigma house of a fraternity brother performing CPR on Nolan’s limp body hours after he was dragged inside. The brother kept repeating the words, “breathe, Nolan, breathe.”

“Most Universities or even companies would run from [Nolan’s story] and try to bury it,” said Daniel Catullo, who directed the film and is the co-founder and CEO of City Drive Entertainment Group and a WVU alumnus. “I wanted to embrace this. I wanted to put this out in the forefront. I want West Virginia to go out and say this happened here, we need to stop this and we need to work together.”

Catullo said the hardest thing he had to do was ask the Burches if he could use the security footage in the documentary.

“I sat down with the University and the Burches and said, ‘If I can use the security footage, if I can let kids see this, as graphic as it is, I think it’ll resonate in the back of their heads, where they’ll remember this.”

On the night Nolan suffered from cardiac arrest, his blood alcohol level was 0.493, more than six times the legal limit to drive in West Virginia.

“At this point in time, five years ago we were still at the hospital,” TJ Burch said. “There were still people coming in and out, and we were making decisions on organ donation. We knew that it wasn’t good and that he had lost oxygen to his brain for too long, so the way it was described to us was he’s here, but he’s not really here.”

“When we were met by doctors and nurses that had tears in their eyes, we kind of knew then, and when they took us up to the ICU and said that he was on life support and all brain activity had been gone, [we felt] horrible,” Kim Burch said. “It’s like having your heart ripped out.”

On that final night of pledging, Nolan, his fraternity big brother and little sister went into a room, where Nolan is thought to have consumed a bottle of whiskey.

“His big brother and little sister took him into that room by himself and [between] the three of them, one’s in heaven and two are not talking, so they won’t tell us what happened in that room,” Kim Burch said.

In the security footage, fraternity brothers can be seen taking videos of Burch laying on a wooden plank, walking around him and even kicking him.

Kim and TJ Burch said their son loved everybody and would do anything for his friends, and he would’ve never left anyone the way they left him.

“He would’ve never,”  Kim Burch said. “That’s where it’s heart wrenching to know that nobody helped him.”

“Nolan should not be dead,” Catullo said. “If someone had just called 911, he’d be here, but no one did anything.”

Catullo created the documentary to inform students how harmful hazing incidents can be and what can happen when situations aren’t taken seriously.

Corey Farris, WVU dean of students, said the University has since created new requirements and made some changes to ensure that nothing like this happens again.

“We’ve done a number of things from raising the requirements to become a fraternity, raising requirements, like, for example, GPA requirements,” Farris said. “We have some different kinds of training from sexual assault to alcohol education and other types of training that fraternity and sorority members are required to go through.”

“We now have a hazing prevention week, because the important thing to remember is hazing is not just in fraternities and sororities and it’s a nationwide issue so for us, we wanted to make sure we were addressing it, and not just in the fraternity and sorority system but elsewhere,” he said.

In the film, WVU President Gordon Gee said he wants to make sure students have a balance of life at the University, which includes working smart and playing smart.

Kim Burch said Nolan was an awesome son, a good friend, a good brother and that he didn’t deserve what happened to him.

“You have to drink responsibly No. 1, but most importantly we have to look out for each other,” TJ Burch said. “That’s the key. If you see somebody in trouble, help them. If there’s a question in your mind of should I do something, you should do something and that should be basic human nature.”