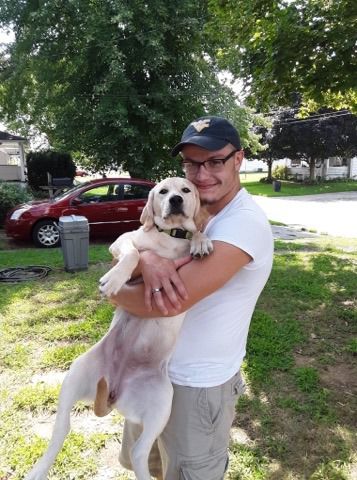 Jarrid Winters and Hera, his dog. 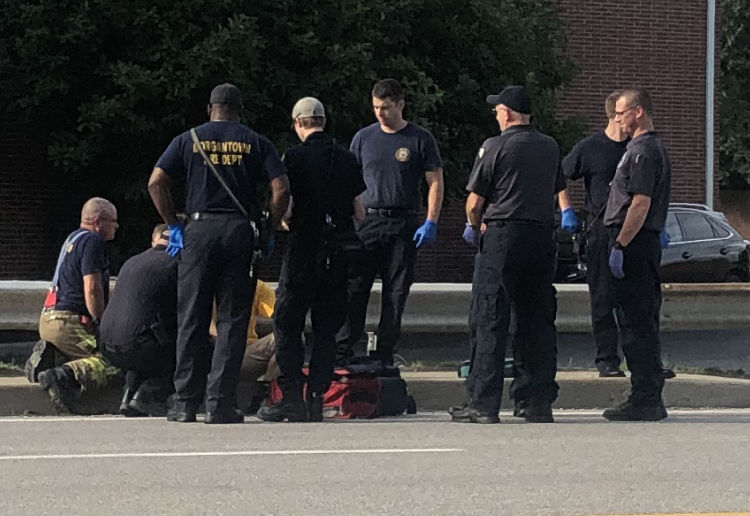 Emergency personnel providing assistance to WVU student Jarrid Winters after he was hit by a car on Thursday.

Jarrid Winters and Hera, his dog.

Emergency personnel providing assistance to WVU student Jarrid Winters after he was hit by a car on Thursday.

A WVU student and his dog were hit by a car while walking on a Morgantown crosswalk on Thursday.

Briana Spiker, the driver, was cited for failure to yield to a pedestrian in the crosswalk, Stacy said.

Winters said he was walking with his dog, a 5-month-old yellow lab named Hera, and his girlfriend, when the car came.

When interviewed on Saturday afternoon, Winters said his right arm and shoulder were swollen, and he received road rash, cuts, a concussion and a possible fracture in his right wrist. He said Hera seemed to be doing fine; his girlfriend was not hit.

“It could have been much worse,” Winters said.

WVU student Leah Berhanu was struck and killed while walking across the intersection in February 2018.

A WVU student received minor injuries in a pedestrian-vehicle accident at the intersection of Patteson Drive and Morrill Way on Thursday evening.