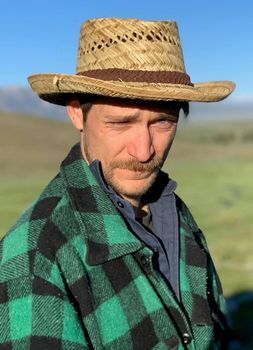 This Monday brings us to yet another round of controversies surrounding the impending “celebration” of Columbus Day (how does anyone actually celebrate? play golf?). Stubborn and misguided efforts to continue the tradition of honoring Columbus come at a time when Indigenous peoples and the non-aboriginal residents of our shared hemisphere are embracing varied efforts at truth and reconciliation.

These efforts are commendable not because of the interests of partisan groups or the triumph of one “version” of history over another, but because the work grounds reconciliation in facts and calls for action on behalf of everyone. As persons who live, work, and love in this corner of the Americas, we have absolutely nothing to lose by engaging in honest, sustained conversations about the forces that brought us to the present moment. I hasten to add that empathy, truth, and forgiveness are the core principles of every major world religion.

Lest I be suspected of advancing the agenda of the “woke police,” as a historian, I’ll confine my remarks to the cold, hard facts about Christopher Columbus, considering both the historical context that produced him as well as his individual decisions.

Born in 1451, a time when Medieval Europe was steadily losing ground to the Ottoman Empire, Columbus was more a product of his era than a radical visionary. A militant, millenarian Catholic, Columbus hoped that revitalizing European trade with East Asia would provide the resources for Christendom to recapture the Holy Land.

Regarding his chops as an explorer, learned 15th-century European geographers agreed that the world was round, not flat, a consensus established in most cultures for several millennia. The significance of Columbus as a navigator was his expertise in crossing a vast, unknown ocean.

His actions upon arriving on the island he named Hispaniola also place him in lockstep with most of his conquistador contemporaries. Only in 1492 did Spain become a unified kingdom after centuries of conflict with the Islamic city-states of the Iberian peninsula. In encountering the native Taino, or Arawak, peoples, Columbus emphasized human differences over similarities.

To him, the Tainos were “fit to be ordered about and made to work.” Columbus’ actions and return voyage in 1493 are hardly the stuff of the Sermon on the Mount. This time the newcomers arrived with lances, firearms, war horses, mastiffs, chains, and nets, which they quickly put to use killing, enslaving, and terrorizing the locals, primarily for the purposes of selling the captives and extracting tribute in gold.

In 1495, Columbus shipped some 550 Indigenous captives to Spain for sale; other Genoese merchants were busy investing in the new Canary Islands' sugar refineries that relied on enslaved labor.

The violence and greed of Columbus and his men, exacerbated by a series of epidemics in the following thirty years, appalled many at the time, including Queen Isabella and the humanitarian theologian Bartolome de las Casas.

Finally, we come to the connection between Columbus and the Italian-American community that he is supposed to represent.

To his death in 1506, Columbus remained convinced he had made landfall on an archipelago off the coast of Japan. Only the efforts of Amerigo Vespucci and others confirmed for Europeans that they had encountered a new and unknown (to them, at least) continent: America.

Columbus himself never set foot on the North American mainland, part of which, much later, became the United States. Italy, of course, was even further off, only becoming the unified nation-state we know today in 1871.

Stock characters—heroes and villains—are the stuff of drama, not history. Let us accept the facts about Columbus, and move toward reconciliation with Indigenous peoples on the basis of mutual respect.

Taylor Swift Review: Lessons from All Too Well

Take your headphones off, turn your attention on

Album Review | ‘An Evening With Silk Sonic’: Two powerhouses have the time of their life