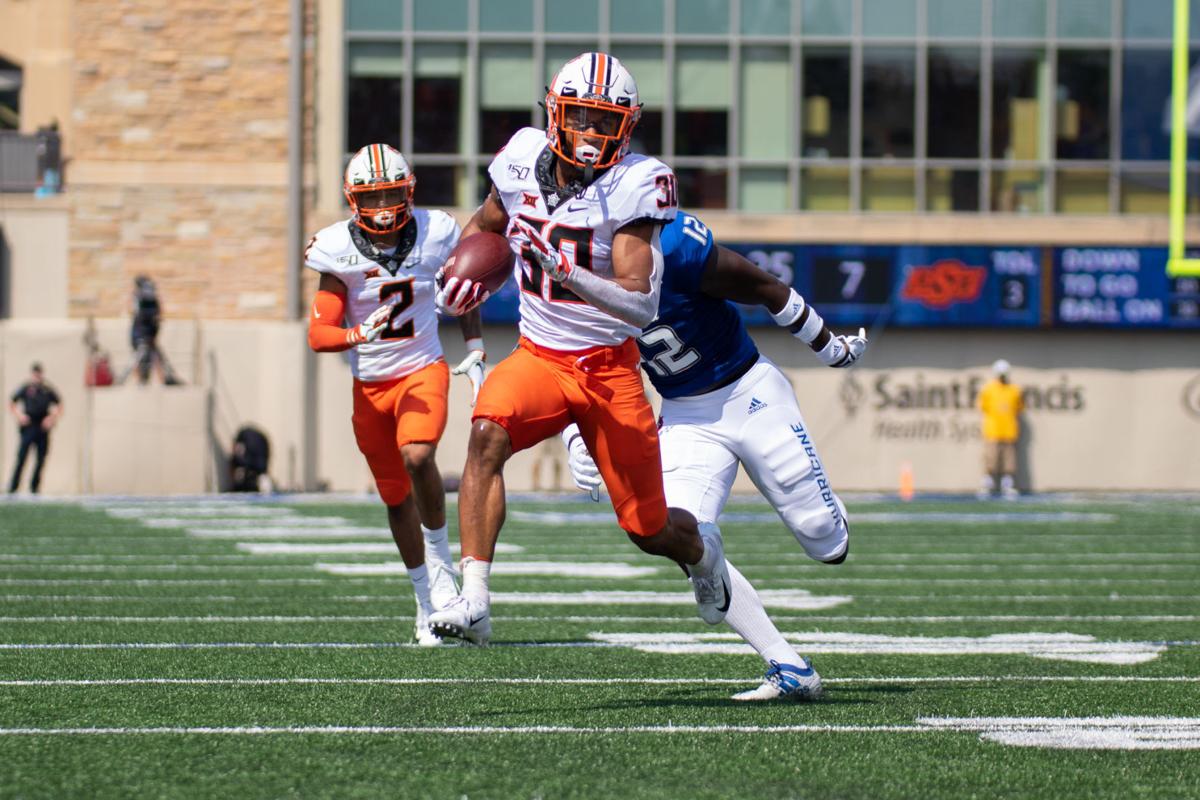 Oklahoma State running back Chuba Hubbard has become one of the most electric players in the Big 12 following his 2019 season. 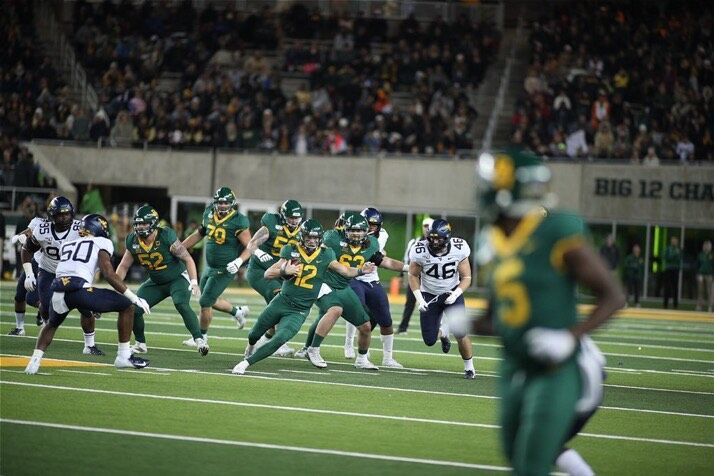 Baylor quarterback Charlie Brewer (12) returns to the Bears this season following an 11-3 finish in 2019.

Oklahoma State running back Chuba Hubbard has become one of the most electric players in the Big 12 following his 2019 season.

Baylor quarterback Charlie Brewer (12) returns to the Bears this season following an 11-3 finish in 2019.

Charles Montgomery, Assistant Sports Editor: This is a really good Cardinal team that I think is a dark horse in the ACC title race, and in year two, head coach Scott Scatterfield has Lousiville in the top 25. Micale Cunningham opened 2020 with an outstanding first game, throwing for 343 yards and three touchdowns. Louisville didn’t dominate Western Kentucky in the home opener, but the defense was given short fields to defend on two of the three touchdown drives by the Hilltoppers. If the Louisville defense gets into a rhythm like it is expected to this season, this U of L squad will continue to get dangerous.

The Miami Hurricanes. What an up-and-down last few years its been and now they’re back in the top 25 in Week 2 of the season. I’ve never been a Miami fan, but the 'Canes are always exciting. This year is no different. With D’Eriq King transferring from Houston, the Hurricanes have a Heisman trophy contender. Against UAB, Miami rushed for 337 yards. If Miami can get there again, it’ll cruise for the win. I don’t think that’s going to happen. The Louisville defense was somewhat embarrassed in week one, so I expect a big showing. Cunningham torches Miami for 300-plus passing yards and U of L wins, 38-17.

Mongtomery: For the first time in 25 years, the Bears will play the Cougars. Both teams had to cancel their original season openers due to COVID-19, so here we are in Week 2. Baylor had a lot of turnover after making the Sugar Bowl with Matt Rhule. Now, Rhule is in the NFL and coaching the Carolina Panthers, but Baylor still has Charlie Brewer. Brewer stepped up as one of the most improved quarterbacks in the Big 12 last year. To succeed in 2020, the Bears will rely on his arm heavily to keep them in games.

Year two for Dana Holgorsen can’t really go much worse than the first one. After leaving WVU for Houston, Holgorsen saw his quarterback, D’Eriq King, transfer, his top wide receiver sit out for the season and, in return, a 4-8 season. Clayton Tune is the starter for Houston after playing in seven games last year, but don’t count out the backup, Logan Holgorsen, Dana Holgorsen’s son, might get an opportunity if Tune turns in the same performance he had last year. I think Baylor begins the Dave Aranda era in great fashion with the win, 30-23.

No. 11 Oklahoma State vs. Tulsa

Montgomery: There isn’t really that much to talk about here. The Cowboys are definite contenders for the Big 12 title, and I think a cupcake game like this against Tulsa will allow them to tune up before West Virginia travels to Stillwater next week. Chuba Hubbard is back after rushing for 2,094 yards in 2019. If he does even half what he accomplished last year, it is going to be a long season for many Big 12 defenses. Spencer Sanders will start his second season at quarterback after earing Freshman of the Year honors in the conference last year. Oh, and don’t forget about wide receiver Tylan Wallace. The Cowboys are stacked for 2020.

Tulsa has a solid running back group with Shamari Brooks and Corey Taylor II leading the way. Zach Smith is starting at quarterback with a great 2019 season behind him. Smith passed for 3,279 yards, 19 touchdowns and nine interceptions. One thing to note is that Hubbard rushed for 256 yards in the meeting last year with three touchdowns. There should be 15,000 fans in attendance for the game, and they will just add to the stress for Tulsa. Oklahoma State wins, 56-10.

Syracuse vs. No. 25 Pittsburgh

Montgomery: Pittsburgh is ranked. How did that happen? Oh yeah, nine teams were in the top 25 but they had to be removed because they were either Big Ten or Pac 12 teams, which have yet to start their football seasons. So, it’s not a real ranking in my book for the Panthers. Pitt began the season playing Austin Peay and won 55-0. I guess that’s a congratulations, but Austin Peay is an FCS program. The Pittsburgh defense dominated for nine sacks against Syracuse last year against Tommy DeVito. DeVito was dropped seven times against North Carolina last week, so the Orange are inviting destruction from the Pitt defense.

I picked against Syracuse last week, and I am glad I did. Syracuse lost 31-6 after DeVito only threw for 112 yards. The Orange need some offense if they’re going to compete with anyone, but don’t count them out just yet. This program likes to be a shocker in the ACC each year, so they can still turn it around. Pitt has won 15 of the past 18, so we’ll see. I think Syracuse bounces back this week though for the upset because how can I pick Pittsburgh? Syracuse wins, 24-14.

I am a junior journalism student from Grant, Alabama. I have been with the DA since January 2019 and I have covered multiple sports including, women's basketball, tennis, women's soccer, men's soccer, golf, swimming and diving, and football.

Brown looks for improvement during bye week before conference play

Week 3 Football Picks: WVU is off, but Baylor, OK State are on