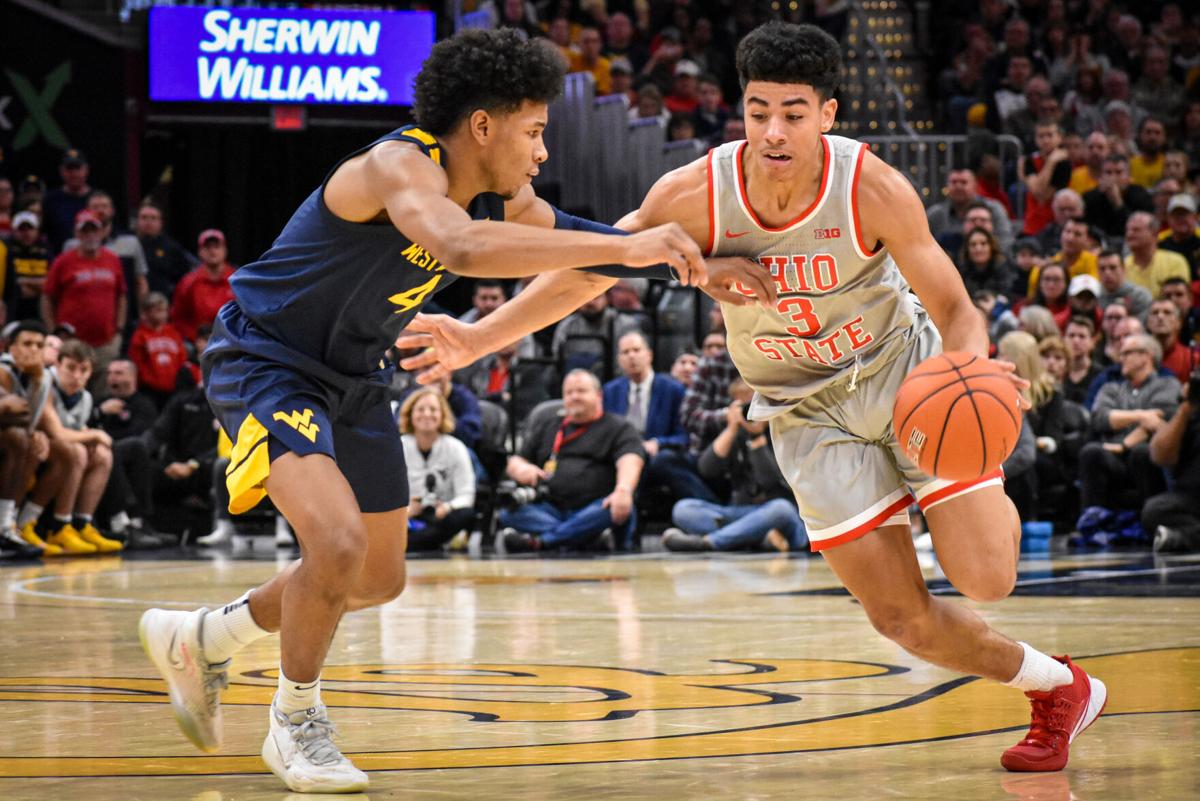 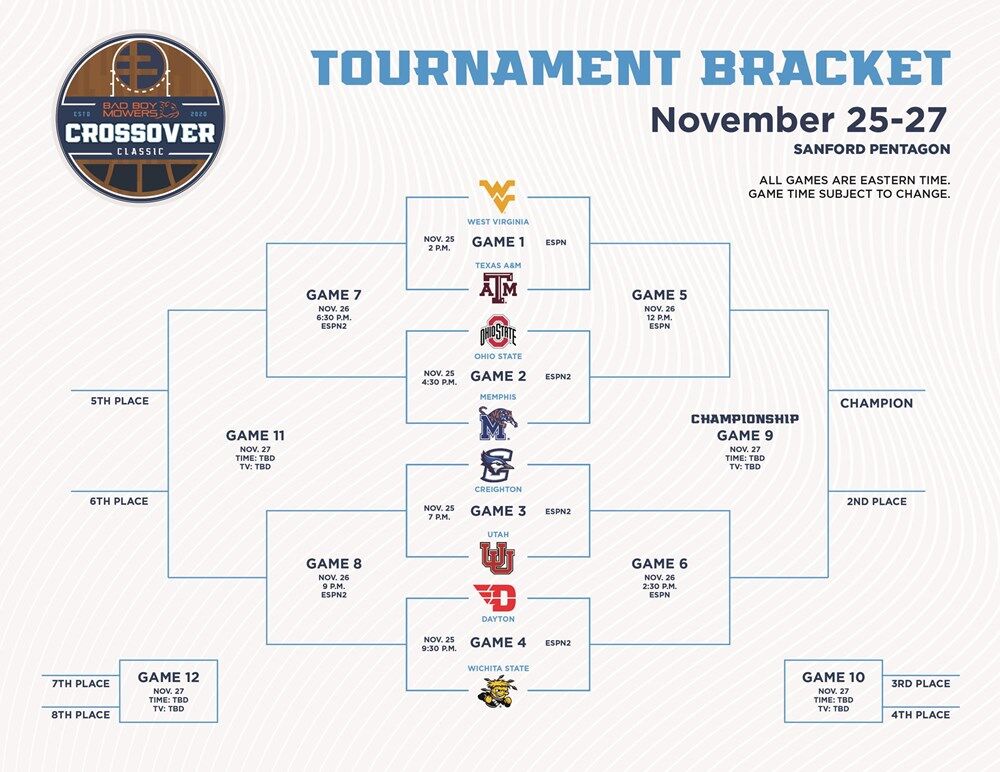 The bracket for the Bad Boy Mowers Crossover Classic.

The bracket for the Bad Boy Mowers Crossover Classic.

The schedule for the men’s basketball season is starting to take shape as the bracket for the Bad Boy Mowers Crossover Classic has been announced, with West Virginia among eight teams competing at the Sanford Pentagon in Sioux Falls, South Dakota.

The tournament was originally scheduled to take place in the Bahamas for the Battle 4 Atlantis, but the event had to be canceled due to complications with COVID-19. Only Duke has dropped out of the field, which was replaced by Dayton.

The Mountaineers will start the event on Nov. 25 against Texas A&M, who last met up in Germany on Nov. 10, 2017. The Aggies defeated the Mountaineers 88-65 before WVU won 15 straight games to rise to No. 2 in the AP poll.

Texas A&M finished last season with a 16-14 record and lost its leading scorer in Josh Nebo. The Aggies will need to rely heavily on senior Savion Flagg, who was second on the team in scoring at 10.4 points per game, third on the team in rebounds with 5.1 boards per game, then led the team in assists with 75 on the season.

WVU will then face either Ohio State or Memphis. The Mountaineers last met Ohio State in Cleveland last season, a 67-59 triumph over the then-No. 2 Buckeyes. WVU has only played Memphis twice, splitting the series and not playing each other since 1961.

This season, Ohio State loses both of the Wesson brothers, while also losing its talented point guard in D.J. Carton. Now, the Buckeyes will need to rely on seniors Kyle Young and CJ Walker and junior Duane Washington. Washington was second on the team in points per game last season at 11.5, while shooting nearly 40% from three-point range. Walker was also solid after scoring 8.7 points per game and leading the team with 3.5 assists per game. Young will need to step up in the paint after going for 7.5 points and 5.8 rebounds per game.

Memphis was planning on relying heavily on extremely talented James Wiseman last season, but eligibility issues allowed him to only play three games and the Tigers were still a team to be taken seriously. Rising sophomore Precious Achiuwa could be an All-American if things play out right. He averaged 15.8 points and 10.8 rebounds per game as a freshman. Complementing him in the frontcourt will be sophomore D.J. Jeffries, who averaged 10.8 points per game while shooting over 50% from the field last season.

Last season, Dayton came out of nowhere with Obi Toppin winning just about all national player of the year awards. Now that he’s gone, it will be up to seniors Jalen Crutcher, who took his name out of the NBA Draft, and Ibi Watson. Crutcher put up 15.1 points per game and was lethal from three-point range, shooting over 42%. Watson wasn’t far behind, averaging 10.1 points per game while shooting just under 40% from three.

Creighton is expected to be one of the top teams in the country this season, with the return of a healthy Marcus Zegarowski. He averaged over 16 points per game and shot 42% from three last season while dishing out five assists per game. Senior Denzel Mahoney is expected to make an impact after coming in third on the team in scoring at 12 points per game.

Utah finished last season just over .500 but will get a huge boost with the return of do-it-all forward Timmy Allen. He averaged 17.3 points per game, 7.3 rebounds per game, 2.9 assists per game and 1.2 steals per game. He will be leaned on heavily since its second leading scorer Both Gach decided to transfer to Minnesota.

The news around Wichita State this offseason has come mainly about off the court issues. Head coach Gregg Marshall has been accused of misconduct with his players in practices and is under investigation. On the court, they will have some holes to fill with their top three scorers leaving the program. Junior Dexter Dennis and sophomore Tyson Etienne will carry a lot of the responsibilities this season scoring the ball while senior Trey Wade and junior Morris Udeze will have to step up in the paint.

Matthew Digby is a senior at WVU majoring in journalism with a minor in sport communication. He has been working at the Daily Athenaeum for one year and is working as the Sports Editor for the first time this fall. He is from Ottawa Lake, Michigan.

Tshiebwe and Culver earn preseason recognition by the Big 12 Conference

Brought to you by The Domain at Town Centre

Mountaineers dominant in upset victory over No. 16 Kansas State