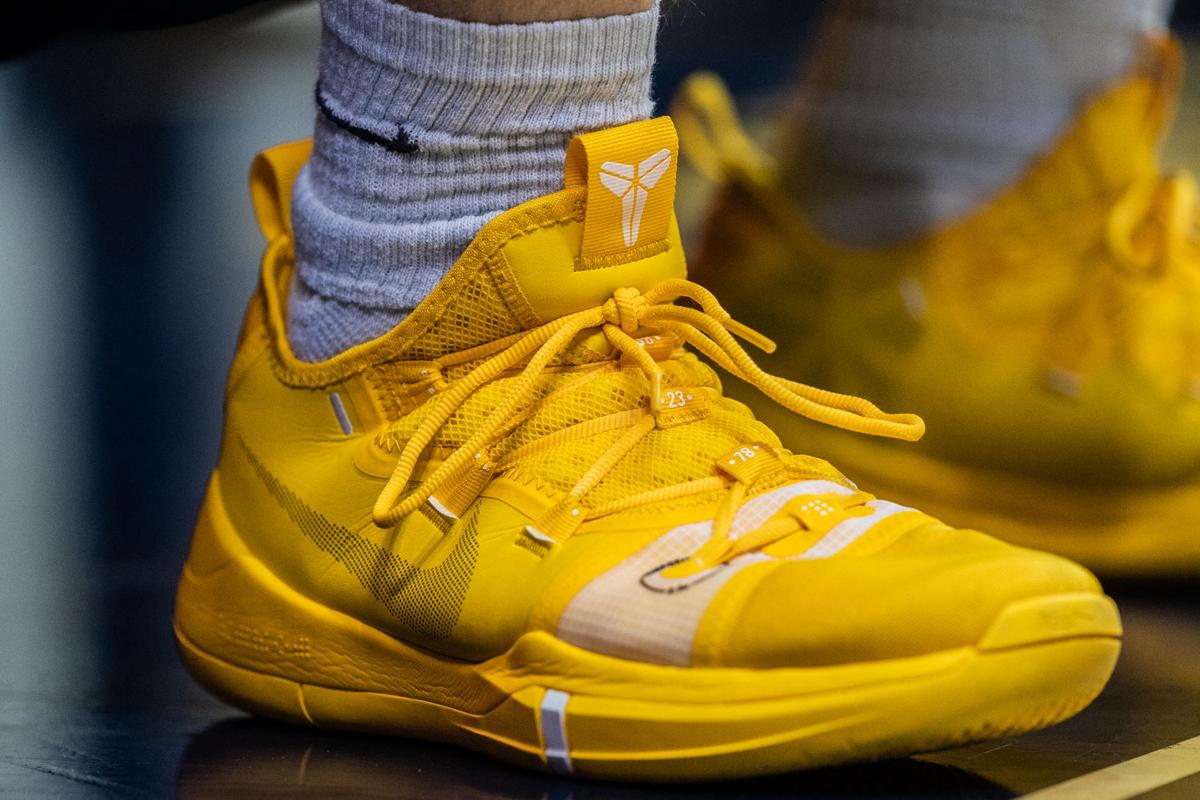 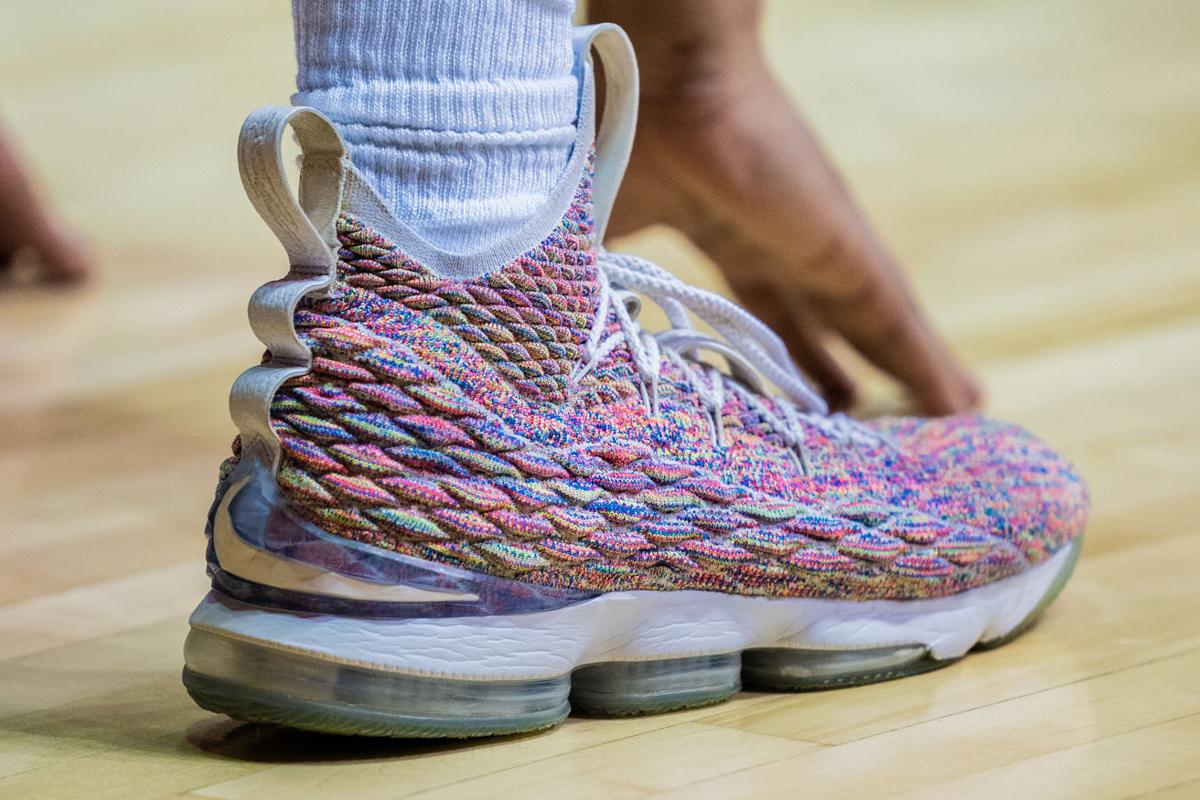 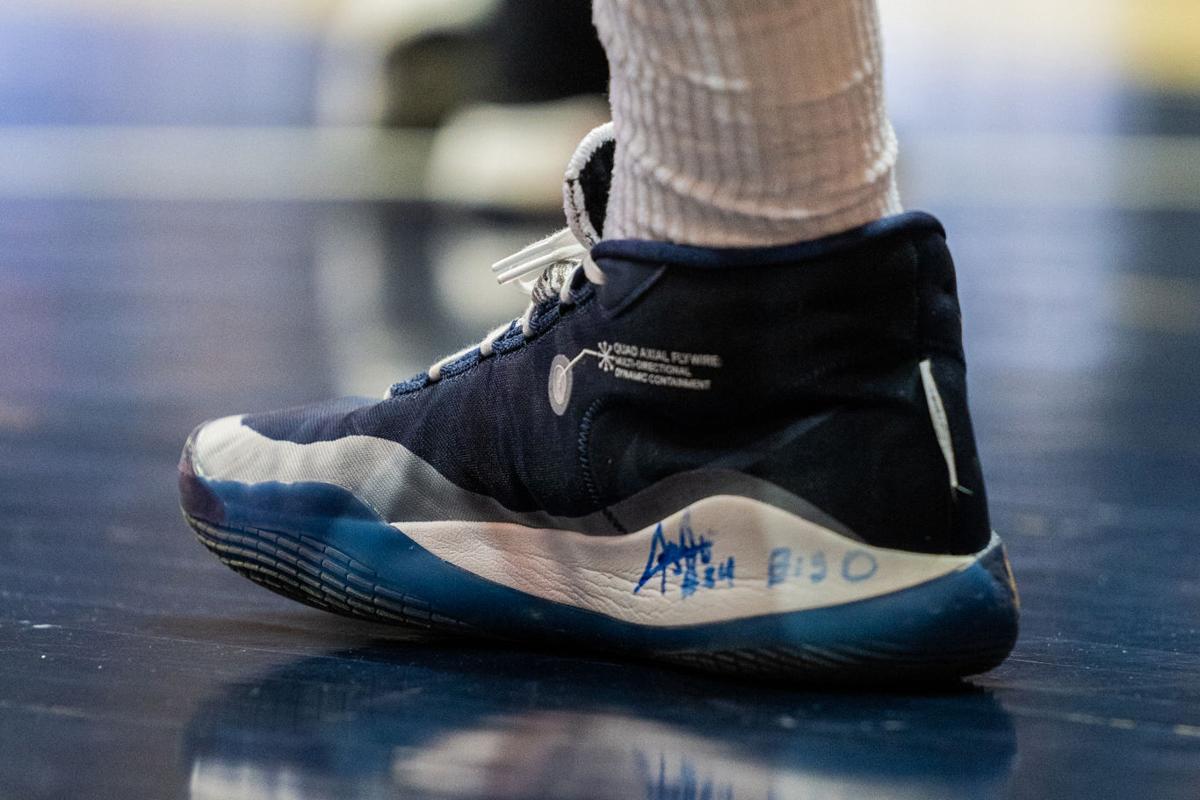 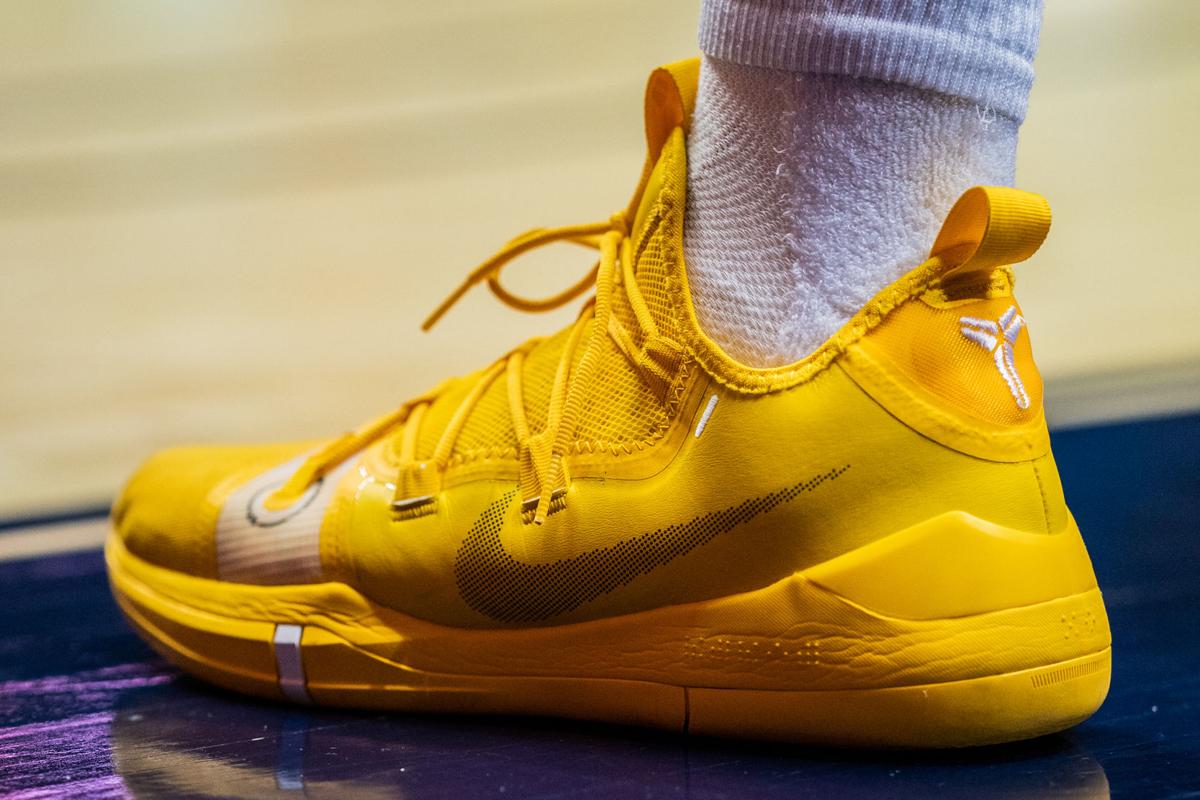 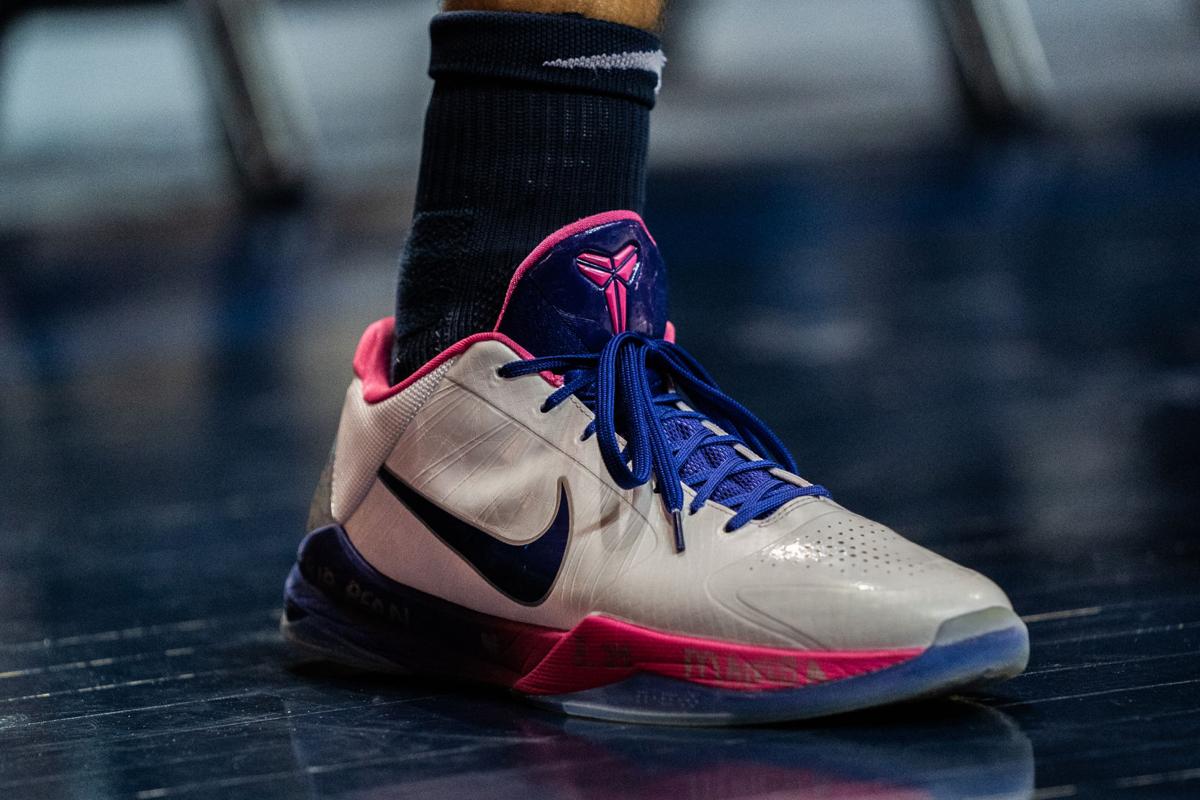 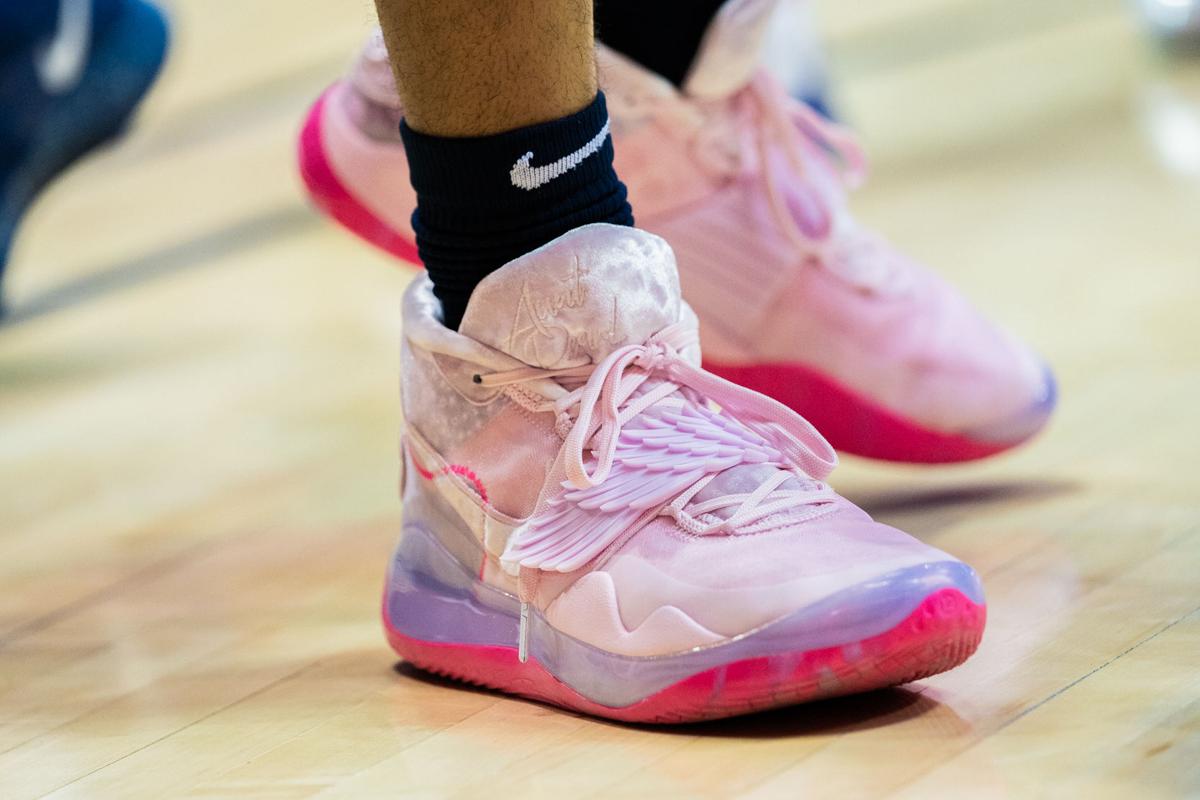 The shots weren’t falling for Chase Harler, so he decided to make a change.

One of the bigger sneakerheads on the West Virginia men’s basketball team, Harler decided that his footwear wasn’t getting it done, opting for a new pair of shoes during halftime of Saturday’s game against Kansas State.

The result? Harler, who went the entire first half without scoring a basket, emerged in the second half to score eight points on 3-of-4 shooting from the field, including two three-pointers.

“I changed shoes at halftime, that’s why I made these shots,” Harler said. “I had the yellow Kobe’s on — [I’m a] big Kobe guy, so I wanted to pay homage to him, but [I] just switched it up. I’ve been wearing these Hyperdunks for 10 games and it seems like every game I have a decent game in these, so the switch helped me.”

Hours earlier, the Mountaineers took to the floor donning their unvarying basketball uniforms, creating a steady identity. The uniforms, almost entirely blue with hints of gold on the shoulders and shorts, may showcase a cohesion among the team, but limit players’ individuality.

In the game of college basketball, footwear is one of the few avenues in which student-athletes are able to express themselves. Harler embraces that opportunity.

“That gives you a little creativity, for sure, kind of express yourself, in a way. They don’t really say anything about the shoes,” Harler said. “Taz [Sherman] wore a pair of “Aunt Pearl” — the pink shoes. As long as you do your job, I’m sure they don’t care what kind of shoe you wear.”

Sherman’s Nike KD 12 Aunt Pearl sneakers, released late last year, are one of the many examples of unique footwear among the members of the WVU men’s basketball team. The shoe features a unique combination of pinks and purples — colors not often found on a basketball court.

Jermaine Haley wears a pair of the Nike LeBron 15 Cereal sneakers, a speckled, rainbow-colored mish-mosh with a white base. Due to their appearance, the pair is known in sneakerhead circles as “Fruity Pebbles”.

Yet, style isn’t the only thing on the mind when it comes to picking footwear.

Miles McBride, who suffered a foot injury in high school, relies on the comfort that certain shoes provide.

“I’m going to wear these as long as I can,” McBride said, gesturing to the shoes on his feet. “They’re getting pretty old. I’m gonna try and probably switch them out. I had foot surgery, so the sneakers I pick have to be pretty comfortable, pretty high top. I’m not a big sneakerhead; I’m not going to be anything flashy and spend a lot of money on things I’m going to wear out.”

Despite assumptions that the title "sneakerhead" belongs to a younger age group, some say that the student-athletes aren’t even the most shoe-centered in the program.

“Honestly, the coaches are the biggest sneakerheads,” McBride said. “They have every type of shoe that you can think of from Nike — it’s amazing to see some of the things they pull out of their closet. They just get it for free because it’s a Nike school and stuff like that. Man, I’ma have to go through their closet real quick because they’re not gonna wear them.”

Men's hoops looks to snap cold streak on the road against No. 1 Baylor

Brought to you by The Domain at Town Centre