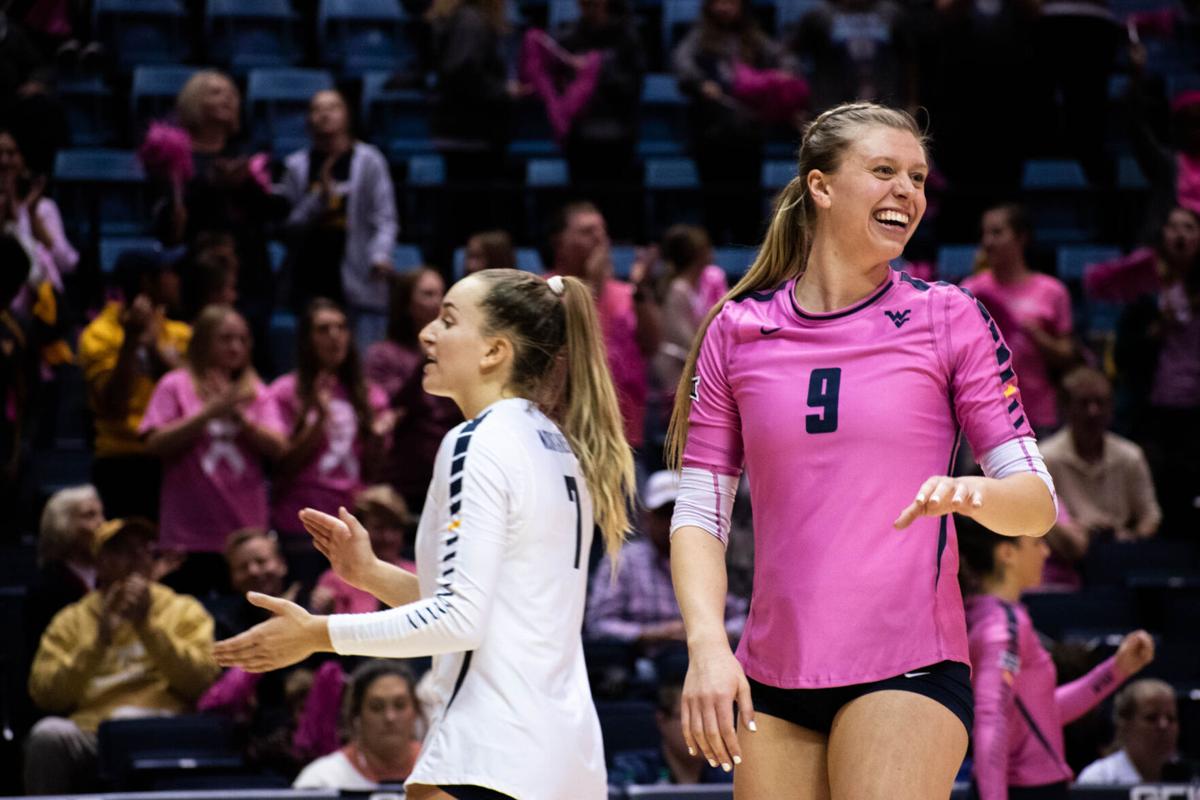 Erin Slinde celebrates a point during WVU's game against Texas Tech on November 16, 2019 at the Coliseum. 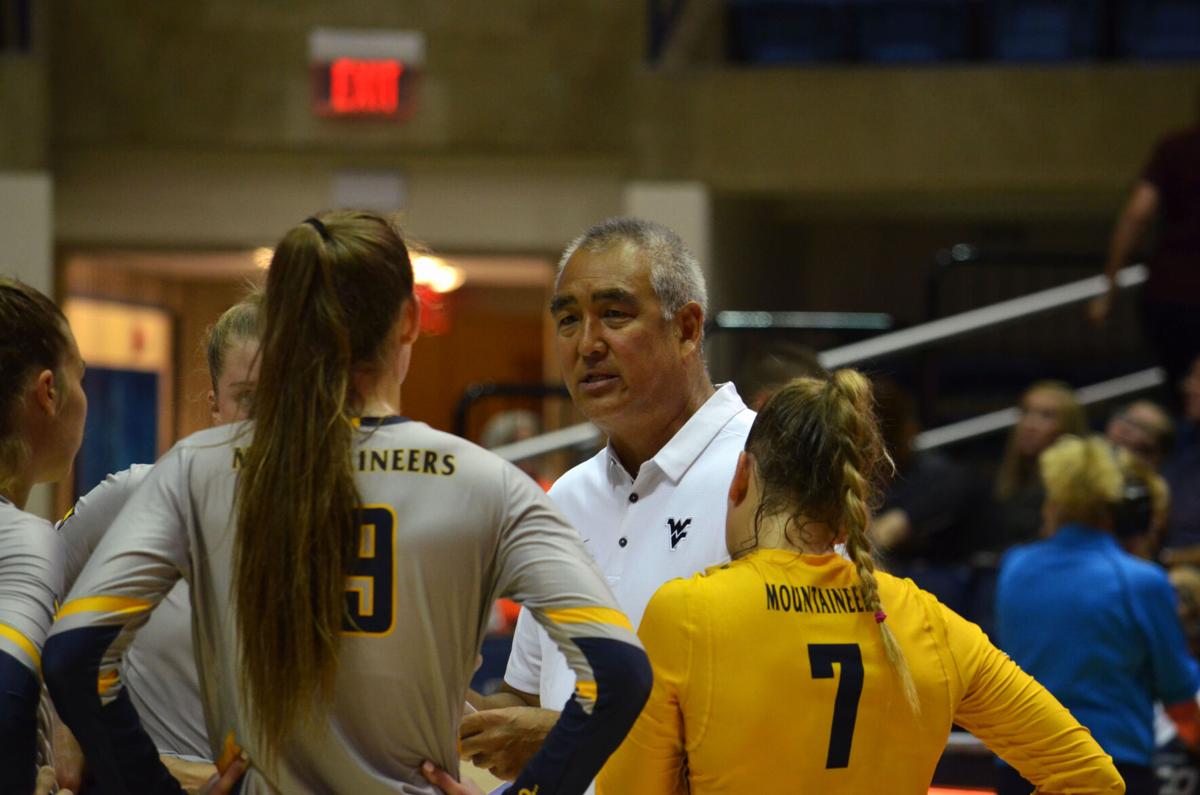 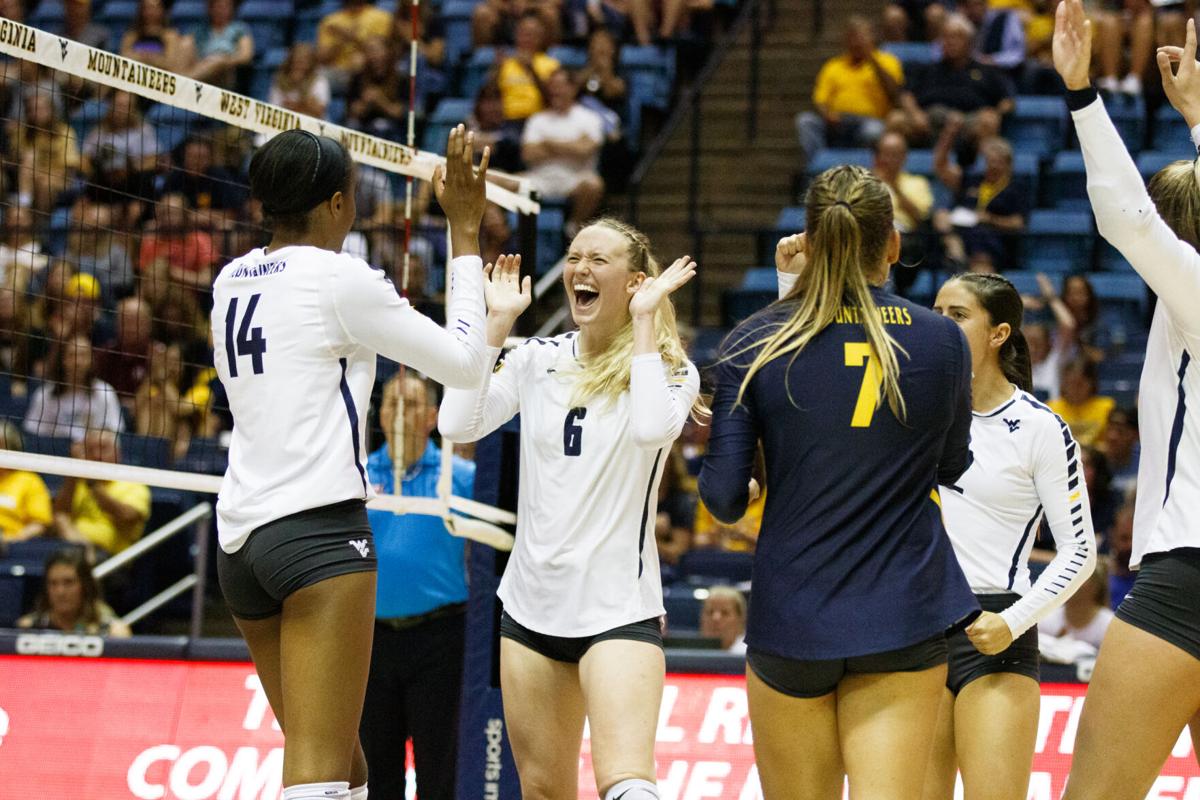 Erin Slinde celebrates a point during WVU's game against Texas Tech on November 16, 2019 at the Coliseum.

The West Virginia University volleyball program has had to overcome a lot of adversity over the offseason due to COVID-19. The players had workouts on their own, while the coaches could only give them workouts to do at home before the team was able to start practicing on Aug. 12.

Head coach Reed Sunahara expressed that starting over again in a short period of time was really tough.

“I think we are still a little behind compared to prior years, we are still trying to get them up to speed,” Sunahara said. “We have been scrimmaging to get into mid-season form.”

This season, WVU is only going to play Big 12 teams. The team plays eight out of the nine other Big 12 foes from now until the week before Thanksgiving. Instead of traveling to eight different schools this year, WVU only has to make four trips in the shortened season.

The first team that the Mountaineers start conference play with is Texas Tech. The Red Raiders finished with a 17-13 record in 2019, while finishing fifth in the conference. TTU lost All-Big 12 First Team recipient Emily Hill to graduation, but the Red Raiders have a lot of returning players from the previous season.

The Red Raiders are represented well by their upperclassmen, having 12 juniors and seniors. Emerson Solano and Brooke Kanas will have to be handled well by the Mountaineers in order to be able to take sets and potentially matches.

Solano is an elite defender for the Red Raiders. As a multiple-time Big 12 Defensive Player of the Week, Solano averaged four digs per set.

Kanas is also someone WVU is going have to pay close attention to as she averaged more than two kills per set last season. She was picked for the All-Big 12 Preseason Team over the summer.

WVU will be led by a group of upperclassmen as well including seniors Briana Lynch, Audrey Adams, Lindsay Proctor and Alexa Hasting and juniors Lacey Zerwas and Kristin Lux.

Lynch, Adams and Lux were third, fourth and fifth on last year’s team in kills, combining for 545 in total. Hasting and Zerwas led the team in digs last season with 451 and 259, respectively. Zerwas also led the team in assists when she piled up 1,116, with Hasting coming in second at 101 assists.

For a Mountaineer team that has not traveled on a plane since March, the team is taking extra precautions in order to be safe during their trip to Lubbock.

“We are going to protect ourselves well,” Sunahara said. “We are going to wear a mask, a shield, and wipe down everything. It’ll be foreign to me going on a plane again.”

The Mountaineers will travel to Lubbock, Texas, to play two matches on Thursday and Friday night, both at 7 p.m. Each match can be streamed live on Big 12 Now as a part of ESPN+.

Hello! My name is Ethan Bock. I am a first year student from Cincinnati, Ohio. My grandpa got me into sports around the age of 8, and I have been hooked on it ever since. I enjoy every sport, and I hope to inform anyone that reads my work!